Facts that we Must Keep on Check 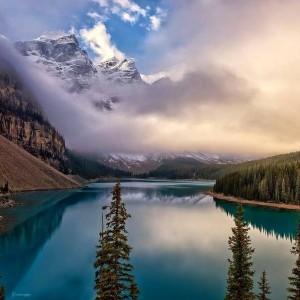 This is an old article that we only republish again so those with an ear to hear, and an eye to see, keep on check:

There is one fact about men in the District, whenever they get caught in a lie or a crime, they always retire and they always have a woman take their place. Source: LINK  Wherein does it read: Quote: It’s about time. After 73 consecutive male Postmaster Generals stretching back to Benjamin Franklin in 1775, the United States Postal Service will be getting its first woman at the helm. end quote

The United States Postal Service, (hereinafter, “USPS”) did not start until 1792 under Samuel Osgood of Massachusetts.  Ebeneezer Hazard was still the Post Master General at the time and as the History Books reveal, was never succeeded by anyone until 2010. Ebeneezer Hazard attempted to obtain a proper succession from The United States of America under the Confederacy to the United States under the Federal Government. However, was unsuccessful because George Washington was a fugitive from justice running from The United States of America after claiming that the Confederacy of 1781 had been reformed and then claimed Supreme Executive Authority over the whole country.

Those claims were treason and sedition against The United States of America. LINK

That sentence remains in effect today for his heirs, successors and assigns. Even today, on the birth certificate, most read on the top right corner as the child being born in a District which makes the child a fugitive from justice under Article IV of the original Articles of Confederation”, paupers, vagabonds and fugitives from Justice excepted. ”  and an enemy of The United States of America.  All those men that were banished to the District had to start another Post Office and did so on February 20th, 1792 with the Postal Service Act. If they already had a General Post Office, why would they have to create a Postal Service under a Postal Service Act?

These facts were cunningly hidden from the people that could not read and write at the time: Source: LINK   page nine spells it out clearly. It reads that the General Post Office was located in New York, and then reads that Samuel Osgood was the Post Master General under the Federal Government. It never read that Samuel Osgood succeeded Ebenezer Hazard.

There is evidence of a General Post Office in New York today, that is evidence of a usurpation of the original Confederacy of 1781 for over 200 years by the District of Columbia. Those in the District of Columbia are still considered enemies in the Trading with the Enemy Act of 1917 and its amendment to include the people in 1933 written by the Districts creditors. The writers of that act were just following the law as it was written at the time. The creditors of the District knew more about the countries history then the people did at the time.

The Confederate States of America were also considered enemies of The United States of America for the same reasons. Those States never returned to finish the business that needed to be finished like properly transitioning from one Government to another form without breaking the original agreement of Article XIII of the Article of Confederation of 1781.

Any arguments against this International Public Notice can be argued back and forth, front and back, in and out, no matter how the truth is twisted by the USPS today. Any argument against the claims of the original General Post Office of the Confederacy of The United States of America is futile. The District of Columbia is within The United States of America and within its jurisdiction and venue as a place of exile for those that would fight to destroy her. Districts do not qualify as Nations, States nor countries under Public International Law nor do they qualify for country codes.

The fugitives heirs, successors and assigns tried to escape from the District in 1871 with the help of its creditors through a municipal city-state.  Then attempted to claim power of attorney for The United States of America in 1874 through the General Postal Union Treaty, now known as the Universal Postal Union today. This would amount to the fugitives taking power of attorney for the warden of a prison. The monarchs that were a part of the General Postal Union Treaty had to demonize the people as enemies of The United States of America (Trading with the Enemy) just in case the people found out why the District of Columbia was created in the first place. The monarchs could not be associated with attempting to release fugitives from justice internationally thereby violating International law. Each move was completed very slowly and over a long period of time.

The United States of America and its affirmed American Nationals decide its future in the name of the Most High in heaven, not any one or any other international entity gets to decide, especially the fugitives exiled to the District of Columbia attempting to free themselves through its USPS.