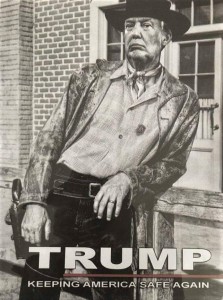 Today POTUS signed the Save Our Seas Act. This proves he cares about our planet+ our marines life+ polluting of the oceans+ holding accountable those that do illegal+ unlawful dumping!❤️

The President has signed into law:

H.R. 46, the “Fort Ontario Study Act,” which directs the Secretary of the Interior to conduct a special resources study to determine the suitability and feasibility of designating Fort Ontario, in the State of New York, as a unit of the National Park System;

H.R. 4854, the “Justice Served Act of 2018,” which authorizes the Department of Justice to award grants under the Debbie Smith DNA Backlog Grant Program for the purpose of increasing the capacity of prosecutors to address the backlog of violent crime cases involving suspects identified through DNA evidence;

H.R. 4958, the “Veterans’ Compensation Cost-of-Living Adjustment Act of 2018,” which provides for a cost-of-living adjustment (COLA) for the beneficiaries of veterans’ disability compensation and dependency and indemnity compensation equal to the Social Security COLA;

S. 1668, which redesignates as the “Joseph Sanford Jr. Channel” the waterway in the State of New York currently designated as the “Negro Bar Channel”; and