Dark Pedophile Channel on YouTube with Over 12 Billion Views — Exposed 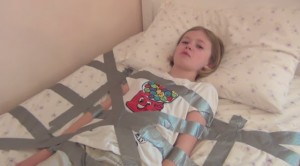 Dark Pedophile Channel on YouTube with Over 12 Billion Views — Exposed

Unfortunately, children being depicted as unwilling participants in controversial videos has spurned a debate over what is appropriate for children, what may have been created for pedophiles, and what parents need to know. Thanks to comedian Daniel Tosh, this disturbing world of YouTube child exploitation is getting some much-needed coverage.

Home movies have been around as long as video cameras. But with the rise of child pornography, the proliferation of pedophiles, and the accompanying technology, a renewed vigilance to protect the innocence of our nation’s youth is needed.

Not only did Tosh expose this darkness, but in a recent publication by Vigilant Citizen, a disturbing discovery was made about online videos, principally located on Youtube, which depict real children in bizarre and unnatural situations. Here’s what they found.

Children with access to Youtube can be tricked into watching videos featuring their favorite Disney characters such as Mickey Mouse. Here’s Mickey getting his ears cut off by scissors.

Here’s Elsa from the movie “Frozen” showing her having sex with Spiderman. 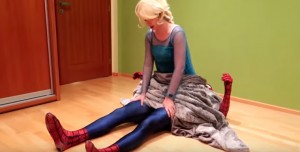 Then there’s the videos which play upon some children’s worst fears.

Here are two infants with fake cockroaches on their faces. 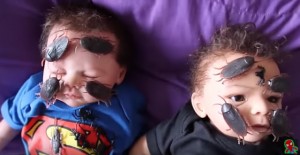 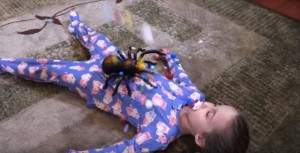 This one shows a giant tarantula crawling on a toddler in a onesie.

But what might be the most disturbing of the videos we uncovered was revealed to us, ironically, by Daniel Tosh. The outspoken comedian and purveyor of controversial videos and off-color topics, was seemingly disturbed by what he learned.

“I’ll level with you. I may have stumbled upon something dark here,” Tosh said.

“Anyone watching these videos needs to put some pants on and turn themselves into the FBI.”

He told his viewers that the children, who star in a Youtube channel called Seven Super Girls, may be unaware of how they’re being marketed, and to which specific audience. Tosh staged a “To Catch a Predator” style of spoof on the type of viewers who were watching the seven girls’ videos. You guessed it….pedophiles. Unfortunately, their videos are extremely popular and serve as an indictment to the world’s pedophilic attractions.

The channel has nearly 3,000 videos uploaded to its channel. But this is no ordinary children’s show, and without a doubt, 1980’s era censors would have driven themselves mad in an attempt to shut down the perversion.

But to a pedophile, the site is a smorgasbord of smut, carefully crafted to serve as eye candy for adults and teenagers to indulge in their child-sex fantasies. After we clicked on the entire list of videos and selected to sort by most popular, it became clear to us at The Free Thought Project, the videos are in no way innocent.

The first video titled “Lucy’s Morning Routine” shows a young girl licking a cream pie. The video has 138 million views, yet never rises above the level of a bad Pee Wee Herman episode. Why so many views? Tosh believes it’s simply a visual feast for pedophiles.

The second video is labeled “Escaping from Your Bed In The Morning!!”and features a young child duct taped to a bed. What might be an interesting video to children, is certainly a child bondage video for predators, who gorge on the fantasies elicited from the viewing.

Our investigation into the Seven Super Girls channel uncovered an incredibly disturbing phenomenon. The girls are all selected as stars of the channel by uploading an audition video to SAKs channels, pronounced “Sax” and eerily close to “Sex” — we believe on purpose. You decide for yourself. When you click on the link to the Youtube video, the official SAKs channels are listed in the comments section.

The video even warns to be wary of fake Seven Super Girls channels. Do you have any idea why? Because pedophiles set up their own fake audition sites so that they can have access to the personal information of children and teens they would choose to exploit. There’s no way uploading a video of one’s child to any of the SAKs sites is an exercise in good parenting.

It’s highly probable that the children, teens, and adults who are creating and uploading the videos have no idea, or don’t care, that pedophiles are gorging on their videos. All of which makes the seriousness of the proliferation and views of the videos that much more disturbing. How can parents, teens, and children resist the temptation to be internet famous? After all, if the Jenner girls are all doing it, why shouldn’t they? That’s a fair question.

The Seven Super Girls channel has nearly 7 million subscribers, and their videos have been viewed 7.4 billion times. The information under the “about” tab shows a business email for the site to be enquiries@sevensupergirls.com. Notice the word “enquiries” is written in British English not the American English spelling of “Inquiries”.

The New York Times wrote the following about the SAKs channels;

The SAKs channels, as they are known, were started in 2008 by seven families in Britain who, in the early days of YouTube, wanted to make sure their children were making family-appropriate content. The only remaining parent of that original partnership is Ian Rylett, who is currently in charge of the SAKs operation.

It’s safe to say, the family-appropriate content has taken a backseat to pedophile appealing content. Other than the New York Times article, little is known about Mr. Rylett who runs the SAKs corporation which employs a staff of six.

Mr. Rylett, who lives in Leeds, said producing the channels was essentially his full-time job. He and a team of six others take care of copyright issues, create sponsorship deals, come up with weekly themes, monitor the channels and arrange meet and greets. The tickets for a 1,000-seat event that is coming up in Orlando, Fla., are selling for $30 each.

We want our readers to think for themselves. If you’re a parent or are thinking about being one, and want to protect your children from pedophiles, by all means, visit the Seven Super Girls Youtube channel. Decide for yourself if Mr. Rylett and his team are doing a good job of monitoring the content of the children’s videos to prevent the site from becoming food for famished pedophiles.

As The Free Thought Project has reported on many occasions, a vast pedophile network exists in the U.K., which has even incriminated former UK Prime Minister, Sir Edward Heath.