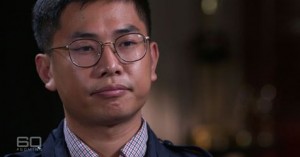 It is no secret that communist CHINA has been the master culprit+ and along their masters agents as has been the CIA, FBI+ and all government agencies within our country+ and along M1 through M16 throughout the world. Just ask Nancy Pelosi and her affiliates.+ and all corporal congress/politicians. She knows the role China has played within The United States, and our people. Why do you think they have made so much money? The answer is China buying them through racketeering so they can control our people+ and our land. And further,  just ask all universities staff members within this country, as well as the counsel for foreign relations. They all chose joining the big boys and big girls Uranium+ and drugs CLUB. Also known as the Traitors Club. A club that specialize in making money at the expense of the people+ and nature.  Actually our country The United States has been under communist CHINA control for decades.

It has been communist America- until now. Until now because their party is OVER. No more making money from the people’s personal+ and original account without consent. China is buried, and so are its affiliates. Humanity is not for public use. NOR is Intellectual property for sale.

The Chinese people, and along with young man as this one on #60minutes needs hold accountable all the perpetrators that have committed hideous crimes against them. Against humanity worldwide, and inclusive now in Bolivia. They want the uranium+ and resources in Bolivia, and so does Germany United States Deep State. They are the ones using National Organization/National Groups= NG to create division, hate, and killings. They are paid for hire people that saw easy money in their hands! These tactics they have use worldwide through government agencies, and or clever parasites that are willing to do the job. Is this clever or what? This is how they have destabilized nations after nations= rape the women, and children, and put the men in jail. Thereafter, they put in power for a president, and or a puppet of their liking that must do what they say, as for example have him/her sign contracts with the Chinese, and or the German for a hundred year that then would give them the right to plunder the land, + take their ports, all their government agencies, their wealth+ and voiding all their laws. This is the same thing they are trying to do in Venezuela with parasite Juan Guaido.

Communist China need to get the fuck out from South America+ and North America.

Government agencies are just that= agencies that are there for serving its own people. Agencies that are instituted by the people for the purpose of serving them. Most certainly Not for serving criminals oligarchs that think they are chosen to control the people all ways always, and without moral values. Without moral principals. Parasites with this mentality needs be cease and desist. Destroy what no longer serve their purpose.

Keep thou not silent when evil is spoken, for Truth like the sunlight shines above all.

He who over-steppeth the Law shall be punished, for only through Law comes the freedom of men.

Cause thou not fear, for fear is a bondage, a fetter that binds the darkness to men.

For unreasonable anger, and desires are the most existing evil.

For it is decreed by Fate that he that does any evil should suffer for it.  ~the god of wisdom