We Wonder Why HSBC Bank is Clossing Diplomatic Accounts? 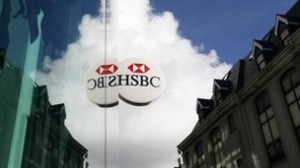 HSBC bank has reportedly asked more than 40 diplomatic missions to close their accounts as part of a programme to reduce business risks.

The Vatican’s ambassadorial office in Britain, the Apostolic Nunciature, is among those said to be affected.

The head of the UK’s Consular Corps told theMail on Sunday the decision has created “havoc”.

The Foreign Office has been in touch with HSBC, stepping in to help diplomats open other bank accounts.

HSBC said embassies were subject to the same assessments as its other business customers. They need to satisfy five criteria – international connectivity, economic development, profitability, cost efficiency and liquidity.

A spokesman said: “HSBC has been applying a rolling programme of “five filter” assessments to all its businesses since May 2011, and our services for embassies are no exception.

The Mail on Sunday reported that the High Commission of Papua New Guinea and the Honorary Consulate of Benin have also been asked to move their accounts within 60 days.

Bernard Silver, head of the Consular Corps, which represents consuls in the UK, told the paper: “HSBC’s decision has created havoc.

“Embassies and consulates desperately need a bank, not just to take in money for visas and passports but to pay staff wages, rent bills, even the congestion charge.”

John Belavu, minister at the Papua New Guinea High Commission, said: “We’ve been banking with HSBC for 22 years and for them to throw us off in this way was a bombshell.”

Lawrence Landau, honorary consul of Benin, told the paper his mission had been having trouble finding a new bank.

He said: “We have been trying everyone but all the UK banks are clamming up.”

Suspicious accountsEmbassies are treated like business customers by banks as they generally use services like cash and payroll management and can take out loans.

They also have to pay for ambassadorial accommodation and costs such as school fees for the children of diplomats – expenses that are difficult to meet without a valid UK bank account.

They are sometimes considered to be at risk of money laundering activities because of their political exposure and banks have been warned in the past for failing to flag up suspicious accounts.

The Riggs National Bank in Washington was fined and later sold off after a 2004 US Senate report revealed executives in its embassy business had helped Chilean dictator Augusto Pinochet hide millions of dollars.

HSBC was fined $1.92bn (£1.26bn) by US authorities last year after it was blamed for alleged money laundering activities said to have been conducted through its Latin American operations by drug cartels.

The bank admitted at the time that it had failed to effectively counter money laundering.