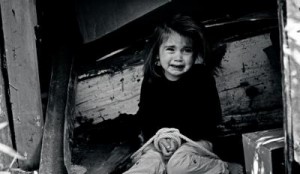 474 people have been arrested in California in a 3 day sting operation called “Operation Reclaim and Rebuild.” Over 30 federal, state and local law enforcement agencies and task forces participated in the operation, which saved 28 children and 27 adults.

“You are worthy of more. And we will work tirelessly with our partners…to provide you services and help you rebuild your life,” Sheriff Jim McDonald said, addressing the victims during a news conference on Tuesday.

While this is a massive success for the movement to end human and child trafficking, there remains much work to be done. This huge operation will once again bring more conversation around this topic and the need for this issue to be taken even more seriously by the public. Child and human trafficking is extremely real and is prevalent, even in higher levels of governance, politics and finance.

This latest operation makes it clear too that the alleged Pizza-gate story is one that should not be dismissed without due investigation. We can’t just ignorantly dismiss something because we don’t want to believe it isn’t happening and that it might involve high level politicians and well known elites. We as a society owe all victims of this terrible crime thorough investigations into possible or suspected trafficking cases.

With that said, even if a person doesn’t believe there is a Pizza-gate happening, the topic and conversation itself deserves attention and proper investigation. Remember, there has been no official investigation one way or the other regarding the alleged Pizza-gate story that broke due to Wikileaks release of emails from John Podesta back in October 2016.

We must also remember back to when it was alleged that former BBC broadcaster Jimmy Savile was sexually abusing children, but was put off as a “conspiracy theory” only until after he died, when literally hundreds of people came forward to prove that he did sexually abuse children.

Additionally, over the years, the Vatican has paid nearly $4 billion dollars to victims of pedophilia, which stemmed from clergy members abusing children. When it comes to the elite, it doesn’t get much higher than the Vatican. If the Vatican is involved, there are certainly lower level, but still powerful, groups and organizations involved. The lies and cover-ups are unraveling.

Back in November of 2016, there were also two famous UK footballers who went public with information relating to sexual abuse they suffered as children at the hands of elites within the UK football circles.

Also back in the Fall of 2016, the FBI rescued 82 children in a nationwide child-trafficking sting operation.

What we’ve seen in recent months is this topic not only being discussed by many more people around the world, but we are seeing rescues and the truth of the situation come to light. We are seeing more momentum around this topic. Certainly, at some point the right dot will connect and it will bring down very well-known people and organizations. Additionally, the more arrests that are made, the more likely that one of those people will also be connected with some powerful people and organizations. Let’s hope that those arrested spill the beans on everything they know and everyone who has been or is involved.

Again, this is a very positive sign for all people involved and for humanity itself. The terrible crimes of human and child trafficking are coming to light. And because more is coming out, it prepares the world for even darker revelations about child trafficking and the global elite syndicate. Fascinating times we are in.

by Lance Schuttler , The Mind Unleashed