There is no Interregnum 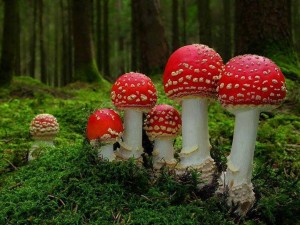 Everyone needs understand that our government is not in any “interregnum” as the result of a governmental services corporation going bankrupt.

That is a problem for the owners and operators of that corporation. It is not a problem for the lawful sovereigns of this country. We are able and willing to appoint new federal entities to act as our agents in the international venue and we have done so.

This is the equivalent of dropping the employment contract of a criminal housekeeper and hiring someone new to do the job. The IMF owned and operated UNITED STATES is insolvent. It presumed upon us, stole our identities, racked up our credit accounts to the moon — and we have repudiated the entire circumstance and the associated odious debts.

Everyone on Earth can plainly see that the sovereignty of this country is fully vested in the unincorporated people and organic states and has never been vested in any incorporated legal fiction entity at all. Ms. Hudes’ presumption that this country is in any kind of “interregnum” is the height of self-interested wishful thinking.

If any form of “United States” is in interregnum, it is the euphemistically named United States of America, Minor—- composed of the seven (7) Insular states and the District of Columbia.

It isn’t the Continental United States and any confusion with us will be summarily dealt with—most likely at the end of a rope for those promoting it.

The sovereignty of our country has always been with the people and the organic states on the land, not with any incorporated vessel in commerce.

Our country has never been bankrupt, hasn’t been at war in 150 years, and we are not obligated to explain our actions or inactions.

Suffice it to say that we have returned home to find that our hired help has acted in Breach of Trust, has misrepresented us and grossly abused our property and good name with criminal intent to defraud us of our inheritance and to institutionalize a multi-generational fraud scheme perpetuated by a joint collusion between the Federal Reserve Banks and the International Monetary Fund/World Bank/IBRD —all of which are in receipt of stolen goods belonging to us and our progeny.

As of the sixth of November 2015 we concluded Treaty negotiations with leaders of two of the largest American Indigenous Nations, the Lakota Sioux and the Athabasca. As a result of our Declaration of Joint Sovereignty all the Native Americans have regained their status as free sovereign people on the land, and as a further result, we have placed our international agency with these nations whose fate and future are allied most closely with our own.

After a National Plebiscite allowing people to express their true political status under conditions of full-disclosure and clearing away five generations-worth of fraud, semantic deceit, and abusive criminality by a succession of bank-run governmental services corporations – we may indeed call for a Continental Congress of the organic states of the Union, in which knowledgeable Fiduciary Deputies acting under full commercial liability take up the issues posed by the present circumstance and 150 years of bad housekeepers and dishonest stable boys.

For now let it be observed by the Holy See and the entire World that the British Monarch has acted in unrepentant Breach of Trust, that Dishonor of our National Trust is entirely the fault of a succession of such Monarchs since 1845, that all debts ever accrued by the organic states of the Union are limited to those services actually received and contracted for under the provisions of the Original Equity Contract known as The Constitution for the united States of America and that all other debts are not and never were our responsibility.

Let it also stand that as a result of this fundamental Breach of Trust by the British Monarchs we have been mischaracterized and defrauded and press-ganged and subjected to enslavement and peonage, that false titles have been imposed upon our assets and many false and infamous claims have been made against us and our property. We have also been misrepresented as criminals and war-mongers and immoral libertines to the rest of the world.

All this has happened despite British assurances of perpetual friendship and amity, despite the many signatures and seals of British Monarchs and British Crown officials on Treaties, United Nations Declarations, Geneva and Hague Conventions, Trade Agreements, Pacts, and Alliances. These perpetrators of fraud and criminality have betrayed and enslaved their own people since the 1867 Enfranchisement Act. They have betrayed their Allies in both War and Peace.

The IMF-run governmental services corporation in America has amassed a huge commercial mercenary army on our shores, disguised as government agencies –BATF, FEMA, DHS, IRS, FBI, CIA, and so on– when in fact these are all nothing but private, for-profit corporations lacking any public office or authority at all. These are bands of armed thugs who are being instructed to bully and rob us by criminals pretending to hold public offices and by bankers who are running governmental services corporations “as if” they were actual governments.

Imagine that you pay ABC Housekeeping Services, Inc. to do your laundry, vacuum your carpet, clean the kitchen, empty the trash, and scrub down the bathroom once a week. They subcontract the work out and hire DEF, Inc. to do the laundry; GHI, Inc. to do the vacuuming and so on.

Then imagine that ABC Housekeeping Services, Inc. directs all these subcontractors to boot up, ambush you, rob you, beat you, and bring false charges against you—and also pretends that you asked for this “service”. That’s what we have going on in America and we have reason to believe the same thing is going on all over the world.

This Babylonian Slave System has been instituted to the tune of Yankee Doodle Dandy and Rule Britannia and the Marseilles— and all these evils perpetuated from 1845 until now have been finessed by the British Government despite the fact that slavery has been outlawed worldwide since 1926 and despite the fact that war has been outlawed since the Kellogg-Briand Pact of 1928. They just call it by a different name, put on a new uniform, create a new office for themselves and pretend that it’s all right.

All the purloined and borrowed assets owed to the American people and the organic states of the Union must be returned to us, the lawful Entitlement Holders, First Copyright Holders, Heirs, and Beneficiaries and released to our control, free and clear, with interest— with no further obfuscation or delay. That is our counter-offer to Ms. Hudes and the banks she works for.

Any Waco-style attacks against Americans will be instantly recognized as criminal acts by those corporations and corporate officers responsible. Not only the immediate field staff but the entirety of the corporate chain of command will be held individually and commercially 100% liable. Those responsible for any such acts will be prosecuted to the full extent of the Public Law, up to and including Public Execution. Their corporations will also incur an immediate and published lien of two (2) billion ounces of fine silver per American murdered by any “federal” employee or agent — one billion to be paid to actual government of this country and one billion to be paid to the victim’s family, plus any Bounty Hunter fees, court fees, or other expenses.

We will happily bankrupt every corporation and liquidate every agency that promotes violence or criminality of any kind. We will happily prosecute every banker, every attorney, and every politician responsible. We do not recognize this as any kind of “war” but merely high level garden variety crime that has not been recognized for what it is and properly addressed.

We presented our complaints to Pope Benedict XVI in 2008 in his Extraordinary and Secular Role as Trustee of the Global Estate. We have continued to press for a peaceful settlement in which the American assets are returned to the American people and their organic states for the past eight years. This is not rocket science and we have not hindered any reasonable solution or refused any equitable settlement.

We have appointed Athabasca Chief Michael Young to act as our Agent and have appointed General Joseph F. Dunford, Jr. in his capacity as a Commanding General of the American Armed Forces to act as our Fiduciary Deputy to collect our gold and all other material assets which were illegally confiscated, mortgaged, and otherwise improperly entangled in the bankruptcy of the United States of America, Inc. by the Franklin Delano Roosevelt Administration and which have been received as stolen goods by the Global Debt Facility, World Bank, IBRD, IMF, FEDERAL RESERVE, BIS, etc.

The banks and trustees responsible have been notified and there is no excuse for continued attempts to avoid the truth and misrepresent the circumstance.

We remark with Mark Twain that rumors of our death have been greatly exaggerated. The lawful unincorporated government of this country is alive and well; the free, sovereign and independent people of the United States are here to rebut any claim that our sovereignty has faltered much less entered any interregnum.

As we have repudiated the odious debts compiled by the IMF dba UNITED STATES and refused any claim by the World Bank to act as Successor to Contract it should also be clear that we do not recognize any actions by Barack Hussein Obama creating bankrupt Puerto Rican public transmitting utilities named after us or any other American living or dead and styled like this: JACOB J. LEW.

We do not recognize any franchises created by False Usufructs in our names and employed by the same False Usufructs under conditions of fraud and deceit to enrich themselves and the corporations they have employed as a means of theft and violence. Any and all such legal “persons” and all debts or charges associated with them are the responsibility of the corporations that created them and nobody else on Earth—least of all the victims whose names have been seized upon and copyrighted by criminals.

Since 1860 a succession of imposters have presented themselves as public office holders while in fact occupying similarly-named private corporate offices instead. This fraud and deceit has allowed them to abuse what appears to be public office for private gain and to coercively and abusively impose upon the people of the United States.

The American Bar Association and the Internal Revenue Service have both been owned and operated under false pretenses and clandestine fraud by Northern Trust, Inc. and have functioned as Undeclared Foreign Agents on our soil for decades. They have been employed to act as private bill collectors and privateers while posing as lawful judicial officers and employees of our government while in fact being employed by bank-run governmental services corporations and used to promote racketeering and armed extortion under Color of Law.

Fraud begun during the Administration of Abraham Lincoln has led to 150 years of war, misery, and enslavement of hundreds of millions of innocent people worldwide— the American people among them. Deluded victims of misplaced confidence we supported the perpetrators of these crimes and acted as their unwitting accomplices.

May Our Father in Heaven and all the people we have harmed forgive us as we deal with this outrageous criminality in our midst.

Judge Anna is a shining light(common law judge) for the entire world, bringing awareness and knowledge to everyone as well as a new system of transparency. May love and safety cover you always.