The Seal… No deal 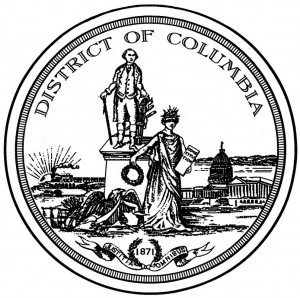 This simple explanation on this article apply for those that are learning about this pressing issue. The more knowing and knowing, the better for everyone. – ~ = We are almost certain this issue is on the final stage for burial.

The Seal of the District of Columbia features the date 1871, recognizing the year the District’s government was incorporated ….that created the (All Capital Letters) “UNITED STATES OF AMERICA” thereby creating a private U.S. corporation which is its own city-state of its own country with its: Own mayor, police force, constitution, post office pays no taxes and is not beholden to any other country. Just like the City of London and the Vatican,

The Owners of the private corporation, THE UNITED STATES OF AMERICA, are the City of London and the Vatican.

When we pay taxes we “voluntarily” submit our tax returns to Washington, D.C. yet pay our taxes to the UNITED STATES TREASURY; A private corporation registered in Puerto Rico!

Henry Paulson, Timothy Geithner, and every treasury secretary since 1913 are appointed but not as cabinet members. The U.S. Secretary of the Treasury is not sworn in and speaks no oath of loyalty or defense of the United States.

I have documented corruption in the DC Government.

The United States is subject to state capture, and we are operating under a second, secret Constitution.

The Constitution of 1789 was replaced in 1871 when Revolutionary War debts fell due to the Banking Cartel.

The courts have been corrupted. At the suggestion of the clerks, I asked the District Court and the Court of Appeals of the District of Columbia to comment on the secret contracts of adhesion the banks hide in our signature cards that waive our rights under the Constitution to real courts.
freedom-school.com/invisible-contracts.pdf
​
​When these judges refused to comment, I presented claims against the surety and fidelity bonds of the Federal judiciary for breaking their oaths of office s3.amazonaws.com/khudes/Twitter5.12.15.pdf​

The US Congress is runaway. A lawsuit, Walker v. Members of Congress, was filed in 2004. This lawsuit established that the actions of Congress are, in fact, criminal in nature rather than simply a civil or political action. Thus, the refusal of the members of Congress to call a convention under Article V not only violates the Constitution, but is a criminal act as well.

Thus, all members of Congress have publicly advocated they oppose obeying the direct text of the Constitution and support they having a veto of its text. Secondly, it brought to the attention of the courts that such refusal was a violation of several criminal laws among them, 18 U.S.C. 1918, violation of oath of office by federal officials. The penalty for such violation is one year in prison and removal from office.

Finally, Walker v. Members of Congress was significant as it was the first lawsuit in history directly dealing with a convention call of Article V to be presented to the Supreme Court. In October, 2006 the court denied a writ of certiorari and thus refused to consider the case. However, the United States, under Supreme Court Rules, had already conceded as fact and law that it held that Congress could veto the text of the Constitution.

​Due to the corrupt business environment in the District of Columbia, DC is going to lose its largest employers, the World Bank and IMF. That is just for starters. I have made this point to Mayor Muriel Bowser, who is also bankrupt under a commercial lien for interfering with the Global Currency Reset.

The District of Columbia has a special role.

After 1871, when the Banking Cartel adopted a second secret constitution, (and created The Seal) it used some tricky legal maneuverings involving DC. The United States is actually now a series of inter-connecting legal entities structured as a corporation, granting dubious powers to the Federal government and other ‘governing entities.’ Beginning with the Organic Act of 1871, the nation has since been stripped of any legitimate sovereignty, and the citizens are now traded as stocks in bondage to a corporate machine.