The Apocalypse of the Belief- Healing our Culture 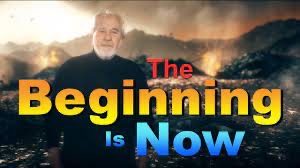 Humans evolved from within a “Garden,” a community that expresses the height of species cooperation. However, Judeo-Christian philosophy based on the message provided in the Biblical story of Genesis, led people to believe that humans had dominion over Nature. This vision was further emphasized in the era of Modern Science, when Francis Bacon penned that the mission of science was to “dominate and control” Nature.

Well, how’s that working out? Clearly, the world is now in a major state of chaos. Human behavior has precipitated the planet’s 6th Mass Extinction Event, and now civilization is facing an imminent extinction.

I believe the primary reason for our current predicament is that civilization’s behavior is shaped by four fundamental scientific principles that are now found to be flawed or even outright wrong.

(1) The Newtonian focus on the material world as a separate entity from the energy realm has left consciousness and spirit out of our worldview … a belief that has been undermined by quantum physics.

(2) The science of conventional genetics has led us to believe that our lives are “preprogrammed” by the genes we inherited at conception, we are victims of our heredity … the new science of epigenetics now reveals that consciousness controls gene expression, so in fact, we are masters of our genome.

(3) Darwinian theory emphasizes that random genetic mutations initiate evolution, suggesting there is no reason for our being here … in contrast, new science emphasizes that mutations are not random, but are adaptive in nature. We are here as complements of Nature, not masters.

(4) Darwinian theory emphasizes that evolution is driven by a competition for fitness in the struggle for life, in other words, life is a rat-race with violent competition … new science recognizes that “cooperation” is the drive force of evolution, to survive we must return to our aboriginal roots and recognize that we are here to cooperate as Nature’s gardeners. The four failed scientific assumptions have brought us to the threshold of extinction.

To survive we must radically change cultural behavior to conform to the current vision of science, a perspective that recognizes we are spiritual (energy) beings inhabiting a virtual reality suit (body) that enables us to be creators and experience sensations such as sunsets, music concerts, fabulous foods and of course, LOVE. With the “new” science we are empowered to manifest Heaven on Earth… a far better, healthier, and happier mission statement than dominating and controlling Nature.

To thrive into the future, we must recognize our creative empowerment and when necessary, reprogram limiting and disempowering behaviors acquired in the first seven years of life. The glass is half-full … the disruption resulting from the current COVID crisis is opening the door for an opportunity to reinvent civilization. Activities such as the “Me Too,” “Black Lives Matter,” “New Green Revolution,” and others like them, bring to Light the historical flaws that we must correct in order to evolve into a better, more inclusive, and healthier society.

The glue that will hold us altogether in the future is LOVE: love of self, love of others, and love of Nature. It is time to take back your power! Please checkout this month’s video by Alex! It is an empowering and informative video on the four assumptions shaping the fate of human civilization.