The Ancient Pagan Origins of Easter

Easter Sunday, a festival and holiday celebrated by millions of people around the world who honour the resurrection of Jesus from the dead, described in the New Testament as having occurred three days after his crucifixion at Calvary. It is also the day that children excitedly wait for the Easter bunny to arrive and deliver their treats of chocolate eggs.

Easter is a ‘movable feast’ which is chosen to correspond with the first Sunday following the full moon after the March equinox, and occurs on different dates around the world since western churches use the Gregorian calendar, while eastern churches use the Julian calendar. So where did this ‘movable feast’ begin, and what are the origins of the traditions and customs celebrated on this important day around the world? 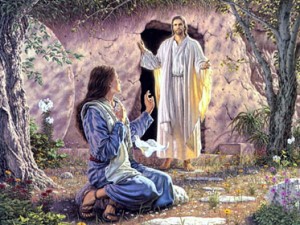 Most historians, including Biblical scholars, agree that Easter was originally a pagan festival. According to the New Unger’s Bible Dictionary says: “The word Easter is of Saxon origin, Eastra, the goddess of spring, in whose honour sacrifices were offered about Passover time each year. By the eighth century Anglo–Saxons had adopted the name to designate the celebration of Christ’s resurrection.” However, even among those who maintain that Easter has pagan roots, there is some disagreement over which pagan tradition the festival emerged from. Here we will explore some of those perspectives.

Resurrection as a symbol of rebirth

One theory that has been put forward is that the Easter story of crucifixion and resurrection is symbolic of rebirth and renewal and retells the cycle of the seasons, the death and return of the sun.

According to some scholars, such as Dr. Tony Nugent, teacher of Theology and Religious Studies at Seattle University, and Presbyterian minister, the Easter story comes from the Sumerian legend of Damuzi (Tammuz) and his wife Inanna (Ishtar), an epic myth called “The Descent of Inanna” found inscribed on cuneiform clay tablets dating back to 2100 BC. When Tammuz dies, Ishtar is grief–stricken and follows him to the underworld. In the underworld, she enters through seven gates, and her worldly attire is removed. “Naked and bowed low” she is judged, killed, and then hung on display. In her absence, the earth loses its fertility, crops cease to grow and animals stop reproducing. Unless something is done, all life on earth will end.

After Inanna has been missing for three days her assistant goes to other gods for help. Finally one of them Enki, creates two creatures who carry the plant of life and water of life down to the Underworld, sprinkling them on Inanna and Damuzi, resurrecting them, and giving them the power to return to the earth as the light of the sun for six months. After the six months are up, Tammuz returns to the underworld of the dead, remaining there for another six months, and Ishtar pursues him, prompting the water god to rescue them both. Thus were the cycles of winter death and spring life.

The Descent of Inanna

The Descent of Inanna. Image source.

Dr Nugent is quick to point out that drawing parallels between the story of Jesus and the epic of Inanna “doesn’t necessarily mean that there wasn’t a real person, Jesus, who was crucified, but rather that, if there was, the story about it is structured and embellished in accordance with a pattern that was very ancient and widespread.”

The Sumerian goddess Inanna is known outside of Mesopotamia by her Babylonian name, “Ishtar”. In ancient Canaan Ishtar is known as Astarte, and her counterparts in the Greek and Roman pantheons are known as Aphrodite and Venus. In the 4th Century, when Christians identified the exact site in Jerusalem where the empty tomb of Jesus had been located, they selected the spot where a temple of Aphrodite (Astarte/Ishtar/Inanna) stood. The temple was torn down and the So Church of the Holy Sepulchre was built, the holiest church in the Christian world.

Dr Nugent points out that the story of Inanna and Damuzi is just one of a number of accounts of dying and rising gods that represent the cycle of the seasons and the stars. For example, the resurrection of Egyptian Horus; the story of Mithras, who was worshipped at Springtime; and the tale of Dionysus, resurrected by his grandmother. Among these stories are prevailing themes of fertility, conception, renewal, descent into darkness, and the triumph of light over darkness or good over evil.

Easter as a celebration of the Goddess of Spring 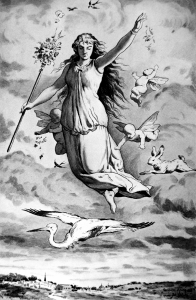 A related perspective is that, rather than being a representation of the story of Ishtar, Easter was originally a celebration of Eostre, goddess of Spring, otherwise known as Ostara, Austra, and Eastre. One of the most revered aspects of Ostara for both ancient and modern observers is a spirit of renewal.

Celebrated at Spring Equinox on March 21, Ostara marks the day when light is equal to darkness, and will continue to grow. As the bringer of light after a long dark winter, the goddess was often depicted with the hare, an animal that represents the arrival of spring as well as the fertility of the season.

According to Jacob Grimm’s Deutsche Mythologie, the idea of resurrection was ingrained within the celebration of Ostara: “Ostara, Eástre seems therefore to have been the divinity of the radiant dawn, of upspringing light, a spectacle that brings joy and blessing, whose meaning could be easily adapted by the resurrection-day of the christian’s God.”

Most analyses of the origin of the word ‘Easter’ maintain that it was named after a goddess mentioned by the 7th to 8th-century English monk Bede, who wrote that Ēosturmōnaþ (Old English ‘Month of Ēostre’, translated in Bede’s time as “Paschal month”) was an English month, corresponding to April, which he says “was once called after a goddess of theirs named Ēostre, in whose honour feasts were celebrated in that month”.

The origins of Easter customs

The most widely-practiced customs on Easter Sunday relate to the symbol of the rabbit (‘Easter bunny’) and the egg. As outlined previously, the rabbit was a symbol associated with Eostre, representing the beginning of Springtime. Likewise, the egg has come to represent Spring, fertility and renewal. In Germanic mythology, it is said that Ostara healed a wounded bird she found in the woods by changing it into a hare. Still partially a bird, the hare showed its gratitude to the goddess by laying eggs as gifts.

The Encyclopedia Britannica clearly explains the pagan traditions associated with the egg: “The egg as a symbol of fertility and of renewed life goes back to the ancient Egyptians and Persians, who had also the custom of colouring and eating eggs during their spring festival.” In ancient Egypt, an egg symbolised the sun, while for the Babylonians, the egg represents the hatching of the Venus Ishtar, who fell from heaven to the Euphrates. 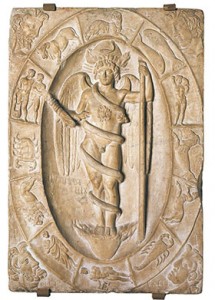 In many Christian traditions, the custom of giving eggs at Easter celebrates new life. Christians remember that Jesus, after dying on the cross, rose from the dead, showing that life could win over death. For Christians the egg is a symbol of Jesus’ resurrection, as when they are cracked open, they stand for the empty tomb.

Regardless of the very ancient origins of the symbol of the egg, most people agree that nothing symbolises renewal more perfectly than the egg – round, endless, and full of the promise of life.

While many of the pagan customs associated with the celebration of Spring were at one stage practised alongside Christian Easter traditions, they eventually came to be absorbed within Christianity, as symbols of the resurrection of Jesus. The First Council of Nicaea (325) established the date of Easter as the first Sunday after the full moon (the Paschal Full Moon) following the March equinox.

Whether it is observed as a religious holiday commemorating the resurrection of Jesus Christ, or a time for families in the northern hemisphere to enjoy the coming of Spring and celebrate with egg decorating and Easter bunnies, the celebration of Easter still retains the same spirit of rebirth and renewal, as it has for thousands of years.