The American People Are Asking for Military Intervention-Protection 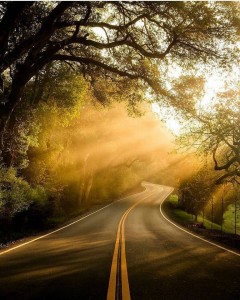 The American people have had it.

We the people are demanding the immediate intervention-protection from our military, and even from other countries if needed, to combat-arrests the infestations of criminals throughout our land.

We are commanding the dismantling of all corporate court system throughout our land that is disguising as “public court of our people” when in fact is criminal body committing hideous crimes against our people, inclusive of jail for profit, the murdering, killing of our people, kidnapping of our children, human trafficking, slavery, extortion, and genocide inflicted deliberately, and knowingly by criminal gang as the police, The Port Authority, Insurance Commissioner, Department of Transportation, referees, marshals, attorneys, esquires, judges, counties clerks, governors, mayors, CEO, FDA, quack scientists-=The BAR.

We the American people are demanding the immediate dismantling of all attorneys’ offices, their arrests, and deportation.

OUR hearts are broken for the crimes being committed against our people by these foreigners that call themselves the chosen ones. For them we the American people are useless, trash- people of lower society-= They mock, laugh, or claim we are with mental disease.

The belittling is measureless.

Details of the Treason Against the Actual United States

During 1909 the vermin surreptitiously placed a “title” on all land in America, as “security” for the debts of The United States of America, Inc., which started operations in 1868 and which was bankrupted in 1907.

Please note that “The United States of America, Inc.” was a private, mostly foreign-owned corporation in the business of providing governmental services and it never, ever had any valid claim on anyone’s state public or private land anywhere in this country.

That bankruptcy ended in 1953 with all debts settled and discharged. However, the vermin then claimed that it was “impossible” for them to identify and return title to the purloined land assets to the actual heirs and owners, that they were “unknown” after nearly fifty years, and that as a result, it all had to be “claimed as abandoned property” and set aside in a giant public trust, which would itself benefit from the land assets and all the taxes generated from taxing the lease-holders— all the people who have bought land and participated in land sales ever since.

“The Department of Agriculture” has held the agricultural liens ever since.

If the Generals want to do their duty, it is more than past time for them to listen to their actual bosses, the people of this country, and clean the Mess up in the District of Columbia, including the Mess at the USDA by forcing the return of the land patents to the actual heirs wherever possible and to the current owners where it is not possible to determine who the land rightfully should belong to. This also means ending the foreclosure fraud that is ongoing.

All these people have bought land and homes and other business property in Good Faith. The transactions involved have been advertised as “loans”—whether home loans or business loans, and they have instead been future lease-purchase agreements and no loans from any bank have actually occurred. The banks have acted as brokers instead.

These transactions have also been advertised as “sales” but instead have been leases by trust property management companies deceptively calling themselves the “State of Oregon” and “STATE OF OREGON”, etc.

It is time for this vast criminal fraud to end and for those responsible to be exposed and removed, root, stem, and leaf.

The reality of this circumstance has been hidden from the public and from the employees of the military and the various for-hire government services contractors via a process of strict compartmentalization so that one hand has not known what the other hand was doing.

The IRS was given accounts to collect. The Internal Revenue Service was given accounts to receive. Two different organizations, two different Commissioners, two different functions. Yet it has all been calculated to deceive and to create a constructive fraud. They’ve been collecting taxes from us under false pretenses that we were “voluntary” federal employees — Withholding Agents— that is, Warrant Officers in the Merchant Marine Service. They’ve been dumping the proceeds into generation skipping trusts named after us and “presuming” that we all knowingly and willingly agreed to this scheme benefiting them in exchange for “benefits” that we paid for ourselves. The “Congress” operating solely as a foreign Territorial or Municipal government has then claimed all these deposits as “abandoned funds” — the same lie and schtick they started using back in 1909.

All of these parasitic foreign commercial corporations need to be shut down and recognized as international crime syndicates operating on our shores.

And where are the Generals who are supposed to be protecting us and our money? What are we paying them for? To run around causing trouble in Mali? To kiss Hillary Clinton’s criminal ass?

How about President Trump, who is supposed to be acting as Commander-in-Chief for our for-hire military service?

It’s like being attacked, buggered, and trussed up by your own butler. You are paying him for services and these are the “services” he is delivering. The American people are being coerced and suffering violent racketeering from the Housekeeping Service they hired and have supported in Good Faith.

We have suffered press-ganging, inland piracy, kidnapping, extortion, unlawful conversion of our assets, false claims of “abandonment” and conspiracy against our Constitution by people on our payroll. This has been done with the aid and active participation and abetting of the American Bar Association.

Both the American Bar Association and the IRS have been owned and operated by the same holding company—- Northern Trust Company.

Both have functioned as nothing but private Bill Collectors for bankrupt privately owned governmental services corporations pretending to be our lawful government and/or our property trust managers.

Every single member of the Bar needs to be fully advised of the nature of their “association” and given a choice— tear up your Bar Card, cease and desist these illegal and unlawful activities on our shores, or have everything you own confiscated and be permanently deported.

And we don’t care if it is in a leaky boat.

Just look it up —- “Congressional Oath”—- and see what “your” Congressional Delegates are swearing their allegiance to. It isn’t to you. It isn’t to your actual government. It isn’t even to the Territorial United States. It’s to the so-called Municipal United States—- their own oligarchy is what they are swearing allegiance to. They might as well say, “I swear to support and defend myself for myself and to myself and to do everything in my power to serve myself at the expense of everyone else on Earth, so help me God.”

Also since 1991 the members of the federal Judiciary, including the “federated states and counties” that are merely operating as corporate franchises of the federal corporations, haven’t taken a vow or oath to support any constitution at all. Instead, they have promised to discharge their duties under the Constitution, but since no version of the Constitution imposes any specific “duties” on these vermin, the saying is meaningless, void.

These vermin, the members of the Bar Associations, have not been eligible to serve in the actual government of the United States — that is, our land jurisdiction government— since 1819. Instead, they have sought to create, commandeer, and control first the “Territorial United States” and next, the “Municipal United States” to the detriment of every man, woman, and child on this continent.

Thousands of judges credentials have been pulled and examined against the requirements of our public law and out of approximately ten thousand examined, only one, a single judge in Wisconsin, had his credentials in order and on file. These men and women are pretending to be our judges and are occupying our courthouses under color of law. They are pretending to occupy public offices which are in fact vacated, and are operating private administrative corporate tribunals and quasi-military tribunals under false pretenses instead.

They have served foreign masters and foreign gods while pretending to be lawful government officials of our government— while in fact serving the foreign subcontracting governmental services corporations of the Territorial and Municipal United States, usurping upon their actual employers under color of law and the additional pretense of their illegal commercial mercenary activities being mischaracterized as “war”.

Our country and our people have been at peace since 1814. Everything else that has gone on since then has been illegal commercial mercenary “war” undeclared by any properly constituted and convened Congress of our states.

The so-called “American Civil War” was never declared by Congress at all. Instead, Lincoln, who had no power to actually declare war issued a patently insufficient “declaration” of his own devise. Likewise, there was an Armistice and a surrender of Lee’s Army, but never a peace treaty. What began in fraud has continued in fraud and violence and criminality for 150 years.

It is now time for it to end.

And it is the sacred and solemn responsibility of every political and military leader from Sudan to Taipei to New Guinea to Paris to Munich to St. Petersburg to Beijing —and most especially from New York to St. Louis to San Francisco to make sure that it does.

The American people demand a complete and absolute apology, a cessation of these practices and hostilities, the return of all our organic assets unharmed, the severance of all undisclosed and inappropriate adhesion contracts and claims held against us by your organizations, the unimpeded and unencumbered enjoyment of our labor, our land, our copyrights, trademarks, and unalienable rights, the end of “hypothecation” of debt against us and our assets, the restoration of our lawful money, the withdrawal/removal of Bar Association members operating as undeclared Foreign Agents on our soil, the honoring of the Thousand Years of Peace that has been declared, and the conversion of the debt-based economy to a credit-based economy, along with the end of all bogus foreclosures in America.

We have arranged the means and assets to support all these necessary changes without harming anyone.

It is important that you talk to us directly and honestly and that all concerned also realize that the misuse and abuse of bankruptcy protection as a defense of guilty parties, the dishonest creation, manipulation and plundering of public trusts, the scandalous misuse of undisclosed life insurance policies, annuities and death benefits as a means of funding governmental operations, the plundering of public and private trust assets via false claims on abandonment, illicit human and drug trafficking, personage, barratry, identity theft and similar heinous crimes against humanity will not be tolerated or excused by the American People any longer.

Read that as there will be no reward for killing anyone on this planet anymore. No insurance policy pay-offs. No ability to claim abandoned property by any institutional participants in a war. No Cestui Que Vie frauds. None of it. It’s over.

So you might as well pick up your ball and jacks and play the new game called Clean Up This Mess while there is still the opportunity to address it as a problem of institutionalized crime that we have all inherited instead of a problem that we have created, promoted, supported, and profited from with malice aforethought.