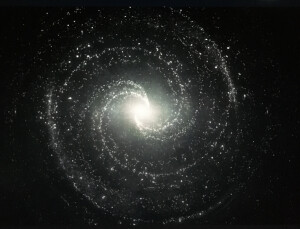 And I saw, and behold a white horse: and he that sat on him had a bow; and a crown was given unto him: and he went forth conquering, and to conquer. Revelation 6:2

According to the book of Wisdom in Astrology, Jupiter is the ruler of Sagittarius. Sagittarius is associated with the vibration of ten, which is the perfect number expressing incessant equilibrium, will power and supremacy. Sagittarius is a fire sign, and he is the last of the fire triplicity.= + Leo and Aries. Sun God Jupiter enters the house of Sagittarius on November 22 and last until December 21 each year. Sagittarius relates to the Higher Mind, and automatically has to do with the hips and thighs+ and the formation of the first blood vessel in the human body. We have mentioned before that Astrology is the study of The Grand Man= the Universe, that automatically it is concern with the body of men.= humanity ‘s physical body.= the microcosm.

The symbol of Sagittarius is the Centaur, a mythological being having the body of a horse, with the head, neck, and arms of a man. He holds a drawn bow, and points an arrow upward. This sign also deals with religion and law. ~quote

Referring to Greek mythology, we find that Jupiter or Zeus when an infant, was concealed in the Island of Crete in order to save him from following the fate of his other brothers and sisters.

It seems that his father Chronos= Saturn was told that he would be dethroned by one of his own children. To prevent this, he decided to swallow each as it was born. Jupiter was the sixth child. His mother covered a stone with swaddling clothes, and palmed it off on Chronos as his son Jupiter. In the Island of Crete, the latter was nurtured by the nymphs Adrastea and Ida, and fed on the milk of the goat Amalthea.

At maturity, Jupiter was chosen Sovereign of the world at the council of the Gods. The name signifies the radiant light of heaven. In Classical Myths we find that “he was the supreme ruler of the universe, wisest of the divinities and most glorious. In the Iliad, he informs the other gods that their united strengths would not budge him; that, on the contrary, he could draw them, and the earth, and the seas to himself, and suspend all from Olympus by a golden chain. Throned in the high, clear heavens, Jupiter was the gatherer of clouds and snows, the dispenser of gentle rains and winds; the moderator of light and heat and the seasons; the thunderer and the wielder of the thunderbolt. Bodily strength and valor were dear to him and to him were sacred everywhere the loftiest trees and the grandest mountain peaks. He required of his worshipers cleanliness of surroundings and person and heart. Justice was his; his to repay violation of duty to the family, in social relations, and in the state. Prophecy was his; and his special messenger was the eagle.”

“Juno was the wife of Jupiter, and the most worthy of the goddesses, queenly and ox-eyed, golden sandaled and golden- throned. Glorious beyond compared was her presence, when she had harnessed her horses, and driven forth the golden- wheeled chariot that Hebe made ready, and that the Hours set aside. She was wedded to Jupiter in the garden of the gods where ambrosial rivers flowed and where Earth sent up in honor of the rite a Tree of Life, heavy with apples golden like the sunset.”

The above quotation is invaluable, as it gives us the meanings, qualities and attributes of the sign, as stated in books on astrology. Jupiter’s power to draw all the gods to him clearly indicates the higher mind as the inevitable conqueror of all lesser powers, and their enthronement on high. He is truly Osiris of the Egyptians, and, with Juno or Isis, dwells in the Garden of Eden. We find that Greek mythology places them here, as do the scriptures in dealing with Adam and Eve. We also find a Tree of Life on which hang golden apples.

Jupiter is AmonRa of the Egyptians as well, and Bel-Moloch of the Chaldeans. Greeks considered him the divine personification of heaven itself, and the hurler of the lightening rays of thought.

It is evident that all nations and peoples have their sacred Scriptures which deal with the most intimate secretes.  When these are studied and analyzed, they are all found to be identical.

It is interesting to note how many words in constant use are derived from the root words of both Jupiter and Sagittarius. They furnish us with indubitable proof that their interpretations as giving in the books of astrology are correct.

Sagitta means arrow, swift, fleet, sharp, and aimed at a mark. This is analogous to the higher mind and its processes. From the root of arrow, the word arrogance is obtained; it relates to exorbitant pride, exalting one’s worth or importance to an undue degree. Metaphysically interpreted, Sagitta means a thing having an analogous part of function. A part or force on which associated things depend for support. It is certainly true that mental process of the highest order are essential to the construction and preservation of both human forms and human affairs. The word Sagitta is derived from the root verb SAGIO, which means to perceive quickly, to feel keenly, all of which related to mind.

As Jupiter is the largest planet, and is interpreted positively as largess, abundance, and generosity, “the giver of all good thing.” From the root words of both Juno and Jupiter are obtained the terms relating to law and religion. Jus is Latin for rights: juris-prudence for law. A jurant is one who takes an oath, who swears to be faithful performance off his duty.

Negatively it is associated with prodigality and wastefulness. Those who manifest proud contempt of others, who are insolent, overbearing, sharp and fault-finding in speech, represent the negative aspect of Jupiter. ~all quotes.

We are going to stop here for the moment due the fact that there it is much to learn about Jupiter and His role as the Most High, and the affairs of the human body. What we need innerstand, is that the role of Jupiter is taking place not only in the upper world, but inside of us as well, especially within our very own cerebrum that is the mountain top of our physical body, where Jupiter play an important role defending its territory by judging who may or may not enter it. I mean, would you let thieves, and murderers into your own home? Would you let anyone that is not invited to sit down to eat the finest of delicacy at your own dinner table? We think not. Further, we need innerstand the meaning of words. This is critical for everyone. For example, Adrastea, Amalthea, and Ida are analogous to the Pineal and Pituitary glands in the cerebrum which are truly the real Nurses of the human body. They furnish the glandular fluids of positive and negative character, electrical and magnetic, without which no physical vehicle can be formed and without which it cannot be sustained. The term nymph means a bride, or that which has been recently united, therefore a new or fresh fluid. It may be said to relate to lymph, for these glands secrete albumin. And foremost, we need innerstand that what we are speaking of here, is from a cellular level standpoint.

So, since we are at the pick of our dormant cerebral cells be awaken, as we navigate deeper into the grand Era of Aquarius, pouring upon us divine energy, and or should we say, electricity/divine ether from its own territory; be assure that magical things are about to happen. And more so during this month of the sign Sagittarius, and along with the Winter solstice approaching on the 21st of December,+ and up next, the sign of Capricorn that is ruled by Saturn= Satan= the Master Mason; the Satisfied Mason= Sat- isfy. The one that wishes Jupiter AmonRa; the Most High; the Ancient of Days, stay bury within the deepest caves of the Underworld forever, while passing through during the days of December 21-24.

Unfortunately for Saturn, little does he knows that the Most High; the Ancient of Days, always carries with Him all the necessary tools to overcome all obstacles, even if he must be born again brand new. Brand new as a newborn baby that is rising heaven bound, starting on the 24th of December.= Christ- Mass on the 25th. Meaning, let everyone know that the Christ; the giver of all good things is gloriously and triumphantly heaven bound. Merry Christmas everyone! Merry Christmas Saturn. See, even you get to stay in heaven because of the Christ being born again. Now go and do the right thing, man.

We are asking the giver of all good things, the sweet and just Almighty Jupiter, and along with the company of heaven, have mercy upon us all. Upon this humanity that have suffered much too much under the tyranny of enslavement from our own kind, and from outer world invasion and infiltration. It is beyond innestanding the crimes that most of those outer world malevolent Beings committed against us. How they infiltrated our ways of life from the four corners of our planet. However, this would be a subject for another day.

We innerstand that most of all those outer worlds malevolent Beings are no longer with us. And we also are aware that most corrupt politicians worldwide, and along with their corrupt families; the corporalcrats; religiouscrats; the royals,+ and their worldwide minions, already HAD their favorite smoothie, and this is ongoing. [Pass the popcorn please].  And do not stop until the entire planet is cleaned from what no longer serve.

And further, let us stop portraying Jupiter and or AmonRa; the Ancient of Days; the Most High as a god that devours his own children. This is all a blasphemy; an elusion of the bad guys that have wronged, but very wronged the role of the goat of the lower world in Capricorn.  This is a cellular journey. This is not to be taking literally. This is not to have the killing of our children in the physical realm as a reality. This is fear mongering. Get the scriptures, and or astrology right. And anyone that is harming our children in any form, must pay the consequences of their actions immediately.

We want this coming New Year be full of surprises that would uplift our hearts and minds. Our people have had it, and many of us are hardly making it. Senior citizens for example, do not have enough to feed themselves, let alone their pets, and or buy a gift for their grandchildren. How can they live with $1500 or less a month?  Families are struggling. And the youths are frighten for their future; and the homeless are adding up by the day. THIS HAVE GOT TO STOP.  WE WANT ACTION NOW. The wait is over, and the struggling is unbearable; not healthy. If we are the gold, then let us shine. Enough said.  Be it done.