Secret Society is Set in America 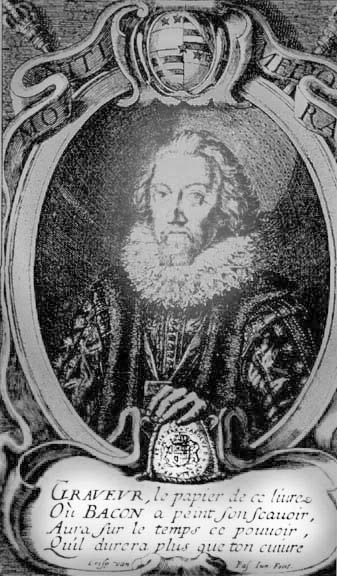 Here is the 13th Chapter from the Secret Destiny of America, by Manly P. Hall that describes Sir Francis Bacon’s secret societyand colonization of America. – BACON’S SECRET SOCIETY IS SET UP IN AMERICA

By Manly P. Hall – “Men bound by a secret oath to labor in the cause of world democracy decided that in the American colonies they would plant the roots of a new way of life. Brotherhoods were established to meet secretly, and they quietly and industriously conditioned America to its destiny for leadership in a free world. Benjamin Franklin exercised an enormous psychological influence in Colonial politics as the appointed spokesman of the unknown philosophers; he did not make laws, but his words became law.”

COLONIZATION of the Western Hemisphere was largely motivated in the desire to pillage the fabulous treasures of the new world.  The explorers, led on by legends of hoards of gold and silver, and palaces encrusted with jewels, formed expeditions often financed from their own purses but sometimes subsidized by the State.  The Spanish were the most successful in their quest for riches;  the majority of the other adventurers profited little and suffered much;  and it soon became apparent that only by sober colonization was any sizeable reward to be gained in the new world.

For the promulgation of the Christian faith, the Western Hemisphere offered virgin territory.  With the Conquistadores came priests, eager to convert pagan tribes and nations to the faith of the old world.  A holy inquisition was set up in New Spain, and Indians by the tens of thousands were tortured and killed for the good of their immortal souls.  It was due to the zeal of the priests that the libraries of the Mayans were burned and their historical records destroyed.

To this day there stands in Merida, on the peninsula of Yucatan, the house of the Conquistador Montejo.  Over the door of this house are the heraldic arms of this Spanish adventurer.  The shield and crest are upheld by Spanish soldiers standing on the heads of tortured and enslaved Mayan Indians.

Reasonably accurate accounts of the natural advantages and resources of the Americas were in time brought back by the explorers and adventurers who had opened the new territories of the West, and only then did the European nations give serious consideration to actual development of their newly acquired colonial empires.  The French, the Dutch, and the English entered upon programs of establishing permanent settlements along the Atlantic seaboard.  The English program was under the direction of Sir Francis Bacon, and it was his genius that gave purpose to the enterprise.

Bacon quickly realized that here in the new world was the proper environment for the accomplishment of his great dream, the establishment of the philosophic empire.  It must be remembered that Bacon did not play a lone hand;  he was the head of a secret society including in its membership the most brilliant intellectuals of his day.  All these men were bound together by a common oath to labor in the cause of a world democracy.  Bacon’s society of the unknown philosophers included men of high rank and broad influence.  Together with Bacon, they devised the colonization scheme.

Word was passed about through secret channels that here in the Western Hemisphere was the promised land of the future.  Here men of right purpose could build a new way of life, free from the religious intolerance and political despotism that held Europe in its clutches.

The history books tell us that the colonists made the long and dangerous journey in small ships in order to find a place where they could worship God, each according to the dictates of his own conscience.  There is however much more to the story than our historians have dared to suggest.

Among the colonizers were some who belonged to the Order of the Quest, but it was not long before religious strife broke out in the colonies, for men do not change their natures merely by changing their place of habitation.  Much of the intolerance of the old world came over to plague the beginnings of the new civilization.  It was not easy to preserve high principles in pioneering a country.  A lot had to be done before the philosophic empire could emerge out of the simple struggle for existence.  And much has yet to be accomplished; we are still pioneering in the sphere of right thinking and right living.

Bacon’s secret society was set up in America before the middle of the 17th Century.  Bacon himself had given up all hope of bringing his dream to fruition in his own country, and he concentrated his attention upon rooting it in the new world.  He made sure that the American colonists were thoroughly indoctrinated with the principles of religious tolerance, political democracy, and social equality.  Through carefully appointed representatives, the machinery of democracy was set up at least a hundred years before the period of the Revolutionary War.

Bacon’s secret society membership was not limited to England;  it was most powerful in Germany, in France, and in the Netherlands, and most of the leaders of European thought were involved in the vast pattern of his purpose.  The mystic empire of the wise had no national boundaries and its citizenry was made up of men of good purpose in every land.  The Alchemists, Cabalists, Mystics, and Rosicrucians were the incisive instruments of Bacon’s plan.  Representatives of these groups migrated to the colonies at an early date and set up their organization in suitable places.

One example will indicate the trend.  About 1690, the German Pietist theologian, Magistar Johannes Kelpius, sailed for America with a group of followers all of whom practiced mystical and esoteric rites.  The Pietists settled in Pennsylvania and their clescendents still flourish in Lancaster county.  Kelpius for some years lived as an Anchorite in a cave located in what is now Fairmount Park, Philadelphia.  The Pietists brought with them the writings of the German mystic, Jacob Boehme, books on magic, astrology, alchemy, and the cabala.  They had curious manuscripts illuminated with strange designs, and their principal text was called “An A B C Book for Young Students Studying in the College of the Holy Ghost.”  The Pietists brought the order of the Mustard Seed, and the Order of the Woman in the Wilderness to the new world.

Kelpius was a man of feeble health and after a few years died from the hardships and exposures of his religious austerity.  The inner circle of his order was composed entirely of celibates, and as these died there were none to take their places; and so far as the public knows, his secret society did not survive.  Actually it did continue;  but with the changing of the times it returned again to its secret foundations, disappearing entirely from the public view.

The early years of the 18th Century brought with them many changes in the social and political life of the American colonies.  By this time most of the Atlantic seaboard was dominated by the English.  Cities had sprung up, important trade flourished with the mother country, and the colonial atmosphere was in small counterpart that of the English countryside.

By this time most of the important secret societies of Europe were well represented in this country. The brotherhoods met in their rooms over inns and similar public buildings, practicing their ancient rituals exactly according to the fashion in Europe and England.  These American organizations were branches under European sovereignty, with the members in the two hemispheres bound together with the strongest bonds of sympathy and understanding.  The program that Bacon had outlined was working out according to schedule.  Quietly and industriously, America was being conditioned for its destiny–leadership in a free world.

Any account of secret societies in America would have to include tribute to the man who has been called the “First American Gentleman”–Benjamin Franklin.  Although Dr. Franklin was never the country’s President, nor a military general, he stands out as one of the most important figures in the struggle for American independence.  Quiet, dignified, scholarly and gentle, Franklin foresaw a new goal for an ever changing world through the square bi-focal glasses of which he was the inventor.

Historians have never ceased to wonder at the enormous psychological influence which Franklin exercised in colonial politics.  But up to the present day, few indeed are those who have realized that the source of his power lay in the secret societies to which he belonged and of which he was the appointed spokesman.  Franklin was not a law maker, but his words became law.  Beneath the homely wisdom which he circulated in his Almanac, under the pseudonym of Poor Richard, was a profundity of scientific and philosophic learning.  He understood both the farmer and the philosopher, and could speak the languages of both.

When Benjamin Franklin went to France to be honored by the State, he was received too by the Lodge of Perfection, the most famous of all the French secret orders; and his name, written in his own fine hand, is in their record ledger, close to that of the Marquis de Lafayette.

Franklin spoke for the Order of the Quest, and most of the men who worked with him in the early days of the American Revolution were also members.  The plan was working out, the New Atlantis was coming into being, in accordance with the program laid down by Francis Bacon a hundred and fifty years earlier.

The rise of American democracy was necessary to a world program.  At the appointed hour, the freedom of man was publicly declared.