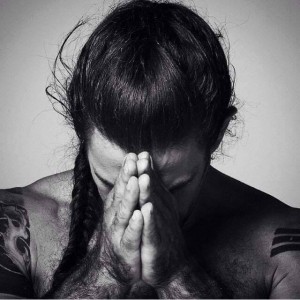 IT IS THE ‘MORAL” DUTY OF EVERY MAN AND WOMAN TO PUT A STOP TO THIS!
“War and the large military establishments are the greatest sources of violence in the world. Whether their purpose is defensive or offensive, these vast powerful organizations exist solely to kill human beings. We should think carefully about the reality of war. Most of us have been conditioned to regard military combat as exciting and glamorous – an opportunity for men to prove their competence and courage. Since armies are legal, we feel that war is acceptable; in general, nobody feels that war is criminal or that accepting it is criminal attitude. In fact, we have been brainwashed. War is neither glamorous nor attractive. It is monstrous. Its very nature is one of tragedy and suffering.” (source)

Education is one of our core values here at Collective Evolution. By education I don’t necessarily mean the acquisition of a degree, however; education takes all shapes and forms. Simply being alive and experiencing life as we do every day is worthy of the name education. We receive an education when we interact with others, and we receive an education when we do independent research. Formal schooling is a different beast entirely, and it’s unfortunate that our society equates diplomas and degrees with intelligence, since obtaining a piece of paper has nothing to do with intelligence at all. Albert Einstein himself said, “I never let my education interfere with my learning.” He also told us that “everybody is a genius. But if you judge a fish by its ability to climb a tree, it will live its whole life believing that it is stupid.” This practice of judging everyone based on the same criteria is a major flaw in the education system, for which many children suffer unnecessarily.