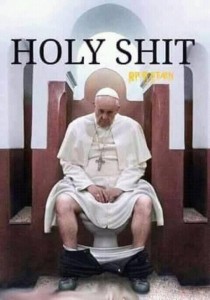 We want FOR everyone to listen to this speech, and carefully discern it. THIS is a straight message to all those of concern-= The 2nd amendment apply to each and every American citizen, and infringing those rights is violation of our Constitution.

KEEP in mind that if we want to own a gun, we also must be responsible.

The 2nd amendment does not apply to the police only. Lets make this very clear.
NOR do we need to have a permit to own a gun.

THE police, and do not let this be forgotten most likely is-are working for a corporation that is rather protecting their own criminals or they are the criminals themselves.

The police have nothing to do with being of our government.

They do not have an oath of office. They do not have delegated authority to charge any American citizen with crimes, kill, protect us, or disguise as our lawful government.

In most cases the police work for the PORT AUTHORITY CORPORATION that for a fact is own-manage by the BAR-attorneys. The Port Authority is the corporation that gives license to the Circuit court to duck their vessel in dry land-=our country.

The Circuit Court is not Federal.

The circuit Court is a terrorist organization that is in violation of all constitutional law.

The Port Authority and the Circuit Court are the same terrorists organizations that owns the prison system, and we the American people are their stock. What they do-= they use ledger accounts-bonds to make their profit. Ledgers accounts are the private account of every citizen within a county- they knowingly use the money it belong to us to pay our daily needs for themselves with the money from the ledger accounts-bonds-= then sign our names in order for the treasury to pay them. And what it is most disgraceful is that all governors-county clerks-police- judges- attorneys are all part of the grand scam against the American people, inclusive of the grand scam of the mortgage fraud.

THEY are the traitors of the American people that knowingly and deliberately disguise as public court of the American people in order to use the ledger accounts to make money from. THEY use Fictions-=Babylonian language to trick us-extort us-rob us.-=These includes prison for profit, taking our homes, our property, and our children.

Have you noticed that they do not care how old any American citizen is-5 years,10 years- 100 years old-it does not matter! What matter is the booking! Once one is booked in jail, they are making money from us.

The Port Authority is owned as we said by the Jews that are NOT. The Fuckwits attorneys-the BAR-court-police-media- Hollywood- Big Pharma- Israel-the Pope-FRANCIS-CIA-FBI-= oligarchs from the Middle East, and China-=terrorists that come here illegally through our ports. In facts some of them owns our Ports!

Further, do to he crimes against the American people, the BAR Association was dismantle. Meaning no BAR member have any authority to infringe in the lives of any American citizen, further all corporate courts are officially closed! They know this! All we need to do is just shoot them if they do not honor the law and are practicing slavery to the American people. In fact garnish all that they own inclusive of buildings and offices.~=5-30 years in prison or life-fines or both-=18 U.S. Code § 241.

Rick Scott-governor from Florida is the Perpetrator of the Zika Mosquitos-virus! He is a demon that have stock in the fertilizers industry-destroying-spraying the waters- swamps in the State of Florida, and worldwide for profit. Rick Scott is a demon that time come to pass, and so is Ted Cruz-Bill Gate.

The American people need to wake up to the enemies- the fuckwits Jews that are NOT. The traitors-invaders.

May we all be armed-= take down the circuit courts-=destroy the enemy.