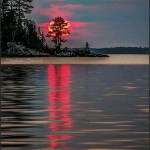 My Administration will focus on ending the absolutely horrific practice of human trafficking. And I am prepared to bring the full force and weight of our government, whatever we can do, in order to solve this horrific problem.

HUMAN TRAFFICKING IS AN AFFRONT TO HUMAN DIGNITY: With millions affected worldwide, human trafficking is a global atrocity that deprives millions of their universal human rights.

Human trafficking, also known as modern slavery, affects people from all backgrounds at home and abroad, placing millions into a sickening form of exploitation.