TRUMP MAY HAVE BEEN A GENIUS, HERE’S POSSIBLE 3D CHESS

The following was posted to a popular forum: 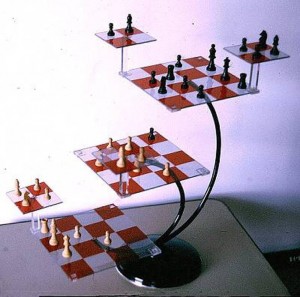 FOR THOSE DOUBTING TRUMP DO YOUR RESEARCH!

Research the laws, the 1974 law and statutes.

It’s not an official ‘Federal Budget’. It’s an Omnibus bill…not a Budget…He outsmarted them again…Congress basically screwed themselves by not passing a Budget…

Per the Constitution…the President must adhere to a Budget set forth by Congress and direct the expenditures as provided therein.

This is another one of those big Porkulus Bills, like they gave Obama for 8 years. This is not a Budget.

An Omnibus Spending Bill may have some ‘instructions’ as to how the money will be spent…but Obama ignored them. He spent the money, or didn’t spend it, however he wanted to. And Congress didn’t do a thing about it! Because they couldn’t.

I think our President observed how this happened, year after year. He is bound to realize that those ‘appropriations’ for different things in these Omnibus bills are merely ‘suggestions’.

So like Obama, Pres Trump can spend this money on whatever he wants to. Or not spend it.

Sanctuary Cities? What if our President decided to ‘slow-walk’ that money too…until those Sanctuary Cities assist ICE in rounding up criminal illegal aliens?

Splodey heads? From the Dems and the Enemedia? Why yes. There would be a colorful display of splodey heads.

But what could they do about it. Hah.

Our President could just say ‘What! Congress should’ve passed a Budget.’

Again, that is why Obama never had a Budget in his Presidency, Congress did continual Omibus’s and he just took the money . . . for 8 years . . . and no one seems to know where it went.

Addendum: I’m not taking credit for this, someone sent it to me and I’m sharing it with you. I don’t know ‘who’ actually deserves the credit for putting it together.

Enjoy the videos from our independent journalists!