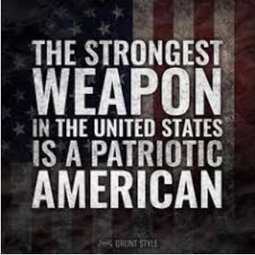 There is so much taking place that we think it is too much for the people understand at once, so we bring little pieces here and there until they would expand seeing beyond the veil. Regardless, we are moving towards a better world. Towards us the people working together for the betterment for all the creation.

Take time to listen these videos, and as well do your own due diligent for finding out [Truth] that believe or not is hiding naked somewhere due the fact that [Lie] ran away with her clothes pretending being Truth. This is what has been taking place for centuries. Fortunately, Truth is making its grand appearance for the entire world to see.

We must add to this video above that it is a possibility that many, but many satellites are being closed down all across the country, due the fact that these satellites are use for the DEEP STATE creates hurricanes+ do more harms for our humanity.  Maybe this is why Q said, Storm in the Sky? Hummm, strange.

This is a very interesting video for everyone watching the amazing courage of this nun that fought death from the Catholic Church! We call her the nun with a gun! We say to our people, be alert. be wise. discern. The enemy is everywhere disguising in many forms! He is a traitor, a liar, a demon. The truth is you have the power to destroy it any time you wish. That how powerful you: we are!

And for those that are not aware, the Jesuits are the military arm of the Catholic church! They are a worldwide terrorist organization that is in the business for wiping out humanity any which way, inclusive child+ human trafficking [slavery ]+ sexual immorality. They are also the ones that control the banking system worldwide along with the Chinese Snakes. This people are high caliber criminals. The good news are, they are being eliminated as we speak. Their time is up! So relax. The worse is almost over. Pray. Pray for the safety of our people: of our children+ the liberation of our planet from these infestation of criminals.

Below interesting messages from Q+ the people:

The institution, system, or practice of censoring?

A way of presenting or understanding a situation or series of events that reflects and promotes a particular point of view or set of values?

The attribution of one’s own ideas, feelings, or attitudes to other people or to objects; especially : the externalization of blame, guilt, or responsibility as a defense against anxiety?

The forming of a plan : scheming?

A theory in psychology in which the human ego defends itself against unconscious impulses or qualities (both positive and negative) by denying their existence in themselves while attributing them to others?

A person who has an excessive interest in or admiration of themselves: narcissists who think the world revolves around them | narcissists preening themselves in front of the mirror?

A point of view or tenet put forth as authoritative without adequate grounds?

The action of suppressing something such as an activity or publication?

‘Narcissists’ are renowned for using ‘psychological projection’ to blame other people, even when it is entirely apparent that they are the ones in the wrong.

The quality or fact of representing a person, thing, or situation accurately or in a way that is true to life?

The More You Know….

There was a time when our children stood at attention, put their hand on their heart, and in one UNITED voice, recited the PLEDGE OF ALLEGIANCE.

There was a time when STRENGTH and HONOR meant something.

There was a time when standing for our FLAG meant something.

There was a time when our history (heritage) was taught with PRIDE and RESPECT.

There was a time when respect was given to those who serve(d), bled, and died to protect and defend our GOD GIVEN FREEDOM.

There was a time when we were GRATEFUL.

There was a time when these UNITED STATES OF AMERICA, ONE NATION UNDER GOD, was UNITED.

There was a time when these UNITED STATES OF AMERICA, ONE NATION UNDER GOD, was UNITED UNDER ONE FLAG.

There was a time when, WE, THE PEOPLE, decided our future.

There was a time when, WE, THE PEOPLE, had a voice.

There was a time when, WE, THE PEOPLE, were UNITED and STRONG.

“I pledge allegiance to the Flag of the United States of America, and to the Republic for which it stands, one Nation under God, indivisible, with liberty and justice for all.”

It is time, WE, THE PEOPLE, reclaim what is rightfully ours.

MAY GOD BLESS AMERICA AND ALL THOSE WHO DEFEND AND PROTECT HER AGAINST ALL ENEMIES, FOREIGN AND DOMESTIC.

WE STAND TOGETHER AS PATRIOTS.

WHERE WE GO ONE, WE GO ALL.

HOME OF THE BRAVE.