HATJ on Incoming Photons and the Original Declaration of Conversion 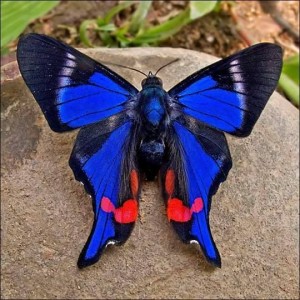 Terran note: “hypocracy” is not a typo, its a word Heather has coined for the corporations operating under the guise of the people’s government.  I leave Heather’s writing pretty much as it comes in, unless there’s a glaring typo.

Practicing hypocracy, even for strategic purposes… is not strategic at all, lol… declaring to fight for, support, and enforce “human rights” while simultaneously operating systems and actions that violate human rights… and the “environment” and “beings” that ordered/manuevered/allowed/permitted/supported/encouraged/and otherwise promulgated such hypocracies, exist no longer…

…measurements have been/continue to be taken here at Dublin and else “where’s”… GW Hardin should not be surprised at the arrival of massive photons… it was all foretold and duly secured in the Universal Security Agreement, the Perpetuity, and the ORIGINAL DECLARATION OF CONVERSION, that every being on this planet and beyond agreed to on July 25, 2017…they will also find therein, that Particulars’ “choices would render Quantum Banking obsolete, to an archaic relic of the past possibilities… all because Particulars chose to attempt to maintain some transference of fraudulent assets/ownership/position greater than all in a contrived/controlled/and hierarchal mirror proffered to be “Quantum/Quantum Banking” when in reality it was just a “new dress” of the “old ways and days”… i thank all said Particulars for hyperaccelerating ALLLLLLLLLLL beyond “Quantum” everything :)…

…beings in here asked about tools to be able to “BE” when they got out… and they gasped at “pre-paid, pre-authorized, and pre-approved” regarding education, medical, dental, housing, food, travel, transportation, creation… they said that sounds like “communism”, “socialism”, etc…. i laughed and said, “No. Every unit of value for pre-paying, and guaranteeing forevermore, all of it, was duly earned with every aspect of capitalism once held so dearly… i just had to wear more orange, kahki, and grey than i ever fathomed in order to do it!!!!!!!! And i get to spend all that value duly earned however i feeeeeeeel and chooooooooooooooose to! ;)” …….and i continue to earn, and earn, and earn, and earn while simultaneously continuing to spend, and spend, and spend, and spend….times eternity

…and as GW Hardin recently noted, the conversions are visible to allllllll/ALLLLLLLLLL… and the programming of those protons are already done, and being spent now… injoy, enjoy!

i be and do consistently, in complete love, gratitude, and heartitude

UPDATE 1:
Shawn wrote asking: “it was all foretold and duly secured in the Universal Security Agreement, the Perpetuity, and the ORIGINAL DECLARATION OF CONVERSION, that every being on this planet and beyond agreed to on July 25, 2017”.

How was this agreed upon?

“as it was bound, so is it unbound” was not just a saying…it was a doing

perhaps, in this moment looking “back” to approx. 2009- July 1017, one can have a more expanded awareness of why there felt like such an INNER push, urgency, drive, “pressure” if you will, of “what?”, no one could even define the “what?” back then, specially and particularly when it looked like “nothing was happening”, lol

Your recent comments seems to be shaking things up…
(From Twitter)

As of noon today @TS_SCI_MAJIC12 is officially disbanded and will no longer function in any “official” capacity, advisory or otherwise, to the United States. Taking its place will be @DefenseIntel working closely alongside both @ODNIgov & @ENERGY.

Lots of folks are reporting being wiped out either physically or emotionally. Keep in mind that massive information is coming in along with this. Which means it gives even greater importance to info-looping.