From a Medical System that Kills To One That Cures 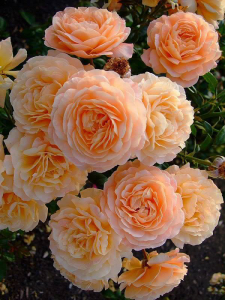 The existing system of Western medicine is collapsing. The reason is that people are starting to realize in its essence the system kills instead of curing. The American pediatrician Dr. Robert Medelson calls modern medicine a god of death and hospitals churches of death. He says that only 10% of the current system, including emergency medical services actually works. The other 90% is unable to cure chronic illness and in fact only makes it worse and leads to the death of patients.

In this book he says the following:

“If the malignant 90% of the medical system disappeared from this planet there can be no doubt that people would become healthier.”
In other words this kind hearted doctor is totally repudiating 90% of modern medicine.

As evidence the doctor cited an incident that took place in Israel. There was a strike there that shut down all that nation’s hospitals. When this happened, the death rate in Israel fell by 50%. After one month, when the strike was settled the death rate bounced back to its previous level. This data was compiled by the Jerusalem morticians association.

“The doctors’ strike should have been continued indefinitely” Mendelson said.

This example reveals the astounding fact that one out of every two people is killed in a hospital. Of course the people working in hospitals are not deliberately setting out to kill people. However, the fact remains that the cause of death for half of all humans is hospitals.

Global annual medical expenses are estimated at 10 trillion dollars.
Dr. Mendelson estimates that 90% of that or 9 trillion dollars is earned by causing harm to patients.

That is why he says this portion of the medical system needs to be removed from this planet.

We humans need to deal directly with this shocking and nauseating truth. This is not just for our sake but for the sake of the lives of our children and grandchildren.

Why did the modern medical system mutate into this horrific murderous monstrosity? The reason is the system of rules that modern medicine is based on. The modern medical system originated about 200 years ago from German medical guilds. At the time in the medical community there were two conflicting views about life. One was called vitalism, the other was mechanistic.
Vitalism held the view that life was more than just chemistry and physics. It postulated the existence of spirit or life essence. Vitalism was founded by the ancient Greek physician Hippocrates.

This philosophy was opposed by the German physician Rudolf Ludwig Karl Virchow. Virchow used his powerful control over the German medical community to push his mechanistic views. He said life was a purely physical phenomenon that could be explained through physics and chemistry. He said animation or the life force could not be scientifically proved and therefore it did not exist and that life was a physical phenomenon. In other words and object could not cure itself and so natural healing powers did not exist. He said the only way to cure people was with doctors, medicine and surgery.

The fundamental principle of life is homeostasis. All life from the simplest single celled organisms to complex multicellular creatures need to maintain an internal balance throughout their entire lives. It is this mechanism that supports internal balance, or homeostasis, that is behind the mystery of natural healing.

So, in addition to denying the existence of natural healing power, modern medicine made the additional mistake of interfering with it.
Seen from the point of the average person, we citizens and patients cannot entrust our lives and those of our loved ones to such a fundamentally mistaken system.

The real hero of medicine is not the doctors or the hospitals but rather we ourselves.

That is why, from the standpoint of ordinary citizens, we call for a new medical system. This is a system that would harness the natural healing powers that are fundamental to all life.
Furthermore, we need to shift to preventive medicine.
Here we outline 10 bases of the new medical system.

1) Prioritize natural healing powers (understand and apply the principles of nature)
2)Use Food, the mind (spirit) and the body as the basis for healing.
3) Revive the four suppressed medical traditions.

Osteopathy This emphasizes curing imbalances in the body. It include yoga, massage, chiropracty, acupuncture, shiatsu etc.

Homeopathy Speed up the natural healing processes (homeostasis) in order to cure illness.

5) Use laughter therapy. “Laughter is the greatest medicine.”

7) Use “seitai” (using massage to correct imbalances between the right and left sides of the body), breathing exercises, medication etc.

9) Study alternative medicine with a broad perspective (study healing traditions that have evolved through time in various cultures).

11)We seek to unite patients, healers and the government to establish a new dawn for medicine. We call on ordinary citizens, people from all walks of life as well as doctors and nurses to participate in this system. With this announcement we plan to sow the seeds of a new medical system.

This seed will, like a sprout or branch reaching for the sun bring forth the flowers and fruit of hope.

The conference will be hosted by:

We support the creation of a medical system that cures people instead of harming them. The new system will be based on the following 10 principles:

1) It emphasizes natural healing power
2) Food, the mind and the body will be the basis for healing
3) Natural cures will be used to the maximum
4) The nervous and immunological healing systems will be emphasized
5) Laughter therapy will be actively employed
6) The use of “qi”(気)therapy will be re-emphasized
7) Balancing the two halves of the body (seitai) and exercise will be used as therapy
8) Environmental improvements will be used as therapy
9) Alternative medicine will be studied from a broad perspective
10)We will seek to establish new systems of medical governance

We seek to unite patients, healers and the government to establish a new dawn for medicine. We call on ordinary citizens as well as doctors and nurses to participate in this system. With this announcement we plan to sow the seeds of a new medical system.

The system will be announced at a press conference to take place on March 10th at 1900 hours Japan Standard Time that will be broadcast live on the internet.