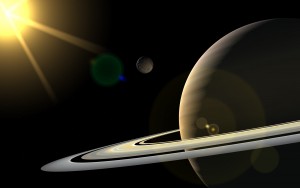 FEEL THE INTENSITY BUILDING? CAN’T SLEEP? ANXIETY OR DEPRESSION? FEELING LIKE YOUR BEING SQUEEZED IN A PRESSURE COOKER?

LOTS OF ENERGETIC ACTIVITY AROUND YOU? ARE UNHEALED HUMANS CLOSE TO YOU MANIFESTING THEIR LOWER EMOTIONS?

WHEN NEW GAMMA LIGHT-DATA ENTERS THE MATRIX FOR THE FIRST TIME IT CREATES CHAOTIC STATIC NOISE IN THE AURIC FIELD UNTIL IT IS FULLY INTEGRATED.

WAVE X.3 IS STEADILY CLIMBING NOW PEAKING AROUD 56 SCHUMAN HERTZ AND EXPECTED TO CLIMB TO 63 HERTZ AROUND THE SOLTICE ENERGETIC GATEWAY WHICH IS ENOUGH ENERGY TO BEGIN THE FINAL PHASE OF HUMAN EVOLUTION TO A HIGHER ORDER!

SOLAR ARE FLARES EXPECTED THROUGH THIS WEEKEND, COMBINED WITH A STRONG NEW MOON ON JUNE 4TH, AS WELL THE INFLUS OF GAMMA LIGHT COMING THROUGH THE GRAND CARDINAL CROSS ALIGNMENT.

WE ARE GETTING MAJOR DNA UPGRADES WITH THESE ENORMOUS WAVES OF LIGHT ENTERING THE 3D MATRIX AS WELL AS OUR BIO-VESSELS. FIRST WAVERS MAY BE FEELING MORE JOYFUL AND HAVE MORE VITALITY INSTEAD, WHICH IS THE FLIP SIDE OF WHAT LOWER VIBRATING BEINGS ARE EXPERIENCING.

THIS LIGHT ASSISTANCE IS FOR THE PURPOSE OF HELPING OTHERS THROUGH THIS MAJOR TRANSITION. THINGS ARE HEATING UP NOW SO HANG IN THERE AND TAKE GOOD CARE OF YOU. THE OLD IS DISSOLVING FAST NOW AND IT IS TIME TO RISE INTO THE LIGHT FOREVER.

Be still my hearts!

As we move into the month of June and closer to the summer solstice, those of you whose senses are attuned will notice a further intensification of the energies. Our bodies are becoming accustomed to holding more light so this shouldn’t feel too overwhelming but we should still take time to rest and integrate as needed. We are still in the purification process so we may continue experiencing things coming up to be released.

With disclosure approaching, along with the third wave of Ascension, June is going to be the most pivotal month in humanity’s history! Get ready for BIG changes on all levels. The energies hitting this month are the most intense to ever hit Earth.

As the rest of humanity awakens from their slumber, it is important to concentrate on really detaching from world events and the old ways. Now is the time to change your focus and start building the New Earth. Do this by embodying the fifth dimensional vibration of Love fully. As events unfold in 3D, observe and detach. Be the stillness in the storm.

In the past it was natural to fall into sadness regarding suffering in the world. We brought others’ attention to it as a means of spreading awareness, but mostly felt helpless. The BEST POSSIBLE thing we can do at this time is be at peace within ourselves and shine outwardly for others to see.

Stay heart-centered Dear Ones, and as long as you are holding this love vibration, you are being helpful to the whole of humanity! More than you know.