An American’s Statement to Awakening Sheriffs 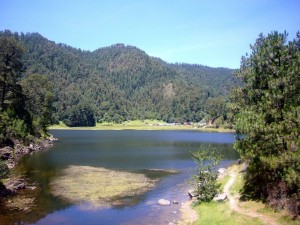 To the sheriffs that are awakening today I have something to say.

The times we’re in today are such that you have little time to come up to speed as to what is your real duty through the conventional process, which I have been in for 42 years. You may have months at the most to understand your role and prepare for the inevitable conflict with “Federal” and United Nations forces, many that have already been deployed in your jurisdiction without your knowledge and consent.

The globalists, through their attorneys, judges, and political shills (agents) have added enormous complexity to your tasks, to obfuscate and hide your true power. In fact, your duty under Natural Law, the foundation established by the Declaration of Independence when we dissolved the bonds with Great Britain and British common law is very simple and understandable.

“We hold these truths to be self-evident, that all men are created equal, that they are endowed by their Creator with certain unalienable Rights, that among these are Life, Liberty and the pursuit of Happiness.— That to secure these rights, Governments are instituted among Men, deriving their just powers from the consent of the governed, ” — Declaration of Independence.

Your duty is simply to secure the Natural Rights of the People in your county and keep the peace… not serve as a lackey to the judiciary. YOU are the principle servant of the Supreme Power in your county, which are the People you serve. Not an enforcer of whatever dictates of government is shoved down our throats.

I realize that something so simple can seem inadequate when you’ve become so accustomed to the corrupt and complex system; a system that isn’t even built upon the Natural Law foundation of America. We have instead been enslaved by British Admiralty Law, with a token acknowledgement of British common law, which many people calling themselves sovereigns are using to extract themselves from the system.

The truth is, you only have one overriding duty and that is to protect the Natural Rights of the People within your county… nothing more. Your role under the AMERICAN system of government is to keep the peace between the People and protect their RIGHTS from all threats, government or otherwise.

Instead, sheriffs throughout the republic are being used to enforce usurpation and tyranny on the people; running roughshod over their rights and aiding a criminal enterprise by enforcing criminal laws.

This is the very reason I focus my attention on the oath of office because the primary object of that oath is support for the Constitution. Only laws passed in pursuance of the Constitution and in conformity with the powers granted by it are enforceable, not just anything the legislature can dream up or the majority of their constituents clamor for; we are not a democracy.”

– Thomas Mick, Between a Rock and a Hard Place: The Dilemma of Law Enforcement in the Age of Globalism, 2014.