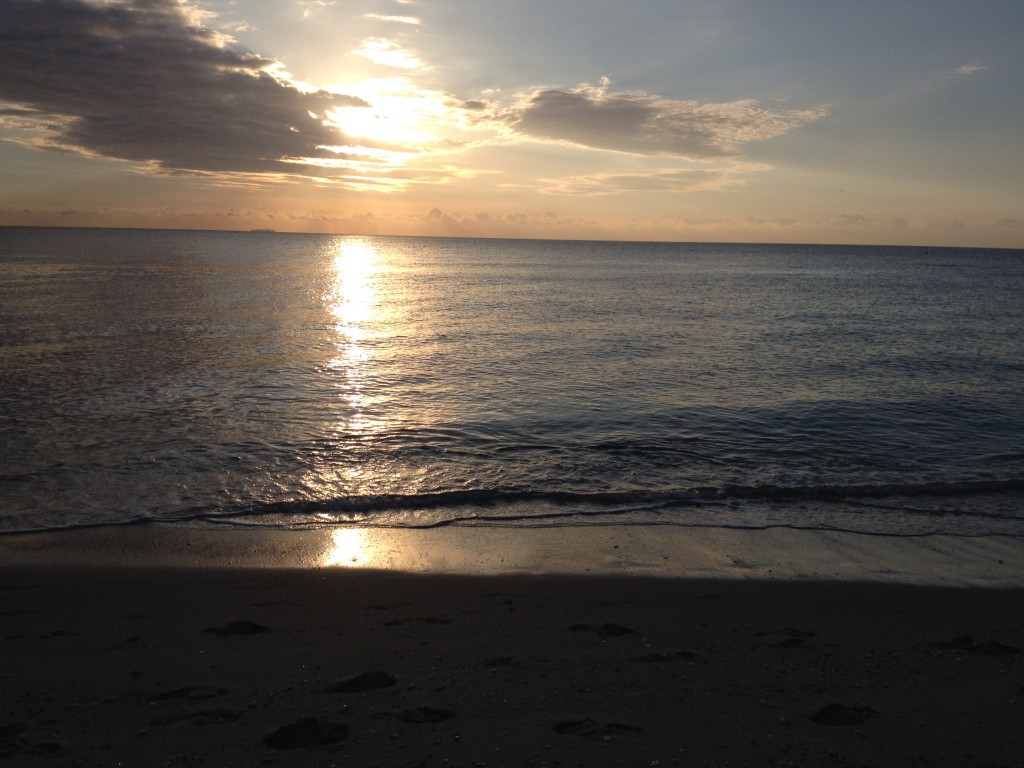 It is a jungle out there, and it is no less true about spiritual life than any other aspect of life. Do we really think that just because someone has been meditating for five years, or doing 10 years of yoga practice, that they will be any less neurotic than the next person? At best, perhaps they will be a little bit more aware of it. A little bit. It is for this reason that I spent the last 15 years of my life researching and writing books on cultivating discernment on the spiritual path in all the gritty areas–power, sex, enlightenment, gurus, scandals, psychology, neurosis — as well as earnest, but just plain confused and unconscious, motivations on the path. My partner (author and teacher Marc Gafni) and I are developing a new series of books, courses and practices to bring further clarification to these issues. Several years ago, I spent a summer living and working in South Africa. Upon my arrival I was instantly confronted by the visceral reality that I was in the country with the highest murder rate in the world, where rape was common and more than half the population was HIV-positive — men and women, gays and straights alike.

As I have come to know hundreds of spiritual teachers and thousands of spiritual practitioners through my work and travels, I have been struck by the way in which our spiritual views, perspectives and experiences become similarly “infected” by “conceptual contaminants” — comprising a confused and immature relationship to complex spiritual principles can seem as invisible and insidious as a sexually transmitted disease.

The following 10 categorizations are not intended to be definitive but are offered as a tool for becoming aware of some of the most common spiritually transmitted diseases.

Mix spirituality with a culture that celebrates speed, multitasking and instant gratification and the result is likely to be fast-food spirituality. Fast-food spirituality is a product of the common and understandable fantasy that relief from the suffering of our human condition can be quick and easy. One thing is clear, however: spiritual transformation cannot be had in a quick fix.

Faux spirituality is the tendency to talk, dress and act as we imagine a spiritual person would. It is a kind of imitation spirituality that mimics spiritual realization in the way that leopard-skin fabric imitates the genuine skin of a leopard.

Although our desire to grow is genuine and pure, it often gets mixed with lesser motivations, including the wish to be loved, the desire to belong, the need to fill our internal emptiness, the belief that the spiritual path will remove our suffering and spiritual ambition, the wish to be special, to be better than, to be “the one.”

In this disease, the ego identifies with our spiritual experience and takes it as its own, and we begin to believe that we are embodying insights that have arisen within us at certain times. In most cases, it does not last indefinitely, although it tends to endure for longer periods of time in those who believe themselves to be enlightened and/or who function as spiritual teachers.

This disease occurs when the very structure of the egoic personality becomes deeply embedded with spiritual concepts and ideas. The result is an egoic structure that is “bullet-proof.” When the ego becomes spiritualized, we are invulnerable to help, new input, or constructive feedback. We become impenetrable human beings and are stunted in our spiritual growth, all in the name of spirituality.

There are a number of current trendy spiritual traditions that produce people who believe themselves to be at a level of spiritual enlightenment, or mastery, that is far beyond their actual level. This disease functions like a spiritual conveyor belt: put on this glow, get that insight, and — bam! — you’re enlightened and ready to enlighten others in similar fashion. The problem is not that such teachers instruct but that they represent themselves as having achieved spiritual mastery.

Spiritual pride arises when the practitioner, through years of labored effort, has actually attained a certain level of wisdom and uses that attainment to justify shutting down to further experience. A feeling of “spiritual superiority” is another symptom of this spiritually transmitted disease. It manifests as a subtle feeling that “I am better, more wise and above others because I am spiritual.”

Also described as groupthink, cultic mentality or ashram disease, group mind is an insidious virus that contains many elements of traditional co-dependence. A spiritual group makes subtle and unconscious agreements regarding the correct ways to think, talk, dress, and act. Individuals and groups infected with “group mind” reject individuals, attitudes, and circumstances that do not conform to the often unwritten rules of the group.

The chosen people complex is not limited to Jews. It is the belief that “Our group is more spiritually evolved, powerful, enlightened and, simply put, better than any other group.” There is an important distinction between the recognition that one has found the right path, teacher or community for themselves, and having found The One.

This disease is so potent that it has the capacity to be terminal and deadly to our spiritual evolution. This is the belief that “I have arrived” at the final goal of the spiritual path. Our spiritual progress ends at the point where this belief becomes crystallized in our psyche, for the moment we begin to believe that we have reached the end of the path, further growth ceases.

These are but a few of countless Spiritually Transmitted Diseases that we encounter on the path. It is not a matter of if we encounter obstacles but when. Yet on the path to truth, each level of obscuration we encounter is but a doorway into greater discernment and clarity. It is a mark of human maturity to continually unfold deeper levels of spiritual integration, and to gracefully admit to error and refine our knowledge as we grow.