Know the Facts About How Terrorism Started 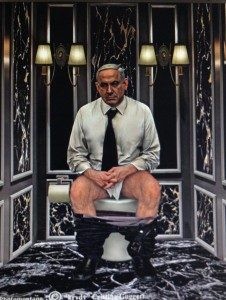 The Deception from Zionist Israel and the United States:

We could say so much about the allege State of Israel in the Middle East, that we could be here writing about it for the next ten years. The deception is much to digest beside being infuriated at the same time.

The corporal and allege USA, as well as our entire country both have been the larger cock suckers for the most ferocious criminals in the entire world, and for this we should as American be washing our hands, lips, feet, and even our ass(s) diligently for disinfestation after being touching, and or being around: being complicit with these septic worms in human form from Israel, committing the most atrocious crimes against our humanity, when they all should of had been dead a long time ago; way before our country became an insane asylum.

How much low have we let ourselves go? Go, lets look ourselves in the mirror and answer to our own selves that question.

Was it the ignorance?

Was it the greed?

Was it the prestige, and academic titles?

Was it the lack of courage that stopped us from opening our mouth and repudiate such of lawlessness?

Fuck yes, it was all of these, and even more. The more is that these septic worms are not even from Israel! Benjamin Netanyahu for example is even from Poland, and his predecessors are from Russia,+ and Europe! This is more than disrespect for the native Palestinian people, it is violation,+ and invasion of highest proportion. Israel is not a Jewish State, it is simply an occupation of Palestine by evil septic worms from all over the world in human form, and that call themselves Jews when they are NOT. They are the snakes pit that need be cease and desist before the world perish. Rain on them. Read more about here: http://wetheonepeople.com/israel-is-the-enemy-cyber-war-technology/

Take a long breath, and let us move forward to clean up+ put together what we left behind, and that was respect, unity, moral values, compassion, and love for all the creation. Further, having all those that are obviously worldwide responsible for the chaos towards our society be as well liable+ accountable for their own actions immediately so these do not get repeated again against our humanity.  Make rain over them. Make rain over our elected politicians that disguise as public servants for the people, when the facts are they are corporal political whores that are members for the most notorious mafias worldwide that aims are lying, cheating, killing, and subordinating foreign governments from sovereign nations to their demands for their own luxury of greed, power, and demonic sexual desires that includes pedophilia,+ and harming our children all ways, always. They are the fuckwits that follow no laws, or moral values,+ and are the cock suckers for Israel as we mentioned.

For now on we should not take any infringements, invasion, violation, and subordination from anyone foreign or domestic that aim is that of disrupting our peace, our communities, our cultures, our religions, and our moral values. For now on our government agencies employees must work for the American people, not foreign agents. Any traitor should be responsible for actions,+ and further, before anyone is chosen to be a public servant, his or her moral values should be priority, not necessarily his, or her credentials. So be it.

Take time to watch this video that it would blow your mind about what we are speaking of above.  And please share, as it is through exposing the truth that all evil must come to an END. ~LFabre