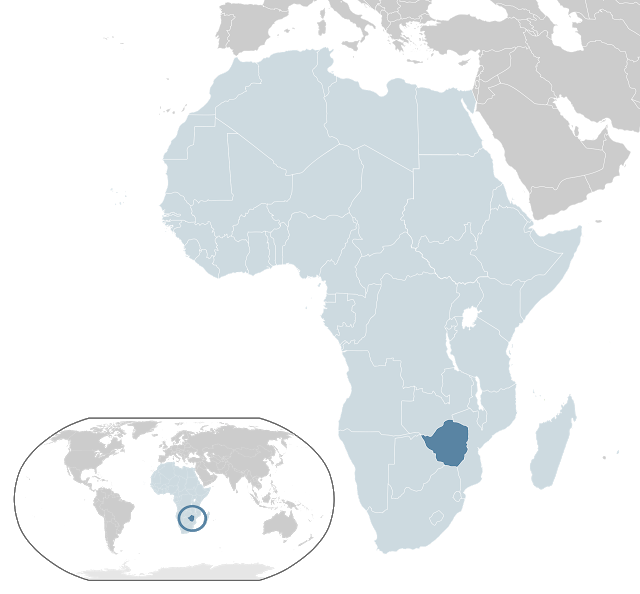 Denice to Terran: Seeing ‘Tipping Point’ I’m quite a few articles recently. This is interesting!

…that is what happens when those “proffered” to protect, manage, and govern a country sell out the country, its resources, products, and the people to china (through proxy, puppet, fund, etc.)…that and the secret 2014 24 hour window they made for China for their 1 USD = 1 Zim swindle was something the Zims could not rebound from easily, if at all…

Zim is only one of many/all “countries”, including USA/America, that China has prepped for such intended action… a much more modern and subtle form of time-old “murder, rape, and pillage” …and none of that, and none of its perpetrators are supported…hence, the Unified Universal Actions now completing

Zimbabwe’s economic situation will continue to sour in 2H19 due to unfavorable weather conditions, foreign currency shortages and widespread power cuts, its finance minister said, as he responded to a deteriorating economic outlook by blacking out inflation statistics through the second half, and finally acknowledged what the International Monetary Fund told him in April: economic turmoil ahead.

Prices of essential goods and services have, in some cases, quadrupled this summer, due to the government renaming the RTGS currency as the Zimbabwe dollar, which has been on a rapid decline amid shortages, including electrical power, petrol products, American dollars, and food, reported Bloomberg.

[photo of demonstrators holding banner “wake up world Zimbabwe is dying”]  Many Zimbabweans who supported the toppling of decades-long ruler Robert Mugabe two years ago are discovering that their economic situation is the most serious in a decade. [end caption]

Emmerson Mnangagwa replaced Mugabe in 2017, he promised millions of Zimbabweans of an economic revival and that we are “open for business.” The sugar high of optimism only lasted for a short time; the effects of money supply expansion through the sale of Treasury bills under Mugabe’s rule has outweighed any positive advancements in the last several years.

Mnangagwa outlawed the American dollar in favor of local currency that can’t be traded internationally, effectively making it extremely difficult for international firms to do business in the African country.

“”Zimbabwe is at a tipping point and if it falls over the edge it’s going to be quite a long way in coming back,” said Derek Matyszak, a Zimbabwe-based research consultant for South Africa’s Institute for Security Studies. “The wheels are falling off. There is no way out of a Ponzi scheme other than a massive infusion of cash to pay off your creditors.”

Zimbabwe isn’t the only country suspending its inflation statistics for the next six months.

Venezuela has also done the same, after inflation in the South American country printed a red hot 1,698,488% in 2018.

Zimbabwean officials need to collect comparable data since the introduction of the new currency in February. The last time this happened, it was 2009, when the country dropped the Zimbabwe dollar in support of American dollars after inflation climbed to 500 billion percent.
Steve H.. Hanke, a professor of applied economics at the Johns Hopkins University in Baltimore, told Bloomberg that if the black-market exchange rate is used, Zimbabwe’s annual inflation rate is 558%, three times more than the official rate published by the government..

Jee-A van der Linde, an economist at NKC African Economics in Paarl, South Africa, said abandoning the official annual rate is “no real loss from an analytical perspective,” adding that “these elevated inflation readings did little more than create panic and damage what little confidence was left.”

Countries that are in crisis tend to halt the publication of inflation data. In 2013, the IMF condemned Argentina for manipulating its inflation data.

The dollar peg was dropped in February, and the return of the Zimbabwe dollar in June has led to the rapid depreciation of the currency officially trading at 9.0347 to the dollar on Aug. 6.

The government has said it had no other alternative but to reintroduce its own currency amid foreign-currency shortages, something that Hanke objects.

“The Achilles heel is the introduction of the new currency to the exclusion of the dollar,” he said. “They have decided to go in the completely opposite direction and claimed it’s the best thing since sliced bread and it’s going to be an absolute disaster.”

Japhet Moyo, secretary-general of the Zimbabwe Congress of Trade Unions, has warned that cost of essential services jumped 400% this year while pay has risen only by 10%. This has left many millions of people broke and starving.

About 59% of rural Zimbabweans, or about 5.5 million people, don’t have food, a new report by the United Nations and aid groups said last month.

It’s entirely possible that the return of street protests over collapsing economic conditions could flare-up in the coming months as there is only so much Zimbabweans will tolerate before an outright economic collapse.