You Are The Universe 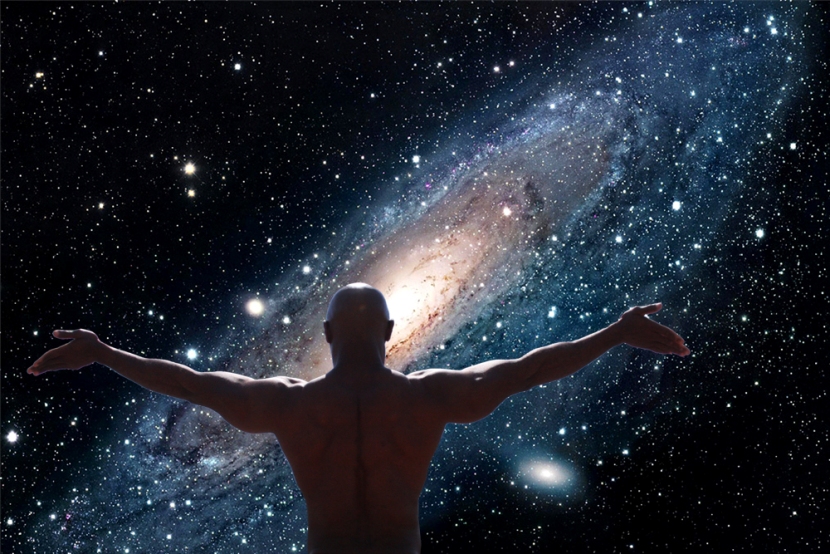 A recognition of alliance is growing among people in diverse arenas of activism, whether political, social, or spiritual. The holistic acupuncturist and the sea turtle rescuer may not be able to explain the feeling, “We are serving the same thing,” but they are. Both are in service to an emerging Story of the People that is the defining mythology of a new kind of civilization.

I will call it the Story of Interbeing, the Age of Reunion, the ecological age, the world of the gift. It offers an entirely different set of answers to the defining questions of life. Here are some of the principles of the new story:

The more we share with each other this kind of knowledge, the stronger we are in it, the less alone. It needn’t depend on the denial of science, because science is undergoing parallel paradigm shifts. It needn’t endure the denial of livelihood, because from a trust in gift we find unexpected sources of sustenance.

It needn’t withstand the denial of everyone around us, because more and more people are living from the new story, each in his or her own way, inducing a growing feeling of camaraderie. Nor is it a turning away from the world that is still mired in Separation, because from the new story we access new and powerful ways to effect change.

The fundamental precept of the new story is that we are inseparate from the universe, and our being partakes in the being of everyone and everything else. Why should we believe this? Let’s start with the obvious: This interbeing is something we can feel. Why does it hurt when we hear of another person coming to harm? Why, when we read of mass die-offs of the coral reefs and see their bleached skeletons, do we feel like we’ve sustained a blow? It is because it is literally happening to our selves, our extended selves.

The separate self wonders, “How could this affect me?” The pain is irrational, to be explained away, perhaps, as the misfiring of some genetically coded empathy circuit meant to protect those who share our DNA. But why does it extend so easily to strangers, even to other species? Why do we desire so strongly to serve the good of all? Why, when we achieve a maximum of personal security and comfort, are we still dissatisfied? Certainly, as a little introspection will reveal, our desire to help is not coming from a rational calculation that this injustice or that ecological disaster will somehow, someday, threaten our personal well-being. The pain is more direct, more visceral than that. The reason it hurts is because it is literally happening to ourselves.

The science of Separation offers another explanation of what it calls “altruistic behavior.” Maybe it is a kind of mating display, which demonstrates one’s “phenotypic quality” to prospective mates (i.e., it shows that one is so “fit” that he can afford to squander resources on others). But this explanation takes as an unexamined premise another assumption of the worldview of Separation: a scarcity of mating opportunities and a competition for mates. As anthropology, reviewed in books like Sex at Dawn, has discovered though, this view of primitive life is more a projection of our own social experience onto the past than it is an accurate description of hunter-gatherer life, which was communal. A more sophisticated explanation draws on game theoretic calculations of the relative advantages of being a strong reciprocator, weak reciprocator, etc., in situations of mutual dependency. Such theories are actually a step closer to an evolutionary biology of interbeing, as they break down the idea that “self-interest” can ever exist independently of the interest of others.

The desire to serve something transcending the separate self and the pain we feel from the suffering of others are two sides of the same coin. Both bespeak our interbeingness. The emerging science that seeks to explain them, whether it invokes mirror neurons, horizontal gene transfer, group evolution, morphic fields, or something further out, doesn’t explain them away, but merely illustrates a general principle of connection or, dare I say it, oneness. The science is beginning to confirm what we have intuitively known all along: we are greater than what we have been told. We are not just a skin-encapsulated ego, a soul encased in flesh. We are each other and we are the world.

Our society runs in large part on the denial of that truth. Only by interposing ideological and systemic blinders between ourselves and the victims of industrial civilization can we bear to carry on. Few of us would personally rob a hungry three-year-old of his last crust or abduct his mother at gunpoint to work in a textile factory, but simply through our consumption habits and our participation in the economy, we do the equivalent every day. And everything that is happening to the world is happening to ourselves. Distanced from the dying forests, the destitute workers, the hungry children, we do not know the source of our pain, but make no mistake—just because we don’t know the source doesn’t mean we don’t feel the pain. One who commits a direct act of violence will, if and when she realizes what she has done, feel remorse, a word that literally means “biting back.” Even to witness such an act is painful. But most of us cannot feel remorse for, say, the ecological harm that the mining of rare earth minerals for our cell phones does in Brazil. The pain from that, and from all the invisible violence of the Machine of industrial civilization, is more diffuse. It pervades our lives so completely that we barely know what it is like to feel good. Occasionally, we get a brief respite from it, maybe by grace, or through drugs, or being in love, and we believe in those moments that this is what it is supposed to feel like to be alive. Rarely, though, do we stay there for very long, immersed as we are in a sea of pain.
Our situation is much like that of a little girl who was taken by her mother to visit a chiropractor friend of mine. Her mother said, “I think something is wrong with my daughter. She is a very quiet little girl and always well behaved, but never once have I heard her laugh. In fact, she rarely even smiles.”

My friend examined her and discovered a spinal misalignment that, she judged, would give the girl a terrific headache all the time. Fortunately, it was one of those misalignments that a chiropractor can correct easily and permanently. She made the adjustment—and the girl broke into a big laugh, the first her mother had ever heard. The omnipresent pain in her head, which she had come to accept as normal, was miraculously gone.

Many of you might doubt that we live in a “sea of pain.” I feel pretty good right now myself. But I also carry a memory of a far more profound state of well-being, connectedness, and intensity of awareness that felt, at the time, like my birthright. Which state is normal? Could it be that we are bravely making the best of things?

How much of our dysfunctional, consumptive behavior is simply a futile attempt to run away from a pain that is in fact everywhere? Running from one purchase to another, one addictive fix to the next, a new car, a new cause, a new spiritual idea, a new self-help book, a bigger number in the bank account, the next news story, we gain each time a brief respite from feeling pain. The wound at its source never vanishes though. In the absence of distraction—those moments of what we call “boredom”—we can feel its discomfort.

Of course, any behavior that alleviates pain without healing its source can become addictive. We should therefore hesitate to cast judgment on anyone exhibiting addictive behavior (a category that probably includes nearly all of us). What we see as greed or weakness might merely be fumbling attempts to meet a need, when the true object of that need is unavailable. In that case the usual prescriptions for more discipline, self-control, or responsibility are counterproductive.

Notice whether, when I described people “running from one purchase to another,” you felt any contempt or smugness. That too is a kind of separation. The transition we are entering is a transition to a story in which contempt and smugness no longer have a home. It is a story in which we cannot see ourselves as better than any other human being. It is a story in which we no longer use fear of self-contempt to drive our ethics. And we will inhabit this story not in aspiration to an ideal of virtuous nonjudgment, forgiveness, etc., but in sober recognition of the truth of nonseparation.

What we really need is nearly unavailable in the lives that society offers us. You see, even the behaviors that seem to exemplify selfishness may also be interpreted as our striving to regain our interbeingness.

Another nonscientific indication of our true nature is visible in yet another apparent manifestation of greed: the endless pursuit of wealth and power. What are we to make of the fact that for many of the very rich, no amount of money is enough? Nor can any amount of power satisfy the ambitious. Perhaps what is happening is that the desire to serve the common good is being channeled toward a substitute, and of course, no amount of the substitute can equal the authentic article.

Upon each of us, the wound of Separation, the pain of the world, lands in a different way. We seek our medicine according to the configuration of that wound. To judge someone for doing that would be like to condemn a baby for crying. To condemn what we see as selfish, greedy, egoic, or evil behavior and to seek to suppress it by force without addressing the underlying wound is futile: the pain will always find another expression. Herein lies a key realization of interbeing. It says, “I would do as you do, if I were you.” We are one.

The new Story of the People, then, is a Story of Interbeing, of reunion. In its personal expression, it proclaims our deep interdependency on other beings, not only for the sake of surviving but also even to exist. It knows that my being is more for your being. In its collective expression, the new story says the same thing about humanity’s role on Earth and relationship to the rest of nature. It is this story that unites us across so many areas of activism and healing. The more we act from it, the better able we are to create a world that reflects it. The more we act from Separation, the more we helplessly create more of that, too. Source: “Interbeing”, from The More Beautiful World Our Hearts Know is Possible, by Charles Eisenstein

From The Unbounded Spirit @  http://theunboundedspirit.com/you-are-the-universe-transcending-the-separate-self/