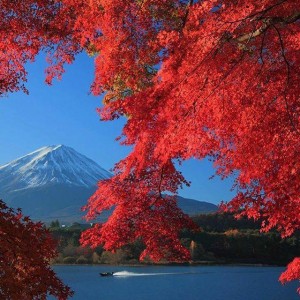 We are going to published some excerpts before the entire enchilada get served to the mass audience that pretty much is believing all the propaganda on television, as well as some former entities like the now defunct corporation of the UNITED STATES OF AMERICA INC, AND THE BAR Association with their terrorists minions call attorneys and esquires, that are still in the illusion that they are the government of the American people. To you we warn you again: you will be arrested, and or kill, as we the American people have had enough of your usurpation, extortions, and bullshit.

WE will be bringing forward more disclosure so the people get use to the facts that we the people govern ourselves, and we are the Highest authority of any institutional form of government.

Well, the truth is that the USA, Inc. went bankrupt on December 24, 2012 when the Federal Reserve’s 99 year charter ran out (begun in 1913). No longer did the American people have to pay 1% interest (in gold) on all debt they issued as a private bank printing American money and bonds without their understanding.

But the USA Inc.’s largest creditors knew, and they took the corporation to international court in 2013, won, and a bankruptcy work through agreement was reached, and went into an implementation stage in the fall of 2015.

And because the Roman Catholic Church owned the USA Inc. (domiciled in Puerto Rico), its CEO, Pope Francis, came to “visit” the United States on September 22, 2015 and ceremonially transferred power back to the people of the Republic.

At that time of surrender, not only did the Pope give back the Republic to its citizenry, all existing members of Executive, Legislative and Judicial branches were made to either disbar (as all lawyers who known or unknown have sworn allegiance to the Queen of England via the Crown Temple) or resign because they were all either elected or appointed illegally.

The public was kept ignorant as to not start a riot, but the largest debt owners, the famed Chinese Elders (along with some smaller debt owners like Russia, India, etc.) took control of the defaulted nation/asset by international law.

Nobody but Washington insiders knew what was happening, and since they were the problem, they said nothing. The mass media was also instructed not to mention anything regarding such matters. Out of sight, out of mind.

Now at the same time, the Chinese Elders put new duel CEO’s in charge of the Republic, temporarily; one would run all military affairs (General Joseph Dunford) and one would run all political affairs (Senator Paul Ryan)… but to their liking as they again owned the asset/nation.

The Chinese Elders had long prepared to implement such a bankruptcy work through strategy going back as far as 2001, when the global financial system was all set to avoid collapse and turn over peacefully on September 11.

Tragically, the opposite happened and the world got fifteen years of chaos, multiple more attempts at accelerated collapse of the global economy and desperate political and diplomatic acts that confused and terrified mass populations worldwide.

Aleppo, Mosul, Ukraine and Donald Trump’s election victory are but the last insane acts of a desperate and defeated enemy. The cabal has put the planet through a living hell–but thankfully their efforts were defeated and we now get to rebuild our Republic as do all sovereign nations of the world.

Because the infinitely wealthy and patient Chinese Elders took the long path and won an invisible WW3, with yes our subtle participation, but now we must do a more active part by repairing all that is broken within the Republic.

Interestingly, the same Chinese Elders have done this twice before for our citizenry and nation, once to get us started in 1776 (and why we shoot off Chinese fireworks every fourth of July) and then again post WW2 at the 1944 Breton Woods Conference, when they agreed to loan gold to all good standing nations of the world for a fifty year period beginning in the fall of 1946–including the Republic of the United States of America (note:this is what the Michael Cottrell gold treaty fuss is all about).

There was to be a five year gold return period starting in 1996, which was scheduled to end on September 10, 2001. Making the formal global financial transition day of the world on September 11, 2001.

With no more tangible assets to back their insane zionistic plans, the cabal began creating wars (Iraq, Afghanistan) and over-throwing governments (Arab Spring) to generate monetary fuel to continue their malevolent illuminated fire.

That’s also when patriotic White Hats in the Pentagon and Capitol Hill began stepping up and doing the serious hard work of taking back the nation and restoring the Republic of United States of America–no matter the personal cost or family sacrifice.

Slowly, deliberately, methodically–with Russian and Chinese assistance when needed–they began regaining control of the military first, then the politics and geo-diplomacy, and finally today the finances.

This is why the Pope declared November 20, 2016 as the end of the special jubilee period. It had to due with the bankruptcy settlement concerning the USA, Inc., and it’s pre-agreed work through terms. Remember, religion is a business just like any other. And the Vatican is a corporation just like any other that was forced to surrender its defaulted assets when in distress.

BELIEFS:
• We hold that the American People have a right to know the whole truth

• We hold that the American People created a Constitutional Republic for the United States of America and never gave permission for a foreign controlled corporation to govern.

• We hold that the American People have God given unalienable rights as stated in the Declaration of Independence which are reserved exclusively in the Bill of Rights. That no government has any authority to remove, restrict or infringe any of those rights.

• We hold that the National government is bound by the Constitution for the United States of America and has no authority outside of that contract except for those statutes, laws and treaties that are lawfully legislated which are not repugnant to that contract.

• We hold that the American People have a right and duty to re-inhabit their Constitutional Republic for the United States of America.

• We hold to be true the statements of George Washington, John Adams and others who stated similarly, that this form of government would only work for a religious and moral people.

• We hold to and accept the responsibility of self governance as described by the Declaration of Independence.

What the Republic for the United States of America (the Republic) is NOT:

1. The Republic is not part of or associated with sovereign anarchistic groups or movements.

2. The Republic is not part of or associated with unlawful anarchistic militia groups or movements.

3. The Republic is not part of or associated with nation state groups or movements.

4. The Republic is not part of any groups or movements that promote violence of any kind.

5. The Republic is not part of the unlawfully chartered UNITED STATES municipal Corporation, its agents/BAR, or any of its sub-corporations, either directly or indirectly. This includes any of its political parties.
~we the people