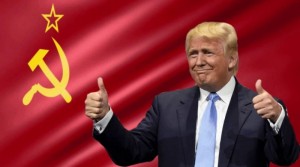 Maxim of Law:
-The law is not to be violated by those in government.
-The law shall not, through the medium of its executive capacity, work a wrong.
-The government is to be subject to the law, for the law makes government.
-The violations, coercion, malfeasance, and subordinations by those that call themselves public servants must cease and desist. We the people are not going to honor vices for virtue
~~~~~~
August 6, 2019 Kyle

Did you know that in the Soviet Union the “crime” of “anti-semitism” was punishable by death? The people had been disarmed so were unable to resist the bloody bolshevik terror. This is the system Trump is creating in America in the wake of obviously staged shootings.

Let’s take a quick look at some of the points Trump brought up in his recent speech, in which he condemned “White supremacists”, called for more un-Constitutional gun confiscation, and demanded the death penalty for “hate” crimes.

We must recognize that the Internet has provided a dangerous avenue to radicalize disturbed minds and perform demented acts. We must shine light on the dark recesses of the Internet, and stop mass murders before they start. […] The perils of the Internet and social media cannot be ignored, and they will not be ignored. In the two decades since Columbine, our nation has watched with rising horror and dread as one mass shooting has followed another — over and over again, decade after decade. We cannot allow ourselves to feel powerless. We can and will stop this evil contagion.

While Trump was a presidential candidate he spoke about the need to “close that internet up in some way” after a fake terror attack in San Bernandino, and suggested talking to Bill Gates about how to censor online dissent. He said that some people will cry about “freedom of speech,” but that “those are foolish people.” Here is a video of the speech.

They want to take away our ability to spread our message and call into question their official narrative. That is why the FBI came out so strongly against “conspiracy theorists” and “White supremacists” before this shooting took place.

First, we must do a better job of identifying and acting on early warning signs. I am directing the Department of Justice to work in partisan — partnership with local, state, and federal agencies, as well as social media companies, to develop tools that can detect mass shooters before they strike. As an example, the monster in the Parkland high school in Florida had many red flags against him, and yet nobody took decisive action. […] we must make sure that those judged to pose a grave risk to public safety do not have access to firearms, and that, if they do, those firearms can be taken through rapid due process. That is why I have called for red flag laws, also known as extreme risk protection orders.

“Red flag,” eh? That sure makes me think of the Soviet flag. According to these un-Constitutional laws, people can have their 2nd amendment rights completely taken away from them because someone (police, family, friends, local jew) has deemed them to be a threat against themselves or others, even though they have committed no crime.

Lock Up the “Mentally Ill”

Cultural change is hard, but each of us can choose to build a culture that celebrates the inherent worth and dignity of every human life. That’s what we have to do. Third, we must reform our mental health laws to better identify mentally disturbed individuals who may commit acts of violence and make sure those people not only get treatment, but, when necessary, involuntary confinement.

Psychiatry is a field that has been completely dominated by jews from the beginning. Believing in “conspiracy theories,” being a White “racist,” and hating jewish criminality are things that could easily be grounds for “involuntary confinement” in a gulag when jewish supremacists are doing the assessments.  In the Soviet Union, where Pavlov ran some of his most disturbing experiments, mental asylums were used to destroy people who opposed jewish communism.

Murder the “Anti-semites” and “White Supremacists”

Today, I am also directing the Department of Justice to propose legislation ensuring that those who commit hate crimes and mass murders face the death penalty, and that this capital punishment be delivered quickly, decisively, and without years of needless delay.

Think about what this means. Most people can understand why a mass murderer should receive the death penalty, so they do not realize how dangerous and insane it is that Trump has also condemned anyone convicted of a “hate crime” to also receive the same fate. A “hate crime” could involve spray painting a swastika, putting a flyer on a synagogue, or hurting someone’s feelings – it does not require physical violence to have been committed! So a non-violent offender could be sentenced to summary execution because he did something deemed “anti-semitic”? Also, jews are well-known for faking hate crimes against themselves, so “goyim” could very well be executed for crimes they did not even commit. 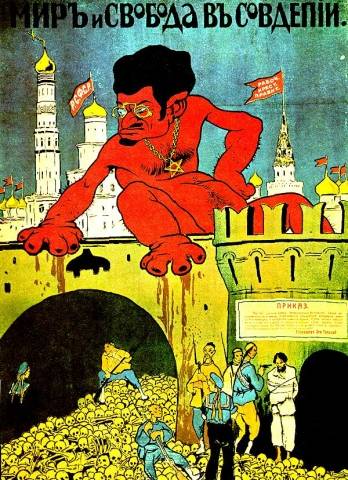 Have you been paying attention to all of the “anti-semitism” legislation being passed and proposed recently? Soon enough ANY criticism of Israel, jews, or their shabbos goyim will be considered a hate crime and the penalty will be death. I am not joking; this is where we are headed unless something is done. It happened before and it is happening again.

The Neoconservatives, who Trump is in bed with (even though a few claim to oppose him), were originally Trotskyites, so it should be no shock that this Soviet system is being finalized under a “right-wing” administration. Even if Donald Trump does not actually oversee the final “purge” of people like us, he will have put in place all of the tools for future administrations. They will likely not grab guns and throw people in gulags all at once, but slowly and surely turn up the heat on the boiling frog.

Just look at what happened to Russia after the jewish Bolsheviks were given free reign. We cannot allow them to have their way this time.