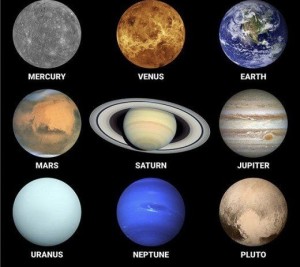 According to astrology, from July 22 to August 23, the Sun is transiting the sign of Leo. Leo is the Latin name for Lion. This sign is the only one in the zodiac having a beast of prey for a symbol.

We all know that the characteristic of the lion is to blot out, to destroy; to annihilate. Literally, the sign of Leo means motion, and it has to do with the fifth parts of our body that are the heart and motor nerves. Further, we all know that August is the hottest period of the year, and August in Latin literally means, to bring to fruition, to make brown, to sun-burn. The verb augeo means to increase, to make, to fertilize. Farmers know that this is the time when everything gets ripened by the intense heat of the sun. Seeds get ripened. August also means imperial- very great power. ~quote

The lion is termed the King of the beast because of its very great strength and majestic bearing, and the word is often met in occult literature, an outstanding expression being “ in the grip of the lion’s paw,” which is symbolical of high moral courage and self- control.

It is very evident that the name of the month applying to a zodiacal sign gives the key to the kind of work done, while the symbol relates to the nature of the force doing the work. This in turn, checks up correctly with the chemical which can accomplish it. ~quote

Leo is the second of the fire triplicity, and its position in the circle is 120 degrees from the first sign, or Aries. It is so placed, in harmonious relation to the latter because the two must work in harmony. Again we realize that some knowledge of the anatomy of man is essential. The energy which originates in and is sent forth from Aries, comes to fruition in Leo. In other words, the former is the place of sowing, while the latter—Leo is the place of reaping. ~quote

Many might ask, “What are you talking about?” Well, the time for knowing astrology has arrived! But to answer the question, we are speaking of electricity here- spiritual electricity that without it, there it would be no creation. And the mighty Sun, which reside in the house of Leo, is the mighty/ superior God that can give us that energy. This is why the ancients gave the Sun in Leo its name, Leo= Lion. They were making a comparison. And it fits perfectly!

Further, the Sun is the SELF; our inner self. The God of GRADIENT fire when manifests in the Temple of the Heart in the human body. The Temple of His Heart that in fact is a universal Temple.= The Universal Christ Heart Temple. When this Self is manifested within you, your entire body changes. Your entire cells within your body goes through a transformation. A divine transformation. If the heart chakra, or temple opened, all other chakras within the body would open too. This event is very sacred for the chosen ones. This literally means that the sacred fire has illuminated ALL OF YOU. ALL WITHIN YOU. This is a first initiation, after this, the chosen ones must go through many more spiritual initiations; many more challenges, inclusive of meeting other gods, and some mighty fierce elements. And thus the Lion’s Gate every year for our very own convenience during the month of August.

May all our humanity opens their hearts chakra. Open their sacred hearts temple.

Are you still confuse? We do not blame you. For now, keep in mind that the Sun although is the creative energy, it also can be just as destructive, which is why Leo handle the anatomy of our hearts and the motor nerves.= Motion. So powerful is the Sun, that He and His wife, the Moon, handle all the stars/constellations/zodiacs, inclusive our birth charts, and destiny. Now, you might ask, and what about all those gods from the zodiacs, like Mars, Jupiter, Venus, and Mercury, and etc., etc.? Well, they all work for the Sun/ the Ancient of Days, and in which each god, goddess, do have a purpose in life when comes to the creation, maintenance, food production, life, and the elevation of this humanity to a higher consciousness.

And have you heard of Rahu= the North Node,+ and Ketu= the South Node. Their birth is fascinating, however, I will tell you about another time. Rahu is said to be the second in line after the Sun! Rahu is a fierce elemental Being. He is an invisible planet that has to do with radiation/light, karmic destruction; it represents a karmic mathematical point, and evolution. Rahu has to do with technology, and the Black Sun! Actually, Rahu is the destroyer in-chief that has a tremendous impact on human life. “Astronomically, Rahu and Ketu denote the points of intersection of the paths of the Sun and the Moon as they move on the celestial sphere, and do not correspond to a physical planet. Therefore, Rahu and Ketu are respectively called the north and the south lunar nodes.” ~quote

In Hindu astrology, Rahu represents materialism, mischief, fear, dissatisfaction, obsession and confusion. Rahu is also associated with politicians and occult sciences, and uncultured behavior. Rahu governs one’s ego, anger, mentality, lust, and alcoholism. It also governs many awry activities of life. Rahu represents a fascination with foreign, travels abroad, technical professions, elderly people, theft, speculation, bad habits, revolutionary tendencies, underworld, petroleum, and smoke. Rahu is unpredictable, pretty much like Saturn. In fact, some astrologers say that Rahu is the shadow of Saturn. Planet Rahu is animalistic in nature. He is like a rebellious child, they say.

Rahu is in the Barahni= a constellation that is rule by the deity Yuma that is the Lord of Karma and death. Barahni is also rule by Venus, Jupiter, and Ketu. Jupiter being the god Rahu fear the most. And Venus being the goddess of prosperity. The goddess that confront the enemies; the goddess that always wins! Venus also rule Libra, the sign that balance everything. Venus also rule Taurus, the sign of labor. Taurus, the god that can read our senses,+ and sees everything. The god that must do what he needs to do for our own survival and needs.

And when Rahu is positioned positively in a horoscope, it gives victory over enemies and opposition too. But the problem is that there is always a sense of dissatisfaction. Rahu makes you never satisfied with your ambitions, gains, success, money, and lifestyle. There is an insatiable hunger for more. It drowns the native into unconscious desires, which he is unable to comprehend but relentlessly pursues. This leads to addictions, obsessive behavior, overly ambitious nature, unrealistic expectations, and fantasies. ~quote

Although Rahu rules no sign of the zodiac, the zodiacal sign Virgo is its sign. Virgo is in fact assigned to Mercury, an air sign, Rahu is airy too, but Rahu being akin to Saturn and Mercury being a friend of Saturn, Rahu thus has authority over Virgo. Virgo is an earth sign. Rahu’s air continues to push the native to go higher but Virgo’s earth element also keeps the native grounded at the same time. ~quote

Do you feel as if you are reading a chapter of Revelation in the Bible? Bingo!

According to astrology, A rare event is taking place from June 27th of 2022 to August 9th of 2022, where Mars transit Aries at 24 degrees, and there with Mars is Uranus and Rahu at exactly the same degrees in Aries as well. Some astrologers say that this event, and or conjunction has not happened for hundreds of years, maybe millennium.

As we all know, Mars is a fire sign. Mars is the soldier that is ready for war and action for the greatest good. Mars carries the sword of victory with him always. Aries is also a fire sign, while Rahu is an airy element. Meanwhile, Uranus is a planet that is revolutionary. His energy is an energy that is concerns with collective oriented; group mentality; social mentality coming together as a collective for the greatest good. Uranus represents big changes. Uranus want us to succeed,+ and coming out of the box!

So we are thinking, that is here when Rahu, that is an airy element, very well could intensify the energies of Mars, Aries, and Uranus to create changes globally. These very well can be an opportunity for globally revolutionary karmic events! This transit would intensifies more from August first to August 9th. These energies would stay until the end of the year of 2022. And this could means very dangerous time; lots of transformations everywhere. Lots of secrets being reveal to the masses, etc. And further, we think that some countries for sure are going to pay theirs karmic debts— “oh boy, we are not mentioning any names here. What will be, will be.

Is everything starting making sense to you now? Can you discern who has been running the world until now? Is alright, keep it to yourself.

For now, “let us go with the flow,” as they say, and never ever stop praying the Almighty Father- Mother God for protection for our family; our children, and our country. Pray them give us courage, health, wisdom, and prosperity.