Take time to watch President Trump State of the Union speech. We also will like to point out that just about all young gangs within the United States are organized by the CIA, and the FBI to do their dirty work on the streets, knowingly and intentionally to harm our people and to benefits themselves.

There are no secretes.

What they do is rescued these young people around the world, and specially from South America with the goal of them working for the country of the United States. The young people eager to make a living… moving ahead with their lives, are then con for the worse they can encounter: brainwashed, and working for terrorists.

The FBI and the CIA: the CFR= counsel of foreign relations are the perpetrators for the destruction of our youth within these gangs+ human trafficking: Pedogate: and the stealing of humanity’s wealth, = the people original trusts accounts [the banks].

:AS we the people said before, we need to get rid of what no longer serves the greatest good.

Exposing another kind of brainwashed… 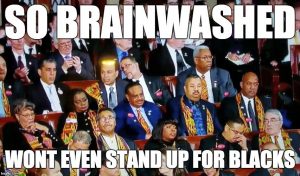