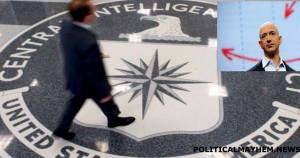 “The cases include workers who admitted spending six hours a day surfing illicit images and videos and maintaining tens of thousands of adult images on their office desktops,” the report said.

The investigation revealed over 20 cases at the Justice Department during the past two years, and numerous cases at the Environmental Protection Agency.

The employee said that “‘a lot’ of his time each workday is spent ‘organizing’ the pornography he downloaded into saved folders,” according to the records obtained by NBC News 4.

The EPA employee was not fired and stayed on the payroll for years even though he had been banned from the building. He continued to receive his six-figure salary for two years after being caught, including a year of paid leave before he retired in April 2015.

“This is not just an isolated incident at one single agency,” said Rep. Mark Meadows (R., N.C.), who is pushing legislation for a zero tolerance policy toward viewing pornography on government computers. “We’re starting to find it across almost every agency.”

Workers at a Department of Transportation office in Washington, D.C., that was monitored for two months were found to be searching on government computers for “teen+underwear+blonde,” “teen+slut+tight+pants,” “orgy+prague+OR+Czech,” and “petite+blonde+teen.”

A Department of Justice worker in Tucson, Ariz., visited 2,500 adult websites and downloaded over 1,100 pornographic pictures at work, spending the “majority of his duty time viewing inappropriate adult websites.”

Several other cases involved child pornography as well, including an FBI employee in Virginia who had explicit email exchanges with a ninth grader and admitted to “receiving, viewing, and saving approximately 50 images of suspected child pornography.”

The investigation covered the departments of Transportation, Justice, Interior, Labor, Commerce, Energy, and Health and Human Services, as well as the U.S. Postal Service, NASA, Export-Import Bank, the EPA, and the Social Security Administration.