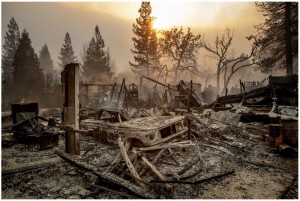 Check Out: Survivor Explains Fires Set on The Perimeter To Prevent People From Escaping! This Video: Cars Melted Down Everywhere, But Trees are Fine-Thousands DEAD from Paradise, Ca Fire Alone!!!

Update: This is even worse! A Survivor of the Paradise Fire Explains how the FIRES were set all around the perimeter of this small town, so no one could get out!

Fast Forward to 13 minutes into the following video to hear Paradise Fire Victim (Note: Helicopters were hovering above the town the days before that attack):

A month or two before the fire, something was dropped from the sky, (in summer time) that looked like snow and tiny worms. Some stuck to her sliding glass door, and it was so peculiar she took photos of it. (Was it a fire accelerant???)

A week or two before fire: Helicopters hovering over Paradise Town, doing circles like they were surveying the land.

3 Days before the Fire, PG&E Called and Emailed residents of Paradise warning them of a fire potential on Thursday and telling people to have their fire plans ready. Each day of the 3 days before the fire, PG&E called the residents, repeatedly with these warnings, as well as multiple emails of warnings of a fire on Thursday.

Thursday the day of the fire, she noticed smoke at 7am going on what appeared to be a ridge a couple of mountains ridges away. She thought she was safe, but as a precaution, she drove to town to fill her gas tank. The town was not on fire, and it did not appear threatened at all. When she got home, about 8am, she also filled her bathtubs and sinks with water and sprayed down her house and surrounding area with a garden hose as a precaution. At this time she started to see things falling from the sky that looked like black tar paper or something.

About 11am she received a phone call of a mandatory evacuation for everyone in Paradise.

Paradise is a canyon surrounded by mountains on all sides, with few exits. As she was exiting the town she said she noticed that at the top of the telephone poles, all the transformer boxes were on fire. Flames coming out of the transformer boxes on the top of the telephone poles. She thinks these must have been triggered remotely, because there weren’t any fires near the poles at this time. Just the top of each pole was on fire. She said it looked like DEWs were used to set fire all around the perimeter of Paradise, to prevent people from escaping the canyon. She saw isolated houses on fire, with nothing on fire near the house, no fires leading up to the burning house.

She said that Paradise is basically a retirement community with a lot of disabled and/or elderly people who live there. So it would have been difficult for many of them to move as quickly as she did.

She thinks THE DEATH TOLL WILL BE IN THE THOUSANDS, but this will not go public, because it would arouse suspicions, that this was no ordinary fire.

She concludes by saying that We The People are under direct attack! War has been declared on us, and our own gov’t is the enemy.

(My sideline: remember that plane that crashed after BOTH wings fell off this fire fighting plane….that is evidence of sabotage to hinder efforts to stop these fires.

The fires last year, and earlier this year, fire fighters kept complaining that some dressed as fire fighters actually were going around and sabotaging fire equipment. So yes this is a coordinated series of attacks, on mostly Conservative Trump Supporting counties, by the gov’t of CA.)

She goes on to say, that we are under attack and there is no one to help us. We are ordinary Patriotic Americans under senseless attacks by our own gov’t.

The Death Toll in Paradise CA is probably much higher, like 1000+ people.

You have to see this video. Look at all the cars that did not make it out of the fire, and NOTICE nothing on fire around the cars. Trees are fine. But cars are melted down, presumably with people in them trying to escape:

It is hard to say how this evolved, but it really does look like the fires in California were started by directed energy weapons that used the metal in cars to interact with and get them burning, which then started forest fires. This is because there are simply too many cars that are totally melted and burned to a crisp in the same place where there are trees that are not that badly hurt. It looks like the cars themselves started the fires after being torched by something and whatever happened to the trees is whatever happened.

I have seen lots of fires on roads like this, with everything torched to a crisp on the sides of the roads, with ZERO burned cars. even though they had to drive through the fire zone. As long as you don’t stop anywhere, it is not likely there will be a problem. It appears obvious that these cars were burned to a crisp while they were moving down the highway which is highly unlikely to happen naturally. On a road of the type in this video below, even if you do drive through a wildfire, there’s little chance your car, which is substantially away from anything that is burning, will simply torch off before it can even roll away from it. There are no trees downed across the road (which would be doom, if you stop you’ll obviously take a chance of getting burned) However, the road is instead perfectly clean, with relatively good condition trees on both sides in several areas where cars are torched to a crisp. NOT PLAUSIBLE.

Here is the video.

Facebook has lost 65 percent of its users to date for good reason. I explained what happened above quite well for those who don’t want to hit Facebook.

I agree with the DEW crowd: The aftermath of the fires is not plausible. If it was a real scenario, trees would have burned through and fallen across the road. They did not. The road is very clean for “after an enormous fire”, the burned out cars make it look like it was an alien attack on the cars that sparked a forest fire, not a forest fire burning cars.

You can thank the Deep State/Dems/Communists/Soros for the fires in California for sure, the way they just sprang up right as massive election fraud was being exposed during an election that will spell life or death for America is suspicious to say the least, ESPECIALLY since the main target was Paradise, which (was) one of California’s strongest conservative areas. They wanted it killed without question. Very suspicious it happened, and it is SO BAD that I doubt the city will rebound, every last thing is destroyed and now it looks like a substantial portion of the population is dead also. Too many people who would bring the city back are dead.

My take on this is that even if it was not DEWs doing this (doubtful, it really looks like it was) but if it was not, it was done on purpose anyway by operatives on the ground. The election is the key to all of this, the suspicious timing is undeniable.

Paradise California: Over 600 likely dead I thought the death toll was awful low. The fire ripped through that town so fast people could not even get to their cars and start driving. Over 600 people are now confirmed missing and odds are they are dead. The entire town was burned. I would not be surprised at all if the death toll went over 1, 000. Paradise is probably not going to be rebuilt.