DEAR GOD; THEY CAUGHT THEM ALL! 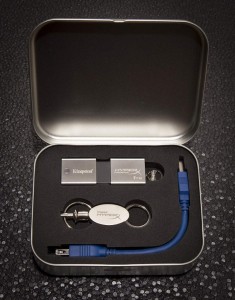 UPDATED THURSDAY JUNE 19 3:00 PM EDT See Bottom — Thanks to my long-time former colleagues from the Intelligence Community, whom I worked with in my years with the FBI Joint Terrorism Task Force, from both inside and outside the US, I am pleased to be the ONLY media outlet to be able to report this extraordinary information . . . .

The jig is finally up.  The Dominoes are all in position to be knocked over.   The “elite”  have phoned, faxed, and emailed many of themselves right into prison, or worse. (When the public finds out, probably “worse.”)

At the meeting in Helsinki, Finland, between Presidents Putin of Russia and Trump of the USA, the Russians gave to Trump at least 160 TERABYTES of Russian Intelligence Intercepts which expose horrifying activities of many, many, people to deliberately foment social, cultural, and political chaos, violent riots, demonstrations, media smears, phony scandals, and fake news.

Some of those intercepts reveal who has been financing weapons, supplies, travel, hotel, vehicle rentals and secure communications gear for Terrorist groups, inside Syria, Iraq, and terror attacks in Europe and the US.

Among the intercepted communications are mostly international phone calls, faxes, emails by members of the US Congress, US Senate, federal Judges, state-level elected officials from California, Oregon, Washington, New York (City & State), New Jersey, Connecticut, Massachusetts, Maryland and Virginia.  Once those communications left the United States, they became fair game for any country to spy on.

A great number of these communications were encrypted, but Russia has found a way to BREAK much of the encryption!  And as part of their effort to improve relations with Trump, they provided the original encrypted versions of the intercepts AND the key which decrypts them so the US can use US-obtained intercepts (which may still be encrypted) along with the Russian-provided decryption key to prove the info is accurate and unedited!!!

Numerous high-ranking officials and well known wealthy people have been caught red-handed scheming together and with foreign governments along with radical leftist billionaires both inside and outside the US, to foment — and finance — extraordinary acts of political, social, and cultural chaos including riots, violent attacks, political unrest and more.

Some high-level MANAGERS at gigantic social media companies have received literally millions of dollars in pay-offs to establish or use under-the-radar company policies to impose severe censorship on certain views and to silence certain people; often times without the knowledge or consent of the Highest Executives or Boards of Directors of those companies!  These pay-offs USURP actual executive power in some giant social media outlets.

High level mass-media Producers, Editors, and some Writers in the US, UK, and elsewhere in Europe, have been paid-off with VAST sums of money to launch phony media smears. Push scandals. Create and report FAKE news stories.  All to sew dissent, foment unrest, cause political and social instability.  When this information is revealed. MAJOR (Like REALLY MAJOR) news outlets will be completely ruined.  Their company stock (or that of their parent company) will plummet to zero because their credibility – their believability – will be utterly destroyed.  Ad revenues will plummet because the public simply will not trust these outlets anymore.

A very significant number of US INTELLIGENCE COMMUNITY persons are also, sadly, caught.  It is now clear there is a cadre of people inside the US Intelligence Community, who have been misusing their positions to do things they were never cleared to do; the kinds of things that get people Indicted, tried, convicted and . . . . executedunder our federal legal system!  Yes, you read that right: certain specific US Intel people could literally face the death penalty for some of the things they have now been positively caught doing.

Even more sadly, a very few high-ranking US Military officials have also been caught.  Intercepts from field communications are going to send some of those Officials to Leavenworth for the rest of their lives.

Moreover, a very significant number of employees/officials inside the US State Department have coordinated activities the likes of which will make the American people recoil in horror.  In fact, I was explicitly told

“Foggy Bottom (the nickname for the State Dept.) is turning out to be THE epicenter of evil for a lot of things . . .”

Worst of all, some of the Signals Intelligence grabbed-up certain well-known individuals inside the US Department of Justice.  What these people have done will no doubt smash the reputation of the legal system for decades.  Not only are some people inside the Justice Department going to prison, their liability for things they’ve done WITHOUT AUTHORIZATION, will expose them to personal liability which will utterly destroy them and their families civilly.

At the highest levels of these intercepts are allegedly names like Soros, Rothschild, and very recognizable others.

During that meeting, Putin laid out the inner workings of the vast global network of “elites” and the activities they have engaged in to bring wars, refugees, all manner of social and political chaos to countries around the world, much of it in the USA.  Russia even provided charts showing “organizational” structures (which are not really “organizations” but more defacto operational realities); who is tasked with what topics or activities,  how much they have been paid and by whom.

In total, more than 160 TERABYTES of this type of data was given to President Trump in the form of 1 Terabyte USB Flash Memory Drives.   The USB drives are  DataTraveler® HyperX® Predator 3.0 USB Flash drives which hold 1 terabyte of data each. 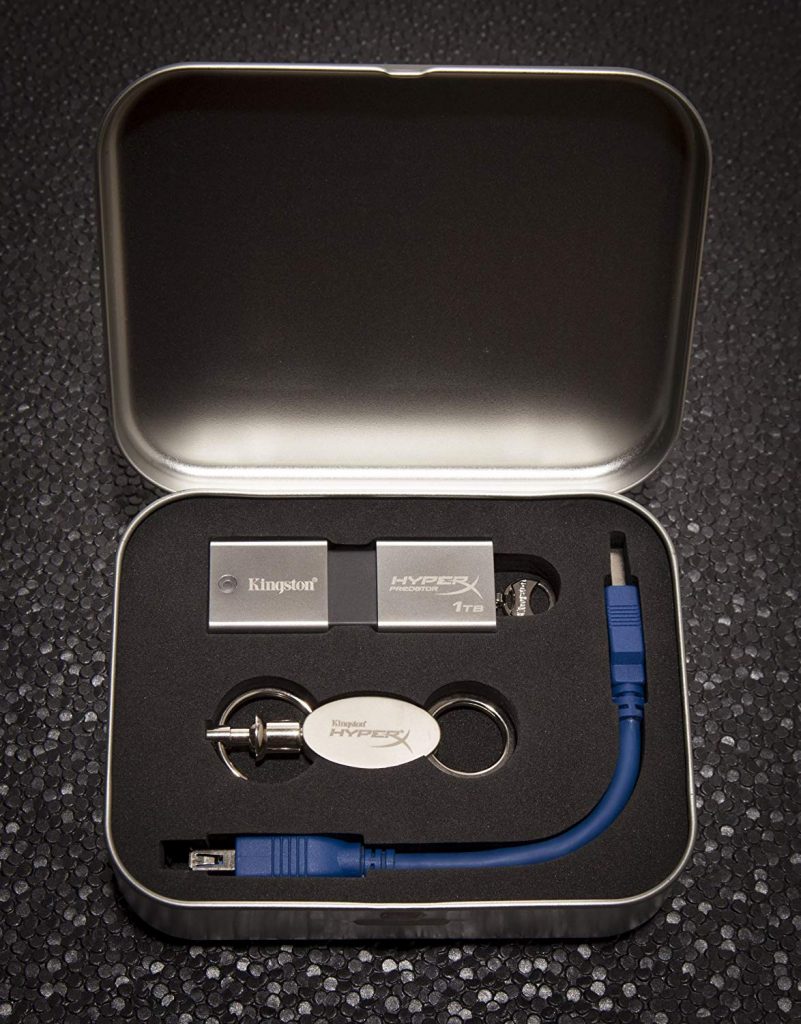 The level of criminal conspiracy is so enormous, and the global scale and reach of these efforts is so gigantic, it boggles the mind.

Bankers and titans of industry are also involved. I can also report that Union bosses figure prominently in the intercepts.

The opposition to BREXIT is being funded and orchestrated by people on BOTH SIDES of British politics and the motivation is two-fold: They want Britain to remain in Europe to lessen its power and, they HATE the Royal Family.

According to the information given to me, some of the most virulent Torie “Remainers” joked with like-minded Labour members about “looking forward to the day when Britain sheds it archaic Monarchy and comes under total rule by the EU.” These are ELECTED officials who are literally trying to destroy the sovereignty of their own country!

Turns out, Bill and Hillary have been under surveillance since Bill was first elected President in 1992.  Almost EVERY dirty deal, alleged shake-down, alleged kick-back, and some things described to me as “the ultimate acts (plural) of nefarious nature” are all neatly recorded and indexed by Russia.   Now, I’m told, President Trump has it all.

Trusted elements inside the Trump Administration (who have been sworn to absolute secrecy, even ordered to flatly DENY the very existence of this material in order to maintain security) are being tasked to sort through, analyse and catalog all activities turned over by Russia; paying particular attention to any activity which resulted in violence, death or property damage, so as to be able to criminally prosecute ALL the Conspirators based on any end-result violence or property loss/damage.  Whether the Conspirators intended such acts or not, the acts themselves “were a foreseeable consequence” of their efforts, thus making them ALL guilty.

Working from the top, these trusted elements inside the Trump Administration will take each effort and follow it down to the end results, documenting any acts of state-level violence, which thereby makes ALL participants in that entire effort subject to Conspiracy charges.  Conspiracy is the likely charge as opposed to bringing Racketeer Influenced Corrupt Organization (RICO) cases, because RICO cases require predicate felonies which often had not occurred.

I asked if any of this evidence can actually be used in court since none of it was obtained via Warrant?  I was told that ALL of it is admissible because the United States did not solicit the information and had no part in it being illegally obtained!  Thus, there is no “fruit of a poison tree” to block admissibility!

Literally HUNDREDS of ultra-wealthy and/or very high profile people are about to have their entire existence caught-up in the wheels of justice.

And as a person who has been caught-up in the wheels of justice myself, I can tell you those wheels may turn slowly, but they GRIND UP everything and everyone they encounter.

I am not yet privy to particular facts or incident covered by this material.  I am told to expect to get information, but no time frame was told to me.

It seems as though the Putin-Trump meeting in Helsinki has, in fact, become the worst nightmare of a whole slew of people.

Prior to the summit, many people took extraordinary efforts to try to derail the meeting altogether.

After the meeting, those folks and their minions are making enormous noise about anything they can.

They’re worried they’re caught.  They think they might be caught.   I can report tonight, they are right to worry; they ARE caught!

They think that creating distractions through scandals will prevent them from being held accountable.  It won’t.

The jig is up.  The dominoes are about to fall.

Some of these people would do well to get their affairs in order and commit suicide.  Because when the truth comes out about what they’ve been doing, and the things they’ve done, their world will be smashed by the legal system.  Their entire existence, their fortunes and their family name will be ruined forever.

Democrat Senators and Congressmen ARE COMPLETELY FLIPPING-OUT OVER THIS; they’re calling for Congressional Hearings and to bring Trump’s Interpreter in to testify as to what was discussed and what happened in that meeting!

It looks to me THEY ARE SHITTING THEIR PANTS over this — and they should. Here’s proof:

Democrats call for Trump’s interpreter in Putin meeting to testify before Congress https://www.washingtontimes.com/news/2018/jul/17/jeanne-shaheen-joe-kennedy-want-trump-interpreter-/