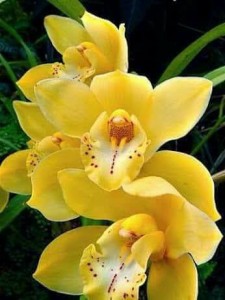 Last week somebody hacked into my computer so that the video at the link below started playing as soon as I turned it on. It purports to show the destruction of the Black Night Satellite that many people in US intelligence agencies like the NSA insist has been stopping humans from leaving the planet earth.

This news coincides with announcements by NASA of age reversing pills and faster than light travel technology that will allow us to go to visit newly discovered earth like planets.

CIA sources are also saying a secret presidential order was given to release free energy technology as well as existing anti-aging technology.

The only thing that is blocking humanity from this future of immortality and exponential expansion into the universe is now a small group of people clinging to control of financial computers at the Federal Reserve Board, the Bank of Japan, the European Central Bank and the BIS. These computers need to be physically seized in order to allow the issuance of unlimited funds to let humanity spread its wings and fly.

The individuals who have been forensically identified as blocking the funding for a new age are Janet Yellen at the Fed, Mario Draghi at the ECB, Haruhiko Kuroda at the BOJ and Agustin Carstins at the BIS. Special Forces need to go and seize these individuals and occupy the computer centers at the central banks ASAP in order to ensure the liberation of funds for the planet earth.

If these computers and the parasites who control them are removed, multiple sources in various charitable foundations are saying that not just trillions but actual quadrillions of dollars could be released to finance an end to poverty and environmental destruction as well as research into immortality and unlimited expansion into the universe.

The battle against the controllers of the Babylonian debt slavery system these central banks oversee is continuing towards final victory. Former US President Barack Obama has vanished from public view and is probably undergoing interrogation. Also last week the body of Bill and Hillary Clinton’s long term associate Vincent Foster was exhumed and was found to have two bullet holes to the back of his head meaning the cause of his death was changed from suicide to murder. Pentagon and CIA sources say this finding will lead to the Clintons being prosecuted for murder.

The death of the big Kahuna, David Rockefeller, was also formally announced last week by his family. CIA sources say Rockefeller was kept in stasis in a vegetative state for months at an Antarctic base before the family finally gave up and announced he was no longer with us.

When this writer was first informed by the Japanese authorities of a plot by the Western elite to kill 90% of humanity through disease, starvation and nuclear war, they handed me material showing that Rockefeller sat at the head of the Bilderberg Group, the Council on Foreign Relations and the Trilateral Commission and other top groups of Western power brokers. Thus he was a prime suspect as the originator of this fiendish plan.

However, when I actually met Mr. Rockefeller I had the impression that, deep inside, this man thought he was doing good for the planet. The question that upcoming truth and reconciliation investigators need to answer now is how was how his vision for a united planet earth in harmony with nature got distorted into a nightmarish genocidal plan.

The forensic trail that started with Rockefeller led to George Bush Sr. and his Nazi faction of the Khazarian mafia. These were the people linked to 911 and the Nazi take-over of the United States in 2001. From there the trail led to P2 lodge in Italy and the worshippers of the black sun.

Since then the White Dragon Society, the Pentagon and agency white hats and their Asian allies have systematically dismantled the top ranks old Western power structure. It started in 2013 with the resignation of Pope Maledict, followed by the abdication that year of Queen Beatrix of Holland, Sheik Al Thani of Qatar, King Albert II of Belgium and King Juan Carlos of Spain in 2014. Then the Clinton/Bush faction lost power in the US last November and are being pursued for their crimes. Now the Japanese Emperor has announced his abdication and his secret controller David Rockefeller has died. Queen Elizabeth of England and King Carl Gustaf of Sweden remain on the throne because they were not part of the genocidal plot, CIA sources say.

The abdications and loss of power of these high level people has exposed new, previously hidden layers of the world power structure. Japanese imperial family sources point to the mysterious Cabot family in Switzerland (the controllers of North Korea’s Kim Jong Un among other things) and their high ranking bagmen with names like Eisenberg and Rosenberg.

The battle to liberate the planet earth now rages most fiercely in the US and Japan as hold-outs of the New World Order struggle to remain relevant.

In Japan, Henry Kissinger has been giving orders to the politician Ichiro Ozawa to ensure continued cabal control of South Korea and Japan, the royal family sources say. Ozawa has been telling people here that he and Kissinger are now the heads of the committee of 300. Unfortunately, some people in the power structure still believe them. However, the truth is that they are both now ronin, or masterless Samurai destined to wander without purpose.

Prime Minister Shinzo Abe and Japanese Finance Minister Aso Taro, for their part, are on the verge of being removed from power since their Bush/Clinton bosses have lost power in the US. Abe went to Europe last week where he tried to meet the pope but was denied an audience meaning his days in power are numbered.

Japanese finance bureaucracy types are pushing for Aso to be the next Prime Minister but Aso is detested by the Japanese military and police because he has been taking bribes in exchange for selling Japan’s water resources to his French Rothschild masters.

The Jesuit run CSIS has been trying to put Aso in power because Japan is an important money machine through its secret budget. Japan’s official government budget for 2017 is 97.45 trillion yen. By contrast its secret budget is worth over 250 trillion yen. This budget comes from things like taxes on gasoline, alcohol and tobacco that generate revenue that is not subject to scrutiny by the Parliament. Of that 250 trillion yen, 200 trillion (about $2 trillion) “goes to the Americans,” and 50 trillion to the finance minister, the royal family sources say. The CSIS people in Japan as led by Henry Kissinger wish to preserve this secret Japanese revenue stream at all costs now that their boss David Rockefeller has passed away, the sources say. The US military white hats should stop Kissinger et al and redirect this revenue stream towards more beneficial goals.

Whoever is behind the CSIS is also behind FBI head James Comey and Vice President Michael Pence’s secret efforts to oust Donald Trump, CIA sources say. It now appears it was Comey who was helping Barack Obama illegally eavesdrop on Donald Trump when he was running for president.

There are also disturbing signs that US President Donald Trump is in way over his head in the battle against the controllers.

This was shown by his defeated attempt to pass a health care reform act that utterly failed in any way to deal with the criminal gang that has established a parasitical hold on US doctors and the American people. The graph in the article in the link below shows in red how much American blood-money these people are leaching,

Until we see raids on the American Medical Association headquarters and the mass arrest of Pharmacidical company executives, US healthcare costs are only going to go up while the American people’s health and longevity are going to keep going downhill.

The US military and white hats are doing a better job outside of the United States these days. Pentagon sources say. Their war on Daesh took on a new financial dimension last week with the banning of laptops in planes originating from Daesh sponsoring countries like Turkey, Saudi Arabia and the Gulf Cooperation Council, the sources say.

The Israelis, for their part, have been forced to withdraw their fake Muslim Daesh army to Lebanon as Israel finds itself under serious threat from multiple fronts, Mossad sources say. Israel was also exposed to shame last week after Mossad was identified as the source of fake bomb threats to Jewish community centers in the US, the Pentagon sources say.

The Khazarian Nazis in the Ukraine were also dealt a huge blow when a nuclear weapon was set off in their ammunition dump, creating massive explosions and depriving them of vital weapons supplies, the sources say. A video of the explosion can be seen at the link below.

The Pentagon sources are now saying they expect some sort of end game to the battle for the planet earth around July. The “[Chinese President] Xi [Jinping] Trump summit in April is to set the stage for a Trump [Russian President Vladimir] Putin summit in July to end conflicts in Syria and the Ukraine and impose a two state solution on Israel so that the global currency resent can happen,” the Pentagon sources say.