A Declaration from the People of Planet Earth 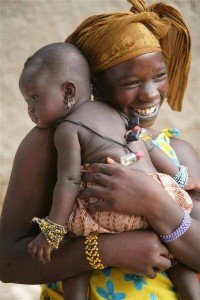 A DECLARATION FROM THE PEOPLE OF PLANET EARTH

WE make notice, and ask with the power of us all together as one, to you Virgin Mary, and company of heaven during this time in your honor to deliver this country of our Republic of the united States of America, and all nations of the world from the sufferings of its humanity, and all other living systems that until now have been hostage to the few that have no regards for truth, laws, rights, or spiritual values.

We as a humanity are more than ready to be responsible for the well being of all living systems in our planet earth, and to be educated on both common, and natural law principals of Maxims of Love which are composed of the law of freedom, the law of protection, the law of balance, and the law of intervention. Thus we are demanding the release of our “airship economy” that is backed by our earth resources, and our innate value.

We want the issuance of a monthly income, and for a lifetime for every man, woman, and child in the entire planet, and we want endless funds to those that would be responsible for, to create all kinds of projects that would empower everyone across our planet.

We want the released of all prisoners from all detention centers, and we want housing, and restitutions immediately for each and every one of them.

We want the released of all animals, and caged birds immediately.

We want an end to the crimes committed against, and in violation of both common, and universal natural law to our children worldwide, and we want/command those responsible, and their accomplices for such of atrocity to depart from planet earth faster than the speed of light now, and without prejudice.

We want immediate arrests, and or dismantling of their offices/operations/illegimated government, and or departure from planet earth anyone that is enforcing slavery system, human trafficking, fraud, extortion, involuntary servitude, murder, and crimes against humanity, and the American people.

We want the cancellation/taking away rights/extinguishing of permits and or licenses indefinitely of any news media such as news papers, radio stations, and televisions stations that are in the business of NOT doing any true journalism where facts, and reporting of the truth are vital, thus they are instead reporting propagandas, and or fabricated lies that are endangering the hearts and minds of the American people, and the world.

The time to end the infringement, usurpation, extortion, invasion, and violation of both common, and universal natural law to all living systems within our planet earth is now!

We humanity, and all kingdoms are free, and sovereign, and united consciously as one, we ought to be responsible for our own survival with the knowing, and practicing everyday of both common, and universal natural law.

We thank you all above and below.

So be it be it so