Who is the Bureau of Land Management? 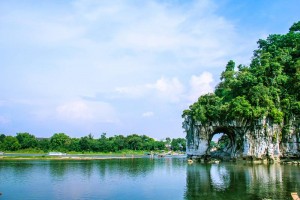 Who is the Bureau of Land Management (BLM)?

For all of you who do not know who the BLM is.

The Bureau of Land Management is assumed falsely to be an actual de jure lawful agency of a lawful constitutional governing body.

The BLM is in fact, a de facto fraudulent usurper and not in any way a lawful Constitutionally recognized agency of the Constitutional Republic.

BLM is actually a sub-corporation of UNITED STATES INCORPORATED, a private foreign owned off-shore corporation since its last incorporation in 1925, copyrighted, trademarked and registered in Puerto Rico.

Under the Reorganization Act of Washington District of Columbia, by it’s own private business charter, neither the BLM, nor any other federal/corporate agency has lawful/legal authority, jurisdiction or interstate nexus within the 50 state geographical landmass.

BLM, is actually classified as an: “Agent of Foreign Principle”, under the intergovernmental Personnel Act. In other words, they don’t represent the Constitutional Republic or the interests of the American People but rather, a foreign owned principle i.e., the international banking/military corporate cartel of London City, England known as Crown Corporation as their supreme authority.

This has been openly admitted and exposed through Supreme Court cases since and even before 1938.

NOTE: It is now illegal to mention any of these pre-1938 Supreme Court citations in a current court of law in America.

That should prove everything to you right there.

This private criminal foreign owned off-shore corporation (USA Inc.) has in fact, invaded and usurped our Constitutional Republic like a cancer invading a host body since 1871 to present.

The core issue here is that the BLM must be exposed for the invading criminal usurpers that they are.

They have no legal/lawful standing and must be deemed as an invading hostile corporate/military enemy of We The People.

This is no different than having a snake-pit of London Banksters coming to Nevada to lord over the Bundy family, which is exactly who the real bosses of the BLM actually are by-the-way.

The only issue that should be addressed is, does the BLM have legal standing?

The answer is: No, they do not have legal standing and they know it.
They just hope the American People never come to that realization.

It’s time for the American People to learn the actual truth about our real history as a nation and not all the myths and lies spewed out by our fascist/marxist collectivist controlled school systems.

The Bureau of Land Management is an Unconstitutional Agency. According to Article 1, Section 8, Clause 17 of the U.S Constitution, this agency is not only illegal, but oppressive as well.