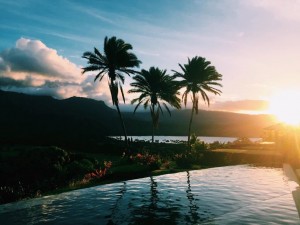 This is a few weeks published article worth publishing again since we are on the path for waking up our people from the false propagandas  by criminals  that aim has been keeping us ignorant.

We must use discernment… Further, we do not doubt that other beings might be with us sharing earth, however, we must keep in mind that we are the ultimate power from our creator first life essence. Meaning we have the God spark that ignite the highest power: force within us.

NOT for a minute underestimate our power within

Further, and for keeping in mind, any entity from Antartica connected with Skull and Bones Society, etc, is ultimate evil: does not have the least for the betterment for humanity. We say this because these guys from this society, inclusive of John Carey, the Rockefeller, etc., and or any corporal agent have been coming in and out from Antartica all the time, and for a long time! Now we are not saying that all Antartica is loaded with evil entities, as we are known that it is a large continent, however something fishy is taking place in here that we are not so clear about.

These mysteries must be expose immediately for the American people and the world.

Collected: consciously we the people from planet earth must wholeheartedly ask questions, do our own do diligent; check our intuition, and trust our god feelings! Don’t fucking believe anything until you have thoroughly research everything within, and out.

AND keep in mind that the Devil= evil= the destroyer is always there, however, when we become aware of this knowing; we are in control of our actions: our lives!

We must have courage, and confront our enemies: Destroy them before they destroy us all!

AND we are going to say something that we know for certain not  many people are going believe this, however is never earlier enough to start implanting within our consciousness the highest truth as a step ahead for our spiritual journey: And that is that all that we see: our world… everything ever created: Be: is all within our minds!

Please do not despair, as we are all cleaning ourselves from the piles of garbage within our cellular body that has been there for billions of years piling up. This truth with time we will be able to see it: experience it each one individually. AND this is awesome! Fantastic!

THEN, and only then we all would remember what we are saying here. So be good to yourself: your cells: others, and our creator would be most happy leading us through the ultimate path that we are here for in the first place: KNOWING who we are!

BE the beautiful you! Be courageous! Be discerning! Be the power that be! Connect with others… Form ecclesia: communities… Love our beautiful little planet and honor its creations… Remember that ONLY united as ONE we’ll overcome surviving this physical journey. DO not forget this.

Love for all, all ways, always.

According to a retired FBI and career military source, US Special Forces acting under the authority of the Department of Defense and with other global military authorities have been arresting members of a Satanic pedophile group that has infiltrated multiple levels of government in the United States, European Union, and other national governments. The numbers of individuals associated with the global pedophile group according to the source, who chooses to remain anonymous, has greatly exceeded what the military had expected.

The retired FBI/military source shared a six page report of what the Special Forces had discovered with secret space program whistleblower, Corey Goode. Goode says that he has known the source since 2008 when they met in several courses organized by the Department of Homeland Security.

In a personal skype communication, Goode shared certificates of two courses he says he attended with the source who sat by him, and where they had “a conversation about conspiracies, ET/UFO/SSP.” Goode’s long association with the source and his military/law enforcement background supports the reliability of the information he passed on to Goode.

On August 9, Goode released an update about what his FBI/military source had told him. He begins by describing the history of his relationship with his FBI/Military source:

I have recently had meetings with a highly placed contact. I met him in the FEMA Mass Casualties response course when I was still in the Texas State Guard. He stopped talking to me when I began Cosmic Disclosure. He suddenly contacted me again right after the elections had concluded. He shared a cluster of Intel with me before going dark again… Until now.

For those who have followed Goode’s information, he says that inearly 2016, he was abducted multiple times by personnel from a US Air Force run secret space program that were trying to find the sources that were leaking him sensitive military information.

Apparently, the USAF run program determined that Goode’s information was accurate and coming from off-planet sources. The senior USAF officer running Goode’s interrogations, “Sigmund” then began sharing sensitive information with Goode about Antarctica, and arranged for him to give briefings to select aerospace officials. In return, the USAF space program wanted to learn what Goode’s off planet sources were telling him.

Shortly after the positive change in his relationship with the USAF Secret Space Program, Goode’s FBI/military source began sharing information again. Goode wrote about what his source had told him immediately after the election of President Donald Trump:

I had reported that there were teams of US Special Forces that were conducting domestic surveillance and investigations of a Satanic group that had infiltrated all aspects of government agencies and the military. These Special Forces teams have been in place since the middle of the election cycle.

Apparently, a week ago, a new level had been reached in these Special Forces arrests whereby what was occurring needed to be publicly shared. Goode had a six page report read to him by his FBI/military source and wrote:

He gave me this report about a week ago and contacted me again stating it was important to get some of it out to the public. I was informed that a secret report on how pervasive these infiltrations are is more shocking than what was expected. Strangely, this report also had notes from several secret grand juries that are active right now in D.C.

The report states that the conspiracy involves the majority of powerful people in within the UN, EU, US, State and local (City) power structures. These government organization are completely complicit in what is going on. All the way down to local Post Offices and Police Offices. I have to tell you, this was a very creepy report.

These military investigators have expressed their shock and anger to their superiors as well as their desire to take them down. They report that it is so systemic that they are at a loss of how to counter and defeat these people without a military coup, which would involve US Special Forces and trusted “Military Contractors” that come from Alliance countries (And are already in place in the US).

Goode goes on to reveal that some Special Forces have been summarily executing some of these Satanic pedophiles, and have been taken off the investigation:

Some of these Special Forces Investigators have been removed from the investigation because they are HIGHLY suspected as being involved in torturing and killing some of these low level “Pedo-Gate” suspects. The scope of this cult takeover of government is shocking to even the people that think they have seen it all. They can’t figure out how the government was infiltrated to such a degree.

In our skype communication, Goode added:

Most of these SF teams have been directly involved in investigations of crimes against humanity in places we would all recognize…. They have “seen it all” in other countries and are shocked at what is occurring in the West under their noses.”

Goode’s information is well supported by the research of authors such as John DeCamp who wrote about the Franklin Cover-up, which detailed pedophile rings abusing children that compromised senior politicians in federal and state governments. More recently, Robert David Steele, a retired CIA/USMC official has also been speaking about the high level pedophile groups that have infiltrated many governments.

In a related development, Goode shared in our skype conversation that he has also been warned to back off his disclosures about military research and development activities in Antarctica:

I received ANOTHER warning for US (Everyone I work with) to NOT report on the R&D or Space Port facilities in Antarctica…. Info on Ancient Civilizations is fair game, info on the R&D Facilities is deemed too sensitive to report. If we continue to report on this topic they will attack us relentlessly and make it impossible to get any of the other information out.

Goode also shared that the R&D facilities on Antarctica are massive in scale and activity. He was told that “the ‘Dulce Base’ stories are nursery rhymes compared to what is going on there”. Most disturbing is the extensive collaboration with a Reptilian extraterrestrial group called the Draconians in Antarctica. He said:

Dracos work with people on the base and oversee the operations of the bases. They work along with humans in the lower levels while people on the upper levels never see or hear about them.

In a detailed 18,000 word report on the Dulce Base written on September 25, 2003, I covered the extensive human rights abuses occurring there, and the involvement of Draconian Reptilians. It is therefore not that surprising that the same thing, albeit on a much larger scale, is occurring in Antarctica.

The extensive collaboration occurring in Antarctica at secret industrial bases with Draconians underscores the importance of dealing with global pedophile rings. These rings have been claimed to be the means by which children are covertly taken to these Draconian controlled bases and abused.

In his August 9 update, Goode emphasizes the importance of a global meditation scheduled for August 21 at 11:11 am Pacific Coast Time.The meditation will coincide with a conference being organized at Mount Shasta where Goode and I will be speaking.

The meditation is a very good way to begin mobilizing global support for what US Special Forces are doing to help remove heavily compromised individuals from positions of authority, and stop the systematic abuse of children.