Tell the Truth to the People 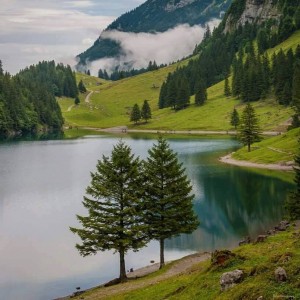 “A truth that’s told with bad intent beats all the lies you can invent.”

Well, last night was surreal. What a bizarre end to what was a giant crock of shit election cycle that we were made–yet again– to witness and even participate in yesterday. If you voted I hope you kept the sticker because that was the only thing of real value you got out the event.

Hillary, the cloned body double career criminal with occult allegiances and several pending federal investigations, matched up against a very human, very flawed New York elitist, sexist, racist, xenophobe who averts taxation and avoids prison through bankruptcy law without even the blink of a remorseful eye.

Is this really the best America can do? Are these the only patriotic heroes we have left? Has the Republic’s cupboard really runneth this bare? Or are we that fucking asleep as a nation as not to realize our political system is not only rigged, that corrupt, but 100% fake?

Yet over 105 million Americans voted for these two STDs in what we belied to be a fair binary election choice system. Syphilis squared off against herpes last night, with herpes festering strong late to a massive puss-filled win. By the way, gonorrhea and chlamydia came in a distant third and fourth respectively.

Boy do we need some penicillin of truth before January 20, 2017 rolls around and Hunting Paul and Fighting Joe’s souls go up on the auction block. Lies gentlemen are lies, anyway you cut it, and because you know he truth you are now obligated to share it by universal law.

So let’s begin shall we.

Remember back when the USA, Inc went bankrupt in December 2012, and was disbanded by the Roman Catholic Church’s CEO, Pope Francis on September 22, 2015?

Remember, also when Speaker of the House John Boehner resigned publicly? Did you know USA, Inc.’s President and Vice President were also made to resign at that time, Barry Sorreto (Barack Obama) and Joseph Biden (Jesuit agent).

That means the entire cabal USA, Inc. was null and void prior to these elections last night per international law and the Constitution Thus, the election we all just witnessed, for the vaunted Presidency of the United States, was really just an mock exercise with the prize being nothing but a defunct corporation title that legally no longer exists.

Meaning, our elections since 1871 are complete wastes of time, as all have been bullishit pageants with pre-determined winners based in pure fantasy outcomes, perpetrated by a usual suspects of media liars, faux pollsters and political operatives who’s sole job it is to create a believable false reality in order to keep the general public enslaved under Jesuit/Dark Nobility control for another four years.

How’s that for truth to power? Incredible. If it wasn’t so true it would be fascinating. But since it is. And thus terrifying. And Flaccid Paul along with Feckless Joe said absolutely nothing.

Look, over 105 million people voted, but those votes only appeared to count in the an illusionary public election, that it didn’t mean anything… kind of like a pre-season NFL game. Yes, they play it, score points, but none of it counts for either teams–red or blue colors. You got played! Again!

At least this time benevolent powers that be are acting in your favor versus the cabal insaniacs. Oh, and the cabal played their normal bogus parts perfectly in order to get amnesty, and yes, probably a currency exchange appointment.

Again, sad if not true, which makes it horrifying. Yet here we are living in a fantasy reality, waiting for reality fantasy to become our post redemption norm. God has such a great sense of humor, doesn’t He?

Folks, your real President of the Republic of the United States, per the Constitution and restored Republic electoral college is Speaker Paul Ryan–who was sworn in last October 2015, with interim Vice President & Joint Chiefs of Staff General Joseph Dunford–who has since retired from active military service. That’s the Republic’s dirty secrete. They were in power. Score last night’s election.

We know this because President Paul Ryan and Vice President Dunford have been signing international treaties (Paris Agreement, Iran Nuclear, Iraq Sovereignty) and classified military attack orders as both President, Vice President and Commander and Chief since The same time last year. They don’t tell you because they think less of you intellectually–they. Eli’s e they are in control of your destiny.

Why? How? Who? What? Dude, pass whatever you’re smoking ’cause this is getting good.

Then Congressmen Paul Ryan Wisconsin was put into position by the old and new PTB back in 2012 when Mitt Romney choose him to be his Vice Presidential candidate. Meaning, the Dark Nobility always had Ryan in their sights as a future leader when it was mutually agreed upon with the Russians, Chinese and White Hat Republic leaders that indeed Paul Ryan would become the first restored Republic President circa October 2015.

So yes, not only did the Russians fix the elections, so did the Chinese, Jesuits and the White Hats in the Pentagon a la Mr. Dunford. None believed you could handle the truth, so they all. choose to lie.

So to summarize this insanity, the Dark Nobility/Vatican saw the writing on the wall with the emergence of the Russian/Iranian/Chinese/Indian military/petrol alliance and decided to take an amnesty deal and preserve whatever empire they had left, including the reputation of the Catholic church globally.

They then willingly sacrificed the American arm of the cabal including the Rockefellars, Bushes, Clintons and Obamas without their knowing and set them up to stage this
elaborate transition ruse; whereby, reality TV star Donald Trump would breeze through the Republic primaries and ultimately become President, with Paul Ryan quietly doing his Republic Presidential job covertly as Speaker of the House in association with General Dunford who controlled all military operations for obvious reasons.

This way, they could manufacture another bogus inauguration on January 20, 2017, and soon after, “President Trump” could quit (say for health reasons or scandal –voter fraud), which would allow Speaker of the House Paul Ryan to become interim President, and theoretically be a 3 term President of the Republic because he wasn’t elected for his first interim term.

Ryan’s ability to implement change with a totally Republic House, Senate and Supreme Court–not to mention a debt free starting position post golden jubilee–and massive amounts of new cash flow from citizen currency exchanges–would catapult him in to the hearts and minds of all Americans as they greatest President ever.

Too much? Too soon? Too far? Wait there’s more…

China, Russia, Iran and India would all get their top American bureaucrat choice with full control of American politics for over a decade, so that macro geopolitical progress could and would move on with everyone singing kumbaya.

So What everyone witnessed during this election cycle was a page agent put on the Russians, Chinese, Republic and Vatican in order to sooth the transition from USA, Inc rule of the American people, back to Republic of the United States sovereignty over their own affairs–including their money–which they actually began printing in 2013–i.e.
the money you have right now.

That’s how long this whole plot was being hatched and implemented, and began to be publicly unwound last night, when they gave you a rigged election in favor of Donald J. Trump (aka Herpes). Trump new he would win, that’s why he took the part in the first place. And I say part because the Republic, Russians, Chinese and Vatican hired an actor to play the part of the GOP nominee and 45th President-elect.

Think about it, if the USA corporation had defaulted and the Republic already come out of bankruptcy court, how could anyone win an election that had no diplomatic substance behind it? Unless, it was a scripted pageant to keep the masses calm, and within normal election expectations, that were never real in the first place.

Has your face melted yet? No? OK, let’s continue…

Another bogus concept to explain comes on January 20, 2017, when old President Obama peacefully transitions power to new President Trump–yet Obama has no authority within the new Republic to give Mr. Trump anything of political or diplomatic substance, so that too will be nothing more than another scene in this bizarro-world pageant.

Sadly, the NPTB believe these “good lies” are all in the best interests of the general population because Americans are so freaking asleep they wouldn’t notice the difference. And even more sadly, they’re probably right. Wait, I know they’re right because nobody today was making a stink let alone burning TV stations or GOP / DNC national headquarters down for flat out lying to the American public.

Nobody knows because nobody really cares… and everyone reading this would care less a long as they get paid.

Wake up folks. Because come January 20, 2017 Hunting Paul and Fighting Joe are going to spill the truth beans as they must by international and universal law (aka GESARA).