Sons and Daughters of the Revolution 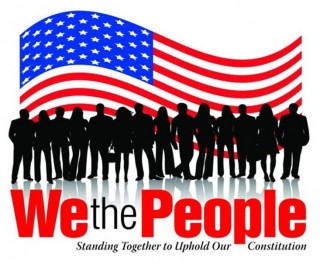 This one is by James Belcher. I titled it— “James Belcher, July 4, and Sons of the Revolution”

****James Belcher is co-author of “You Know Something Is Wrong When….An American Affidavit of Probable Cause”****

My ancestors splashed ashore in 1630 and helped found the City of Boston. They built the Old South Church and served it as parishioners and ministers on and off for two centuries.

They attended Harvard and founded Princeton. Their family crest was the model for the Great Seal of the United States. They lived in Braintree, Massachusetts, where they were landowners and lawyers at the same time and in the same place as John Adams. Like him, they were patriots. My direct ancestor, William Belcher, served with the Connecticut volunteers as a Lieutenant Colonel in the Battle of White Plains and other actions throughout New York. I am, as a result, a Son of the Revolution.

As we come up against the 240th anniversary of The Declaration of Independence, I have to wonder what my ancestors would say to me now. I can hear grumbling and see shaking of shadowed heads in tri-corn hats. What is our nation thinking of? How have we gone so far astray?

Yesterday— I read an article Nancy Battle posted and which Arnie Rosner reposted—- supposedly written by a Judge who, via his own route, discovered the depths of corruption and depravity within the federal and judicial systems. As part of his conclusions, he presented the Founding Fathers as self-interested and greedy men, who, when they penned the famous words, “We, the People” and spoke of “our progeny” meant only their own progeny.

Nothing could be farther from the Truth.

It is a disservice so vile that I feel compelled to mount my bully pulpit and point out that the word “people” means “militia” in Hebrew, and that is and was and still remains its meaning: “We, the Militia….” Those who keep and bear arms. Those who guard the sanctity of our peace. Those who stand against tyranny and for the rights of Everyman. Those who fulfill the responsibilities and claim the rights of Americans. We, the People, the Militia.

And the progeny of the Militia, too.

Clearly, it is only the smallness, the sneakiness, the greediness, the corrupt modes of thinking and being with which the “judge” has been inured and associated that led him to make such an outrageous claim against the character and the motives of our Founding Fathers. His glass has been colored, not by time, but by relativism and double-speak and the appalling intellectual dishonesty and immoral self-interest that has become a contagion, especially among those entrusted to act as the interpreters and caretakers of law in this country.

The Truth is that after eight long years of war on our own soil, the American Militia was as exhausted as the British forces with which they contended. Britain stood at the beginning of the Industrial Revolution. It’s factories were starved for American lumber, American cotton, American flax, wool, tobacco, and other cash crops, while the Americans were starved for hard currency, peace, and access to ready markets for their raw materials.

The Americans had no Navy to speak of, only a commercial merchant fleet that was easy prey on the High Seas. The British had the best Navy in the world. In view of their mutual needs and the circumstance in which we found ourselves, the King and the Founders reached an agreement that protected our commercial fleet and restored our economy while feeding the hungry British factories with American raw materials.

Similar to the unknown judge mistaking the meaning of the word “people” within the context of the times when the actual Constitution was written, we have been bamboozled by our own ignorance to mistake the nature and meaning of the Constitution and the meaning and power still vested in it. We have even forgotten who we are— living people born with a natural allegiance to the organic states that gave us life: Virginians, New Yorkers, Marylanders, Ohioans, Georgians, New Mexicans, Californians….Texans, Montanans, Utahans, Oregonians….

I’ve had a chance this past week to open the mail flooding our post office boxes from all over this country. I’ve read the heart-felt letters and collected the donations for our ongoing work with The Living Law Firm and the many Acts of Expatriation reaffirming the true allegiance of Americans to their nation-states. I’ve had the opportunity to think deeply about each and every one of the states joined together under The Articles of Incorporation in perpetual union, each one unique, and each one beloved.

What we have is far too precious and too dearly won to give up or give over to sophistry and evil men. Each one of us is called to be a Son or a Daughter of the Revolution. We must never forget that, nor disrespect our honorable duty as members of the People and that means— members of the Militia. For men and women to be free and to be safe, they must be and remain forever armed—armed with weapons of the spirit and the mind as well as the body.

It’s about the battles being fought every day, here and now, in courtrooms and political arenas around the world. It’s about Americans standing together, all for one and one for all, as true Sons and Daughters of the Revolution that still rages on.

This Video is a few years older but right on target!