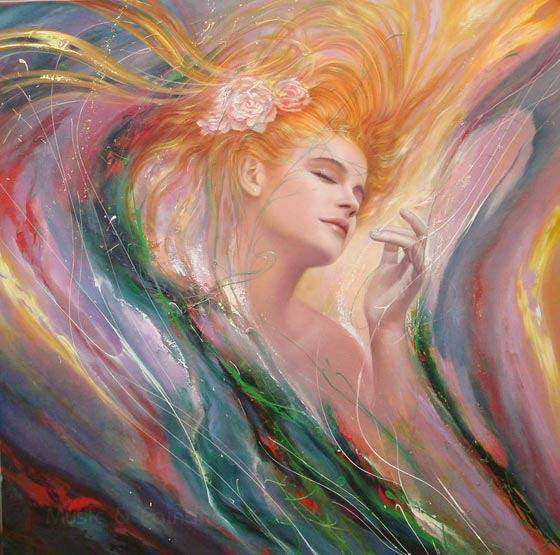 There are many concepts from the Ageless Wisdom that are worthy of pondering upon. Take a few moments of reflection with each of the following. Many have found it useful to take one concept and mull it over for a week or so. The meaning is enriched from sources which supersede the mind.

The idea that all is energy, in varying states and relationships, has led to a synthesis in scientific thought and a new understanding of the forces of the universe. As humanity develops mental capacity, we realize the creative nature of our own mental energy. The time has now come for us to unite the forces of love within the heart, with the power of the mind — to think, vision and communicate, new plans and ideas for the betterment of the human race.

As the knowledge of humanity has grown, certain basic scientific laws governing aspects of life have been discovered. Esotericism is the study and application of certain fundamental laws of the universe. These laws underlie all religion, education, government, and civilization in general; and it is with them that all life must deal. To live in harmony with the universe and to work with these universal laws is the goal and life of many today.

Love is neither a sentiment, an emotion, nor desire. Love is the action of a totally transcendent power and process within us. Love does not begin in us and end in the ones we love. It begins in a cosmic Source, flows through us, and goes on without end. The more we love, the more love can reach through us to others. When one loves truly and freely, this love is far too potent, too all-encompassing, to direct towards or at an individual, although it can be personally shared with many.

As self-conscious individuals, we gradually expand our consciousness to include family, community, nation and the human race. Planetary consciousness is the awareness that we are part of a Hierarchy of ever-expanding wholes. As we become more inclusive in our thinking, our consciousness expands and we are able to identify with ever greater systems of life. Right human relations in practice is exemplified for us in the great ideal of brotherhood — the perfected expression of group consciousness within the human race.

The Path or the Way

In the long course of the evolution of the individual, there is a point where aspiration to a higher state of being encourages us to take conscious control of our own development, and through our efforts aid in the overall evolution of humanity. This first step towards self-directed improvement is the first step on the Path. At this point on the Path we all become companions following in the steps of those who have gone before us.

The often overlooked and frequently misunderstood word “goodwill” is being discovered to be not just kindness and good intention, but the powerful, intentional, focussed will-to-good, which will result in a will towards the good of all and the bridging of cleavages within the human family. If concerned and thoughtful people can train themselves in the right use of the will-to-good, there will be a unity of effort in the cause of peace and harmonious relations.

Enlightenment for the individual human being is no longer only a visioned goal, but is a recognized reality to many people today. Through the development and use of the mind, enlightenment is discovered as a practical, revealed experience. As we, by choice, throw open the shutters of our mind to give entrance to the light of intuition, or the soul, life takes on both meaning and significance. As the light of knowledge becomes the light of wisdom, humanity is discovering both its divinity and its destiny.

In the gradual refinement of human relations, it is being discovered that we can transmute all adverse interaction into joyous and balanced right relations simply by changing our attitudes. As the principle of right relations is worked out between individuals and applied to the relationships within the greater whole, individual, national and racial harmony will result.

New Era in Consciousness as the Next Step Ahead

At the dawn of a new era we are capable of a new and vivid experience: that of group consciousness, and of self-directed evolution. In the natural process of evolution an expanding consciousness affects attitudes of mind and heart, leading to loving and intelligent forms of service. A growing sense of unity and personal responsibility for human life on Earth offers hope for the future and directly affects the daily lives of men and women.

Truth We Know is Only Part of a Larger Truth

As we register in consciousness some universal Truth, it becomes the basis of our system of values. The Truth does not change, but is in time, encompassed by yet a larger Truth which dwarfs our previous convictions. The fact of humanity as a kingdom in nature with certain definite goals, must eventually supersede the idea of the individual human being finding his or her way to selfish satisfaction in life.

Intellect Is a Bridge to a Still Higher Faculty

It is the experience of many today that the intellect is but one step in the evolution of faculty which begins in the animal instinct of the infant, and leads us through the emotional reactions of the child state, to the intellectual ability of the adult consciousness, and on– eventually and inevitably — to the intuitional capacity and knowledge of the spiritually adjusted human being.

New World Order Based on the Brotherhood of Humanity

The time must come in the history of the human race when so large a number of people have awakened to the finer spiritual issues and values that the old attitudes and activities will be rendered eternally impossible on a large scale. The goal of the new world order is surely that every nation, large and small (with minorities given equal and proportionate rights), would pursue its own individual culture and work out its own salvation, but that each and all should develop the realization that they are organic parts of one corporate whole and should consciously and selflessly contribute to that whole.

From the point of Light within the Mind of God

Let light stream forth into the minds of men.

From the point of Love within the Heart of God

Let love stream forth into the hearts of men.

May Christ return to Earth.

From the center where the Will of God is known

The purpose which the Masters know and serve.

From the center which we call the race of men

Let the Plan of Love and Light work out

And may it seal the door where evil dwells.

Let Light, and Love and Power restore the Plan on Earth.