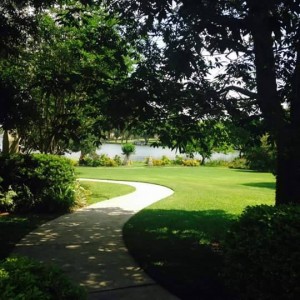 What is a Constitution?

Most people think, especially those who have been coined and labeled negro, colored, black, etc., that the Constitution was written by, for and of Europeans. However, they are in GRAVE ERROR!

As stated in the preamble itself, one of the purposes for posterity, was to form a more perfect union, (which indicates at least two things coming together), to ensure domestic (home) tranquility is another, etc. etc.…. The Union they are talking about is the European colonist and any and all others who were adopted, or may be adopted / naturalized into the constitutional fold of government of America under the “United States of America”. The American Constitution of 1791 formed the “United States of America” (separate entity), of which was comprised of the Union States and those who were / are members /citizens of it, are NOT the aboriginal and indigenous people of the land, and can never be.

The American Constitution is the Supreme Law of The Land AND is where ALL authority is derived. It is NOT to be confused with any other constitutions, i.e., State’s constitution.

Any and all State Constitutions derive their authority from the American Constitution /Supreme Law of the land and CANNOT abrogate / violate the rules of law enumerated in it (See Article VI). Thus, there is no such thing as their law / our law in terms of governmental and societal rules of law. NO ONE can form a state or establish a government or government entity or agency, at any time, for any reason, on any day, that violates the Law of the Land.

What they (corporate State’s) did, and do, is create Ordinances, Statutes and Codes, which are NOT LAW and with that trickery, the unknowing people are violated because they do not know what law is and what law is not. Unfortunately, those ordinances are usually scribe to violate the existing rules of Law enumerated in the Constitution to protect the rights of the people, and they are Res Judicata. Because one has not read, and / or does not enforce the Law of the Land, and are not clear on their political (nationality) status, and their domicile (civil) status, they DO NOT recognize it.

They have NOT been taught Law (constitution) in schools (purposely). That ought be an early education course as it bestows a sense of self awareness, self determination, and self worth. That is why you must do it yourself at home if nothing else.

The Supreme Law of the Land is the American Constitution of 1791, also referred to as the North American Republic Constitution FOR the United States of America. That is where the ‘other’ citizens rest that can, and do, molest you. It is the National Constitution for all who domicile on the American land, which by the way, without doubt or contradiction, is the Ancestral Estate / National Domicile of Moors, and their many family (tribal) appellations. Some of them were denationalized as ‘Federally Reserved Indians’ a while ago, and thereby come under the Bureau of Indian Affairs (BIA) if they have not proclaimed otherwise. Consider the federally reserved Indian tag as the first leg in the process of de-nationalizing the aboriginal and indigenous people, and consider the labels negro, colored, black, etc., as a continuing of same.
The National Constitution is established to protect, secure and preserve the unalienable/inalienable birth rights / liberties of the people, and to ensure they are NOT molested by ‘other’ citizens, particularly those who were adopted into the constitutional fold of government and granted domicile on the land. Yet the molestation and violation of those Birth Rights and Liberties is EXACTLY what has happened, due to lack of knowledge. Violated by those who have a usurping agenda to rob the natural people and the earth, of its resources. At this juncture there is no need to ask why, that requires a different social / psychological study.

Politically, one way to recognize them is by the terminology “Democracy’ (demo, demi – meaning inferior), just as vicar means substitute. So it is a substitute government in opposition to the Law of the land. If anyone chooses to create and /or participate in a ‘demi-government’, they are in their own private club and that is their choice.

However if they are performing legislative, executive or judicial capacities, they are violating their undertaking to support the law and cannot have a seat in this government. They need to (expatriate) go to some other land not this one.