Whether indoor, outdoor, seasonal, or food related, most of us have experienced them or have known someone living with allergies. However, many have never thought of, or even considered, the effects of electromagnetic signals on our health. People have been talking about it, and speaking out about it for years, but newer studies have recently confirmed that what they are saying is true. Large numbers of people across the United States are claiming to have illnesses related to this technology. In fact, some people have been so sick, they moved to an area known as Green Bank, West Virginia, from across America, to avoid mobile phones, Wi-Fi hotspots, TV and radio transmissions. As of 2013, 36 people have relocated to Green Bank.

“A small remote town where Wi-Fi is banned has become an unlikely haven for people claiming modern technology has been making them ill. The so-called ‘Wi-Fi refugees’ are flocking to the tiny settlement to escape painful symptoms including burning skin, chest pains and acute headaches. The sufferers argue the affliction – a condition known as Electromagnetic Sensitivity – has been eased by the move and report feeling much better.” —Mail Online 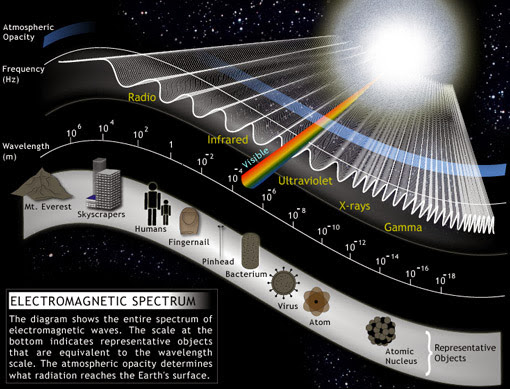 HAARP, EMF’s-Designed To Keep You Sick & Kill You!

Here are the most common symptoms of electromagnetic sensitivity: —A warm or burning sensation in the face somewhat like feeling sunburnt —A tingling or prickling sensation across the face or other parts of the body —Extreme dryness of mucus membranes such as the back of the throat and eyes —A swelling of the mucus membranes such as nose, throat, ears and sinuses without any infectious cause —Problems with concentration, loss of memory and dizziness —A feeling of impending influenza (flu) that somehow never quite breaks out —Headaches and nausea —Teeth and jaw pains —Aches and pains in muscles and joints —Cardiac palpitations Although there are some things you can do to decrease the amount of EMF in your environment, there is no way to get totally away from it. Especially with the presence of HAARP and the many ‘activities’ they conduct in our atmosphere.

The sad thing is that estimates clearly reveal that 4 per cent of the UK and US population could be affected by EHS. However, despite nearly thirty studies that have been carried out, which confirm this, Sweden is currently the only country to recognize it as a medical condition.