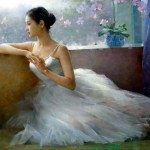 Attention to all American citizens, this vaccine is a deliberately form of genocidal against our daughters when they are in their teens. This is intentionally to ruins their reproductive system, and even paralyzed them, and or kill them. Each day hundreds of female young are affected by this atrocity, of which public school, churches, health care agencies, or should we say “genocidal agencies”, hospitals, and private doctors are involved; pushing this atrocity in order for them to make profit on the ignorance of the American people that lost the ability to critical thinking, thus it depend on criminals to do it for them.

KEEP in mind that YOU/WE are the one responsible for the health of our children.

KEEP in mind that YOU/WE, when accept to follow order from criminals, are just as guilty of not protecting our young generation from harm.

Vaccination is genocidal against humanity whether you accept/believe this or not.

A society that do not protect their young; their children, do not deserve to exist.

A society that practice Cannibalism do not deserve to exist.

Keep in mind that government, and or the word government is a trap. Actually the only government that exist is yourself–you govern yourself; you have courage to say no, and you have courage to say yes, and able to use discernments, and able to being able to critical thinking…, you are on the lookout to be of service to your family…, your neighbors, your community… You are a human being with integrity, and that is not bound to take order from anyone that would cause harm to other, and to yourself.

Be a human being. Be of humanity. Humanity means of a race.

A decade after Judicial Watch exposed the dangers of a government-backed cervical cancer vaccine, a federal lawsuit highlights its perilous side effects including paralysis, seizures, nausea and death. Litigation was initiated by disgruntled parents because the government is still pushing the hazardous vaccine, manufactured by pharmaceutical giant Merck, on children as young as nine years old to treat a sexually transmitted disease.

The vaccine is called Gardasil and in the last ten years Judicial Watch has uncovered troves of government records documenting its harmful side effects. The vaccine was scandalously fast-tracked by the Food and Drug Administration (FDA) and was ardently promoted by the Obama administration as a miracle shot that can prevent certain strains of cervical cancer caused by Human Papillomavirus (HPV). Instead it’s been linked to thousands of debilitating side effects, according to the government’s own daunting statistics. This includes thousands of cases of paralysis, convulsions, blindness and dozens of deaths. Back in 2008, after receiving the first disturbing batch of records from the Centers for Disease Control and Prevention (CDC), Judicial Watch published a special report detailing Gardasil’s approval process, side effects, safety concerns and marketing practices. Undoubtedly, it illustrates a large-scale public health experiment.

Regardless, the government has continued promoting the vaccine while covering up its debilitating side effects, recommending it for girls—and more recently boys—starting at age 9. The Obama administration gave dozens of state and municipal health agencies tens of millions of dollars to boost the number of adolescents that get Gardasil. This includes targeting low-income and ethnic minority populations that receive “culturally sensitive” intervention in a variety of languages, including Spanish, Mandarin, Armenian and Korean. U.S. law forbids lawsuits against vaccine manufacturers, but Judicial Watch has obtained records from the Department of Health and Human Services (HHS) revealing that its National Vaccine Injury Compensation Program (VICP) has awarded nearly $6 million to dozens of victims in claims made against the very HPV vaccine it is pushing on children.

In 2014 a physician who worked at Merck denounced Gardasil as an ineffective vaccine with deadly side effects that serves no other purpose than to generate profit for its manufacturer. The former pharmaceutical industry doctor, Bernard Dalbergue, said Gardasil is useless, costs a fortune and that decision-makers at all levels are aware of it. “I predict that Gardasil will become the greatest medical scandal of all times because at some point in time, the evidence will add up to prove that this vaccine, technical and scientific feat that it may be, has absolutely no effect on cervical cancer and that all the very many adverse effects which destroy lives and even kill, serve no other purpose than to generate profit for the manufacturers,” Dr. Dalbergue said. He added that there is far too much financial interest for the vaccine to be withdrawn. Dr. Dalbergue’s statements were used by a member of the French Parliament as part of a broader campaign blasting Gardasil’s horrible safety record in Europe.

All these years later governments at the federal, state, county and city level are still promoting this highly controversial vaccine. In many states, parents aren’t even notified because Gardasil falls under sexual and reproductive healthcare services, which certain minors can receive without parental consent. New York is one of the states that has long offered minors confidential sexual and reproductive healthcare services. This month a group of mothers in New York filed a lawsuit in federal court because the state administers the HPV vaccine to children without their parents’ consent. The complaint lists many of the vaccine’s serious side effects and says that the 16-year-old daughter of one of the plaintiffs had to be rushed to the emergency room after receiving the shot. “She has suffered intermittent and ongoing paralysis in her legs from the HPV vaccine requiring use of a wheelchair, and when not paralyzed, has ongoing weakness in her legs, impaired life functions, and ongoing severe headaches, fatigue and nausea,” the complaint states. The mother reported the serious adverse reaction to the CDC and a nurse from the agency contacted her to confirm “this was a known reaction to the HPV vaccine and related to the HPV vaccine,” court documents reveal.