: BE INFORM ON LATEST INTEL: REPORTS 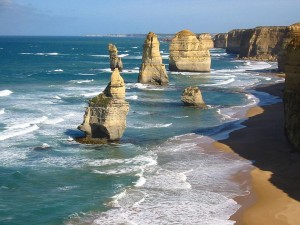 First we start by showing an excerpt from Ben Fulford this week. Full report will be out Thursday 21st:

U.S. President Donald Trump spent the weekend at Camp David with his top generals to map out the exact strategy for decapitating the Khazarian mafia worldwide, say Pentagon sources. “The Atlanta airport was shut down while the Department of Defense refused to disclose the locations of 44,000 U.S. troops who may be involved in terminating the cabal worldwide,” a senior Pentagon source said. There are now close to 10,000 sealed indictments as more and more of the Khazarian criminals give up evidence on their colleagues, the sources say.

There are also many extra-judicial killings going on. “The liberal sanctuary city mayor of San Francisco, Edwin Lee, dropped dead after an illegal alien was found not guilty in the murder of Kate Steinle even after his confession,” one source notes. “Lee’s death is a message to the Democrats and sanctuary city mayors like Rahm Emmanuel of Chicago and Bill De Blasio of New York City,” the source warns.

The Khazarian mob is also killing off lots of people. In Japan, two former executives of Toshiba, Atsutoshi Nishida and Taizo Nishimura, suddenly died in the past two months because they were about to provide evidence about the March 11, 2011 Fukushima tsunami and nuclear terror attack against Japan, according to sources close to the royal family.

In Canada, Barry Sherman, owner of the Canadian pharmaceutical giant Apotex, was found hanging dead alongside his wife Honey by the family’s indoor pool. According to CIA sources, Sherman was… (Full report will be posted midnight Thursday. ~ Dinar Chronicles)
https://benjaminfulford.net/

: With Pride for all our people…